After last weeks devastating destruction on the Gulf Coast of Texas from Hurricane Harvey the Portland craft beer community has begun a drive to raise awareness, money and items for those affected by this natural disaster. A few breweries including Montavilla Brew Works, Rogue Ales and Ecliptic Brewing will be making donations. In addition to these breweries Bailey’s Taproom, Bazi Bierbrasserie, Belmont Station, Imperial Bottle Shop and Taproom, and Final Draft Taphouse will also be joining in the Hurricane Harvey fundraising efforts.

For the past few days and ending today, September 3rd, Montavilla Brew Works is donating 10% of all of its taproom beer sales to the Houston Humane Society. Its not only humans that are in need in the Houston area as there are many pets in dire need as well. Make sure to swing by today as this fundraiser that began on August 30th ends today.

Rogue Ales has also begun a drive to collect various toiletry and basic necessities for survivors of Hurricane Harvey. Here are more details on the collection of these items through Friday, September 8th.

By Presidential Decree, I have ordered donation centers to be set up at all Rogue Meeting Halls, with proceeds going to help the good Citizens of Houston. Any charitable individual who gives 2 or more items on the below list will earn 6 Hopoes to use at any time. – Big Al Jorgensen 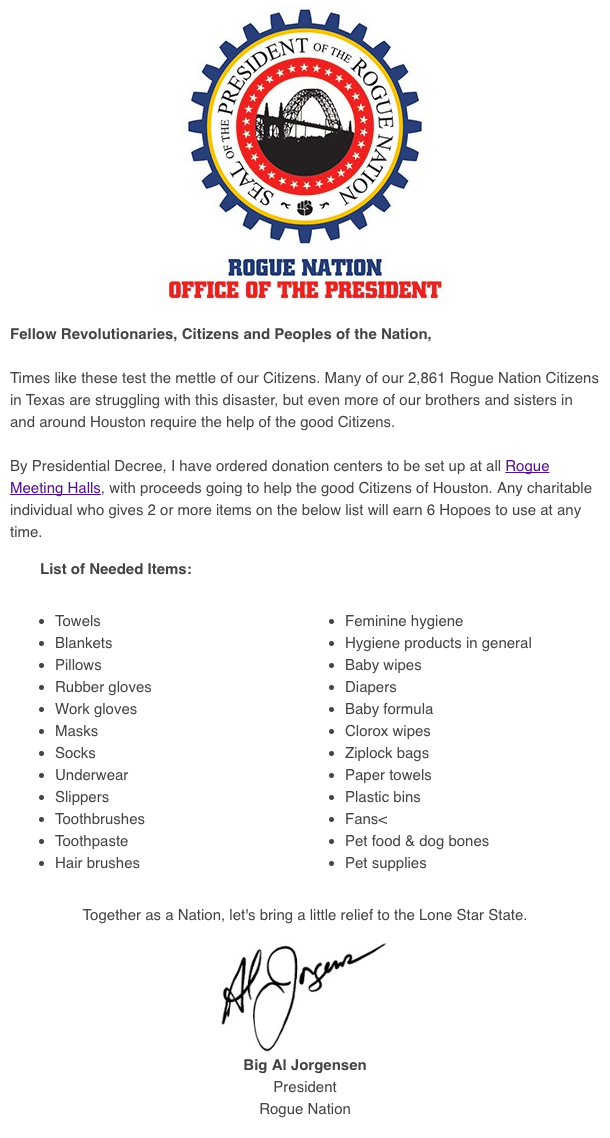 Here’s a listing of other upcoming events in the Portland area where you can drink beer and raise money for those in need right now.

Pets for Houston
Wednesday, September 5
Bailey’s Taproom, Bazi Bierbrasserie, Belmont Station and Imperial Bottle Shop will donate 10% of sales from open to close to Wings of Rescue and the Houston Humane Society. The bars will also be accepting pet food donations for the Oregon Humane Society. So far, Wings of Race has flown over 50 pets to Oregon – these are animals ready for adoption. This allows room for the displaced pets that are going to the Houston Humane Society so owners can find them more easily.
Bailey’s Taproom (213 SW Broadway)
Bazi Bierbrasserie (1522 SE 32nd Ave)
Belmont Station (4500 SE Stark St)
Imperial Bottle Shop and Taproom (3090 SE Division St and 2006 NE Alberta) 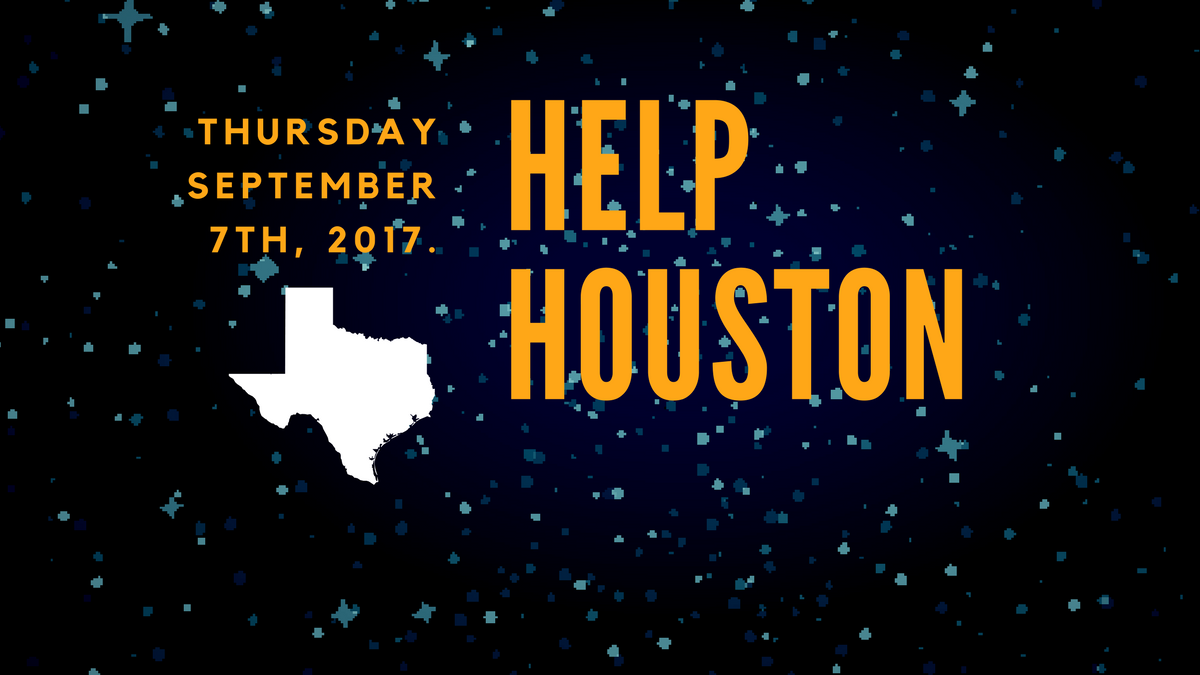 Help Houston
Thursday, September 7 – 11:00am-10:00pm
From open until close Ecliptic Brewing will donate 10% of its sales in the pub to assist those affected by Hurricane Harvey.

Donations will be made to Portlight Inclusive Disaster Strategies and the Houston Humane Society. Portlight is a disaster response group dedicated to helping those with disabilities that are affected by the hurricane find shelter, medical help, and more. The Houston Humane Society is working to marshal care and shelter for animals affected by the hurricane.
Ecliptic Brewing (825 N Cook St.)

Undies for Everyone
Saturday, September 9 – Noon-11:00pm
Final Draft Taphouse in Vancouver is partnering with Undies for Everyone, a Houston non-profit working to enhance the self-esteem, dignity, hygiene, and success of Houston’s disadvantaged students by providing them clean underwear.

For every pair of new, packaged underwear collected at Final Draft Taphouse, $1.00 per underwear will also be matched to the organization. Please keep in mind that the organization needs a variety of sizes for men, women, boys, and girls, including XXL.

If you want to do your part now or maybe cannot make it to the event please consider making an online donation here: https://secure.lglforms.com/form_engine/s/uFpr61ITEItxPeN4Lo9zpA
Final Draft Taphouse (11504 Mill Plain Blvd – Vancouver)

Please let us know if you have any other fundraising events planned to assist the people of Texas affected by Hurricane Harvey.