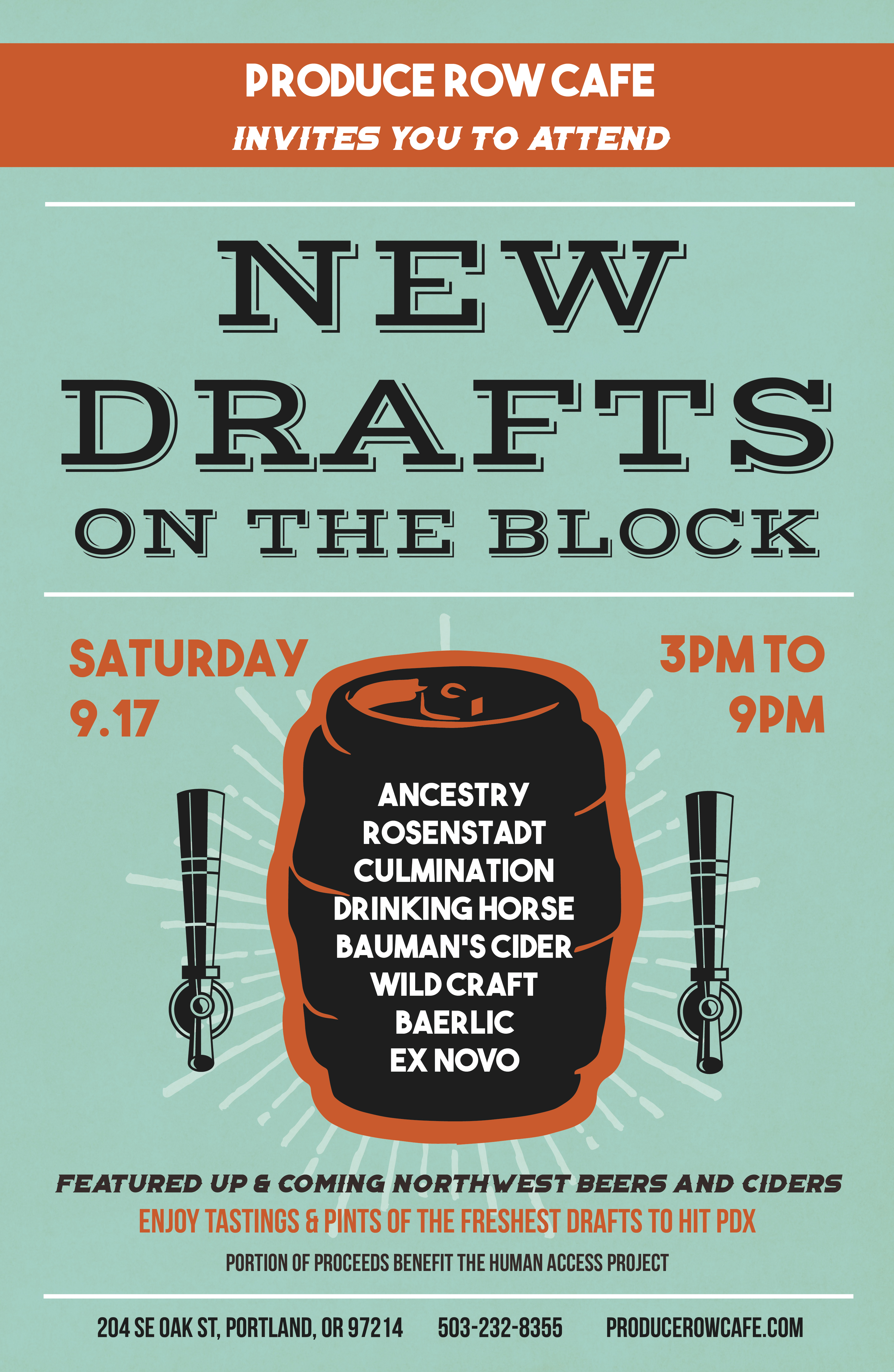 This afternoon, Produce Row Cafe will celebrate the new(er) breweries and cideries of Oregon when it hosts New Drafts On The Block. From 3:00 to 9:00pm Produce Row will feature 6 breweries and 2 cideries all that have opened in Oregon during the past 2-1/2 years. Pints and tasters will be available from each brewery and cidery.

A portion of proceeds will benefit the Human Access Project, dedicated to stewardship of the Willamette River and watershed, while restoring public access to Portland’s iconic waterway.