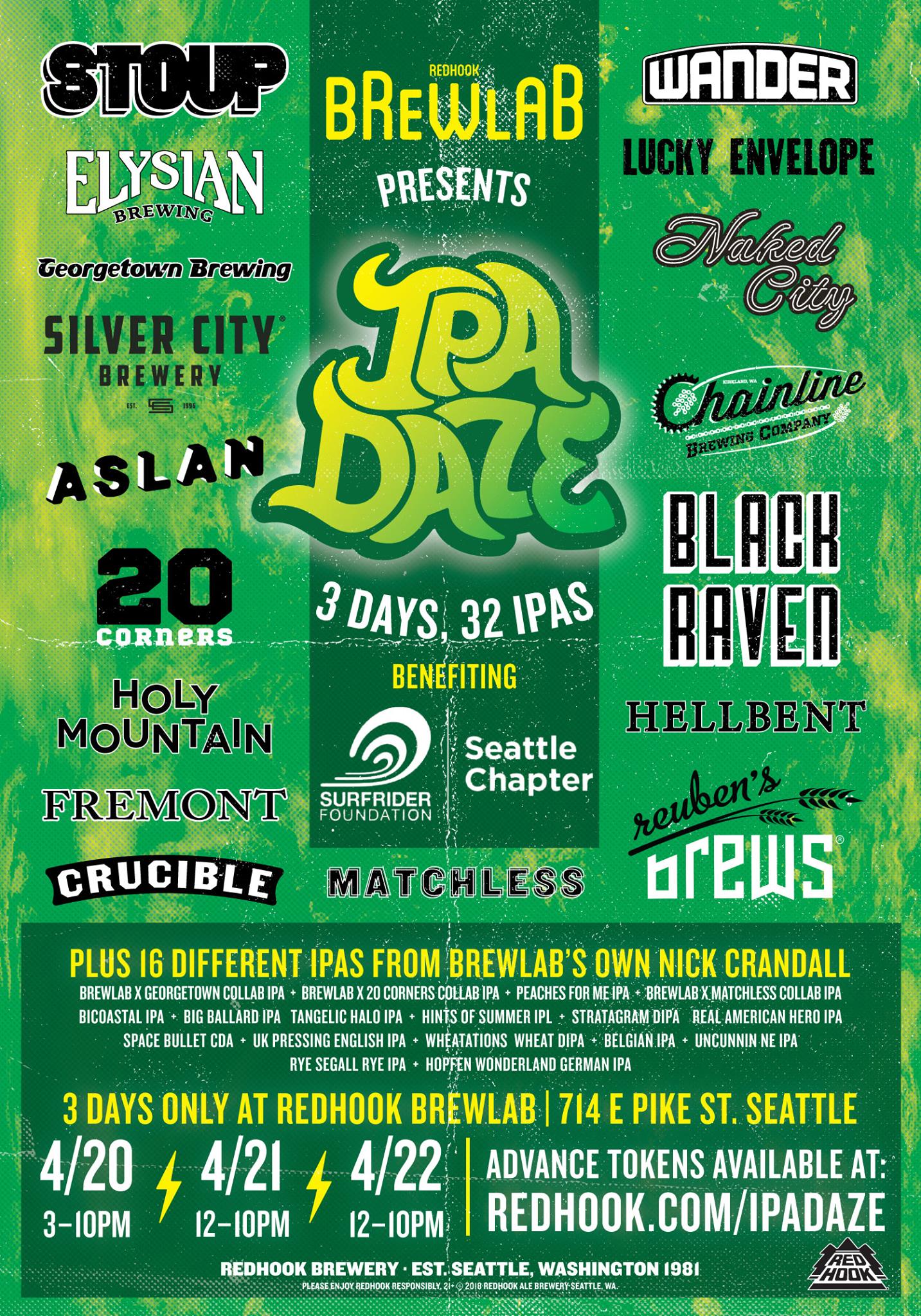 IPAs will reign supreme this weekend in Seattle at Redhook Brewlab IPA Daze. This three-day celebration of India Pale Ales will feature 35 different IPAs brewed by Redhook along with some of Washington’s best breweries.

Redhook Brewlab IPA Daze is a three-day fest that takes place from April 20-22, 2018 at Redhook Brewlab in Seattle’s Capitol Hill neighborhood. Redhook will have 35 IPAs on tap for the entire weekend, and 20 of the IPAs will be guest and collaboration beers from other Washington breweries.

Here’s a rundown on each of the day’s events that will include KEXP spinning tunes, Baby Goat Petting Zoo and more!

Friday, April 20th – 3:00pm-Midnight
KEXP’s DJ Troy will be in the house from 5-8PM and will be featuring special munchies. Plus there will be a Baby Goat Petting Zoo on the patio! Tim’s Cascade Chips will be handing out yummy snack samples & SurfRider Seattle will be talking about how much amazing work they do to keep our waters clean.

Saturday, April 21st – Noon-Midnight
KEXP’s DJ Sean will be in the house from 5-8PM and Seattle Artist Hannah Olsen will be hosting a live painting and art pop up. Grab a final bag of goodies from Tim’s Cascade Chips & sign up for SurfRider Seattle’s Earth Day Beach Clean up Sunday!

Sunday, April 22nd – Noon-10:00pm
KEXP’s DJ Morgan will be in the house from 2-5PM and our friends from the Surfrider Foundation will be with us to talk about their mission for a cleaner oceans.