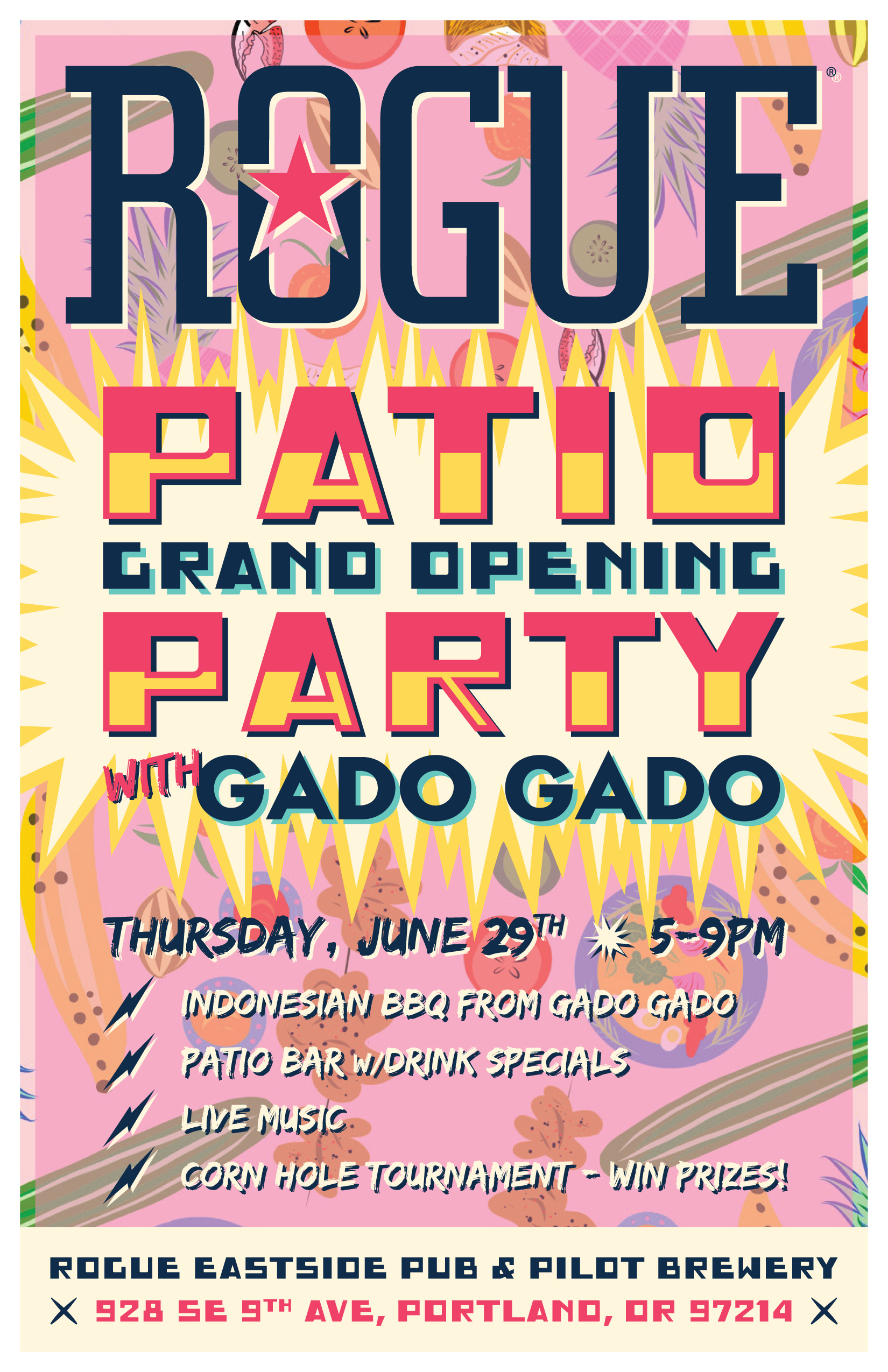 After remodeling the inside of the former Green Dragon and rebranding the pub to Rogue Eastside Pub & Pilot Brewery its revamped outdoor patio will be in the spotlight later this week. On Thursday, June 29th Rogue will host its Rogue Eastside Pub’s Grand Opening Patio Party & Pop Up.

Earlier this year Rogue began work on renovating its outdoor space at its Eastside Pub. In doing so the longstanding Quonset Hut that had been on the property was dismantled earlier this year to make way for a new, expansive beer garden.

Kim Hamblin, one of the former tenants who used the hut as an artist studio and a dwelling took the initiative to bring the Quonset Hut to her farm in Yamhill County. Her and her husband, Dan Rinke, operate the 52-acre Roshambo ArtFarm in Willamina. This farm is home to Art+Science Cidery and winery, rescue animals like alpacas, a rock-quarry-turned-garden, and the Wildwood Music Festival. It is here where the Quonset Hut will be reconstructed for future use.

Rogue Eastside Pub’s Grand Opening Patio Party & Pop Up will take place from 5:00-9:00pm. Also on the patio will be the new food cart Gado Gado serving up its Indonesian BBQ including various vegan and gluten free options.

On the patio along with Gado Gado will be a Satellite Patio Bar with drink specials, live music and a cornhole tournament for teams of two vying for Rogue prizes.

Also during the evening Team Sack Lunch that consists predominately of Portland area chefs recently raised money for No Kid Hungry during its bike race in Northern California. Here they will present No Kid Hungry with a check for the money raised from Sack Lunch Ale.

Entry is free, just make sure to enjoy the new patio.