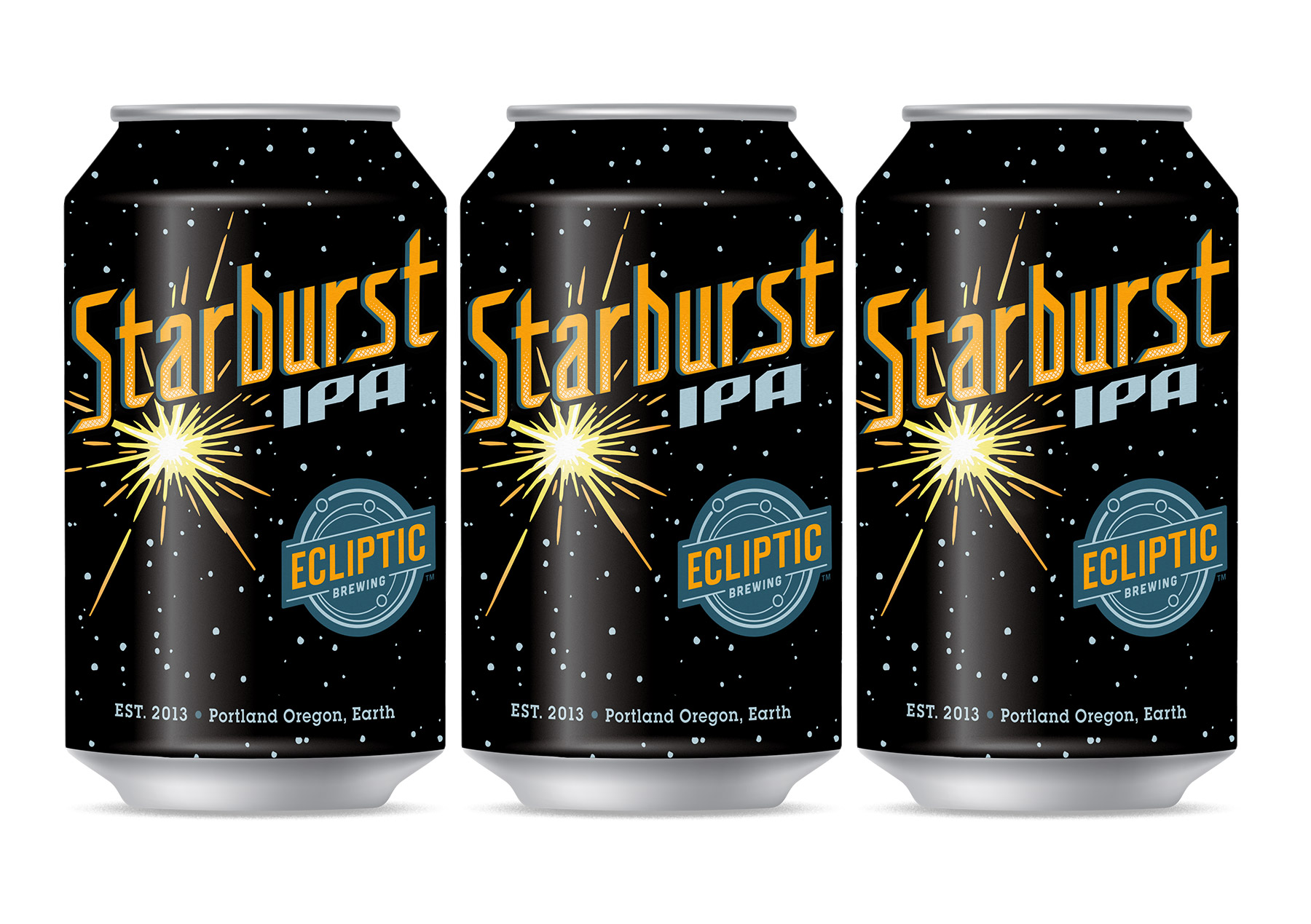 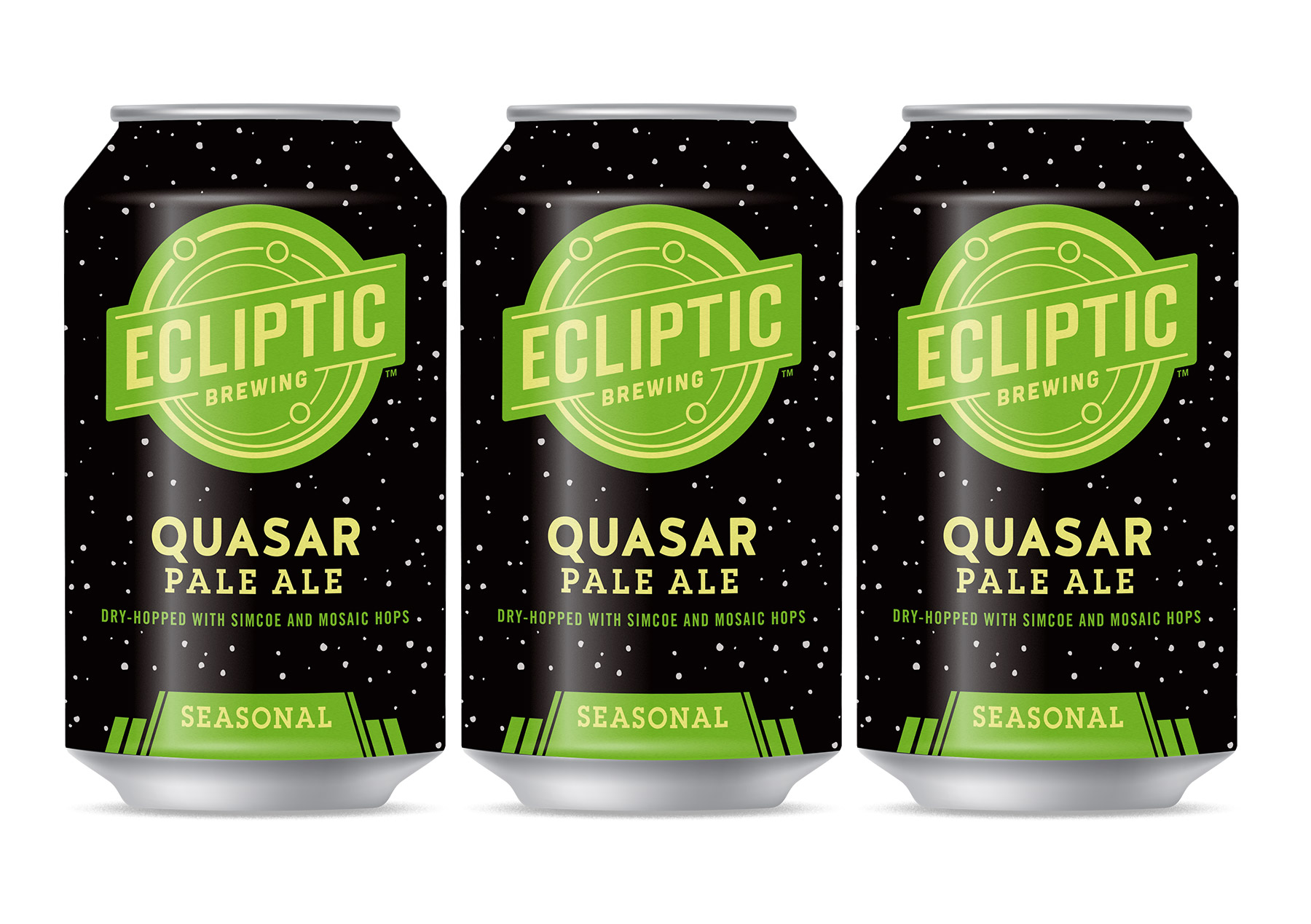 Ecliptic Can Release Party
5-7 p.m. Thursday March 2, Belmont Station, 4500 SE Stark St.;
The Station features the new cans just released by Ecliptic Brewing: Starburst IPA (a beer that before was draft only) and the new seasonal Quasar Pale Ale. The Ecliptic crew will be in the house talking beer and astronomy, and there’ll be some swag given away, plus Phobos Single hop Red and Bourbon Barrel-Aged Oort on draft in the taproom.

Drink Beer. Do Good: Ex Novo Tasting
5-9 p.m. Thursday Mar 2, McMenamins 23rd Avenue Bottle Shop, 2290 NW Thurman St.; all ages, 21 and older to sample.
Ex Novo is committed to donating 100 percent of their net profits to organizations that are working to effect positive social change both in the Pacific Northwest and around the world and for this tasting, they’ll be donating a buck from each EX Novo pint sold to Friends of the Children, a prevention/early intervention program whose mission is to help our nation’s highest-risk children develop the relationships, goals and skills necessary to break the cycles of poverty, abuse and violence, and become contributing members of society.
Beers include:
Elliot IPA: Named for the neighborhood that Ex Novo is located in, this IPA is full of tropical fruit, lemony citrus and pine flavors.
6.6 percent.
Mexican Lager: Crisp and refreshing, this light — 5 p-recent — lager is brewed with Vienna and Pilsner malts with a hint of flaked corn. Fermented with Mexican lager yeast. Saaz hops add a delightful balanced bitterness.
NEIPA: This New England Style IPA was brewed using lotsa flaked wheat and flaked oats, leaving it intentionally turbid, almost like orange juice in appearance. The aroma is super fruity, citrus, tropical fruits like mango, guava, papaya, and ripe melons. The beer has a slight bitterness that comes from a generous hopping, all added post-boil.

Here’s what the press release says:
Preparing for and installing a canning line is not a small task, but is one that owner/brewmaster John Harris, is happy to add to his long list of brewery accomplishments. Ecliptic Brewing is using a counter pressure canning system from Codi Manufacturing out of Golden, Co. Can design was completed by Sasquatch Agency and follows Ecliptic’s familiar astronomy themes.

“This next step for Ecliptic has been one that the entire team has stepped up and helped with,” said Harris. “From making major changes in the brewhouse to design decisions for the cans, this process has been really exciting.”

Lucky Lab’s 20th Annual Barleywine Festival
Noon-10 p.m. Friday March 3 & Saturday March 4, Lucky Labrador Beer Hall, 1945 NW Quimby St.; $15 includes glass and four tokens.
The Lab’s Barleywine fest is one of the longest running barleywine festivals in the world, if not THE longest-running, and brewer Casey Lyons upholds the tradition with a stellar lineup of more than 70 barleywines, many of which have slumbered in the Lab cooler for a year or several. That’s OK, because barleywines start big — 8-10 percent abv — and can age gracefully for years when properly cared for. As you’ll discover this weekend when 20 taps rotate these big, bold malty ales. As head brewer/co-owner Ales Stiles said in the press release: “Every year the event keeps getting bigger and this year, being our twentieth, we have more barley wines than ever…it’s going to be HUGE.”

SheBrew Beer Festival
Noon-8 p.m. Saturday, March 4, Buckman Coffee Factory, 1105 SE Main St.; $20 includes tasting glass and 10 tix. All ages, 21 and older to drink.
SheBrew is back after a hiatus in 2016, and now includes include an AHA-sanctioned homebrew competition for women brewers, locally and nationally. The festival, a joint event from Human Rights Campaign Portland and the Oregon Brew Crew, celebrates Women’s History Month and this all-ages, all-genders fundraising event has been created to show support for female-identified members of the community. Beers and ciders from nearly 20 local breweries and 10 homebrewers will be available along with entertainment from six local, female comedians and two musical acts. In addition there will be a raffle, two food vendors, and attendees will be able to vote for the People’s Choice Award.

Cider Riot has been making F.X. Matthieu cider with the X-17 hops since 2014, starting out with a 5-gallon test batch. Hopped cider, invented in Oregon a decade ago by Salem’s Wandering Aengus cider has swept the country, and there are now cidermakers around the globe pairing hops and apples. Cider Riot’s year round Everybody Pogo, made with Leavy’s organic Goldings hops is the company’s best-seller.