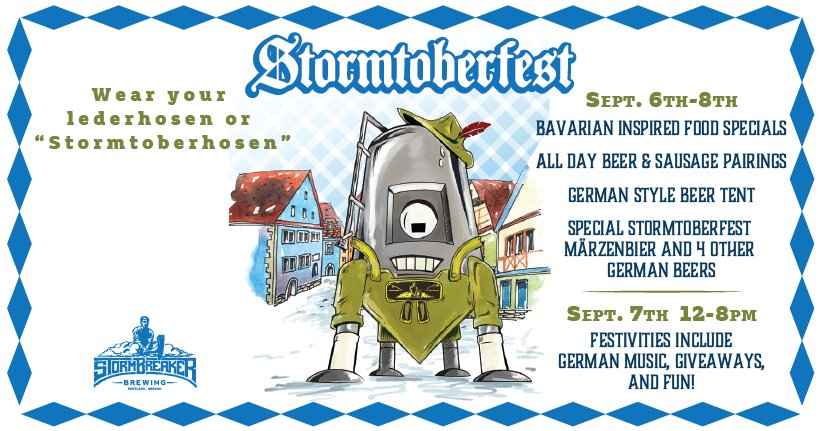 The big day to celebrate will be on Saturday, September 7th as StormBreaker will bring in live German music, food specials and more all from Noon-8:00pm.

Stormtoberfest is a Munich inspired Märzen that’s described as offering up biscuity malt aroma that’s sweet with breadiness, but balanced with 2 noble hops. This Märzen style lager, deep orange in appearance with a creamy mouthful at 5.1% ABV and 27 IBUs.