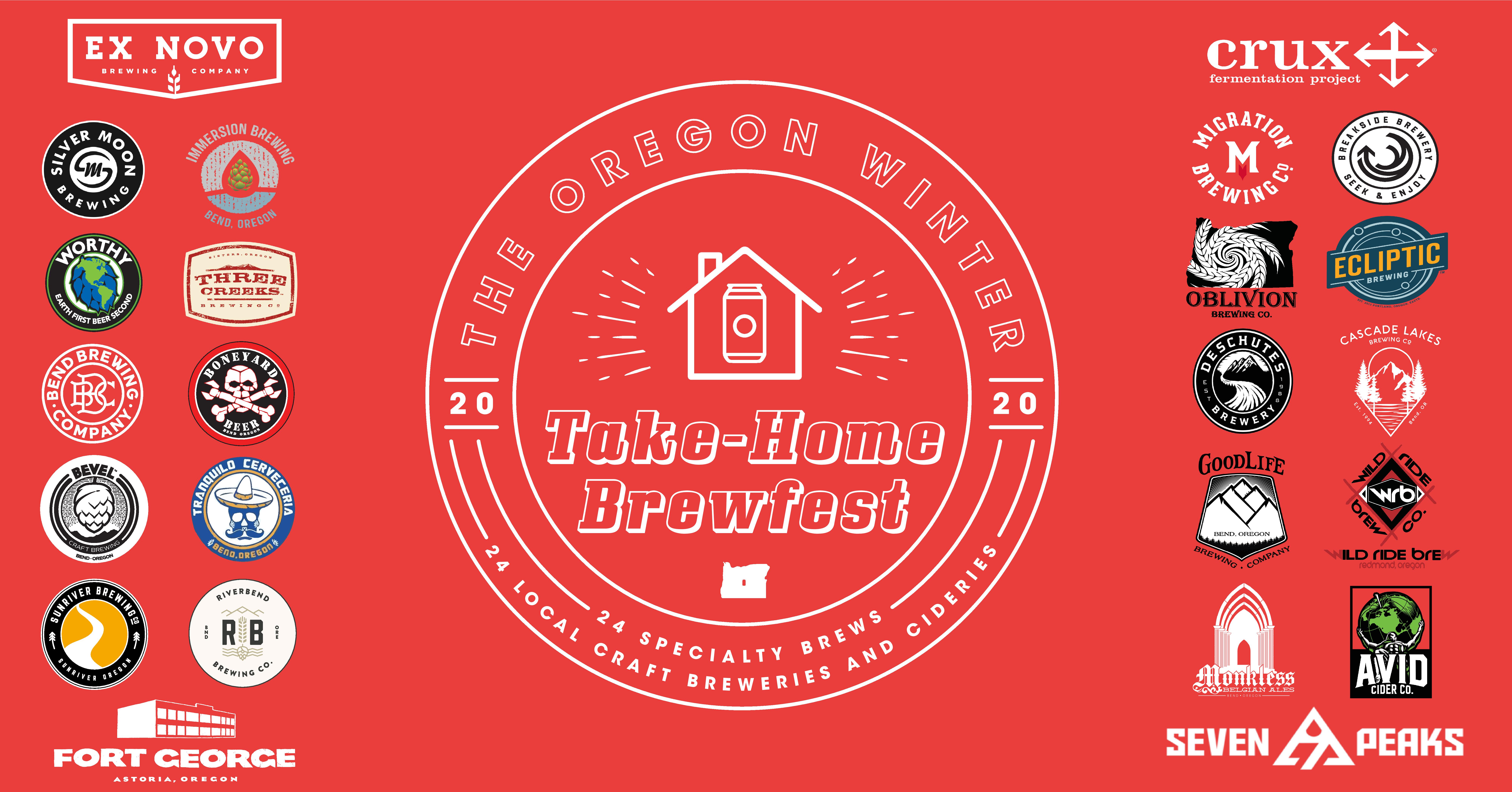 What began over the summer as a 20 beer mix pack of Central Oregon beer, the Oregon Winter Take-Home Brewfest will expand to a 24 beer mixed pack. But this one will not only feature Central Oregon breweries as five different Portland, OR and Oregon Coast craft breweries will be joining the lineup. Plus, there will be a pick up location in Bend and Portland.

Here’s a peek at the breweries, cidery and hard seltzer maker that will be part of the early December event.

Beyond the 22 beers, 1 cider and 1 hard seltzer, which at least half will be 16oz size, the box includes some other creative items as described below.

With the expansion of additional breweries outside of Central Oregon, this new experience will offer two Oregon pick up locations. Both Silver Moon Brewing in Bend and Migration Brewing at its Gresham production facility. Pick up times will be staggered over two days, December 5th or 6th.

The Oregon Winter Take-Home Brewfest will cost $65.00 ($70.28 after fees) and goes on sale on Wednesday, October 7th at 8:00am. That’s under $3.00 per beer. These beer boxes will make for a great holiday gift or even a few day delayed start to a beer advent calendar. To purchase a box, click here. Supplies will be limited so don’t delay.