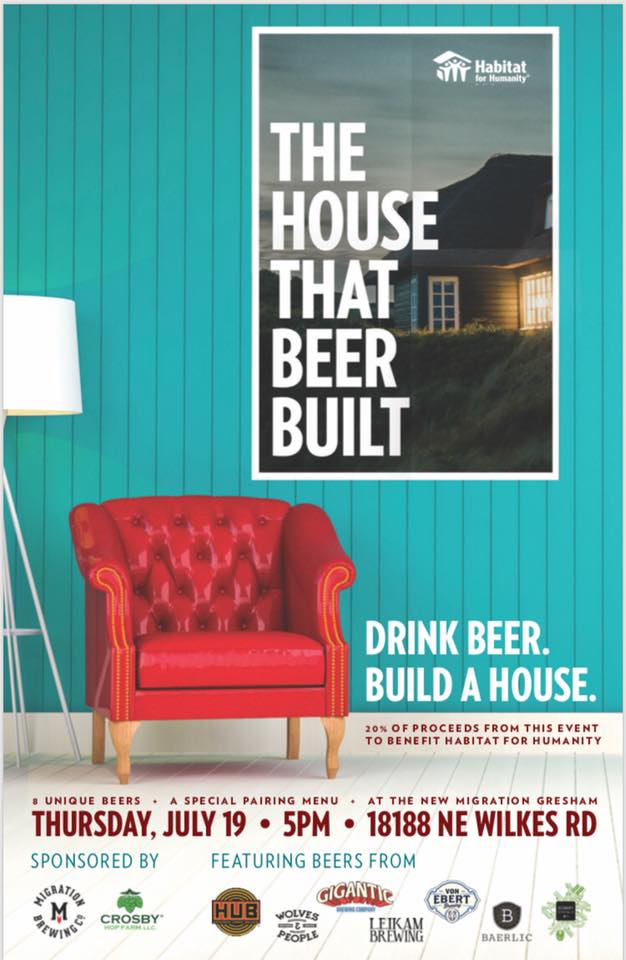 The local brewing community will come together on Thursday, July 19th to help raise money for Habitat for Humanity – Portland/Metro East. The event, The House That Beer Built will take place at the new Migration Brewing in Gresham, Oregon and will be co-hosted by Crosby Hop Farm.

The House That Beer Built will feature 8 breweries along with Crosby Hop Farm for an evening of specialty beers and food to raise money for Habitat For Humanity. Each brewery has chosen a specific hop to highlight in beer for the event. Migration Brewing’s head chef Casey Lee Gipson will create a menu to pair with each breweries hop and beer.

The House That Beer Built will take place from 5:00-10:00pm on Thursday, July 19, 2018. During the event 20% of the proceeds will benefit Habitat for Humanity – Portland/Metro East.