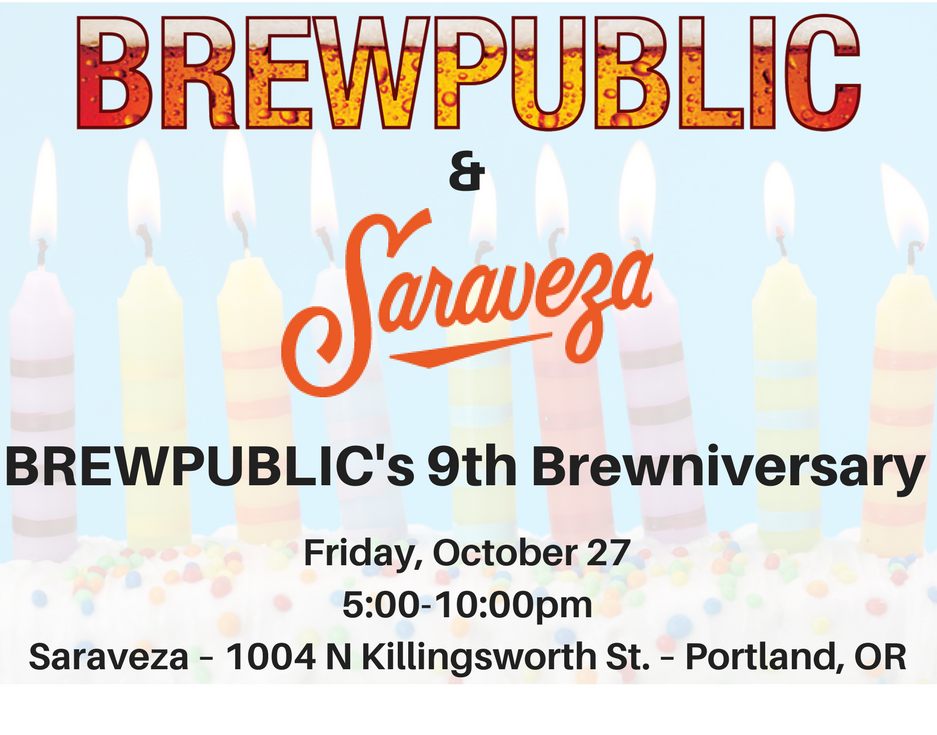 We are now entering the final weekend of our annual Killer Beer Week and are ready to celebrate with our 9th Brewniversary this evening Friday, October 27th at Saraveza.

Both Saraveza and BREWPUBLIC have grown up together since we both began in 2008. Through the course of the past nine years we have been part of some memorable events with our friends at Saraveza and we look forward to tonight’s Brewniversary.

Festivities will kick off at 5:00pm today just in time for Saraveza’s weekly Friday Night Fish Fry. This will also be the time when our carefully curated tap list will be in full force. We have worked with Saraveza and a few of our favorite breweries and cidery to bring you tonight’s tap list.

And if this is not enough we have our largest event tomorrow with KillerBeerFest at Bailey’s Taproom with a bonus KillerPizzaPortLand event upstairs at The Upper Lip. Hope to see you all out tonight and tomorrow!