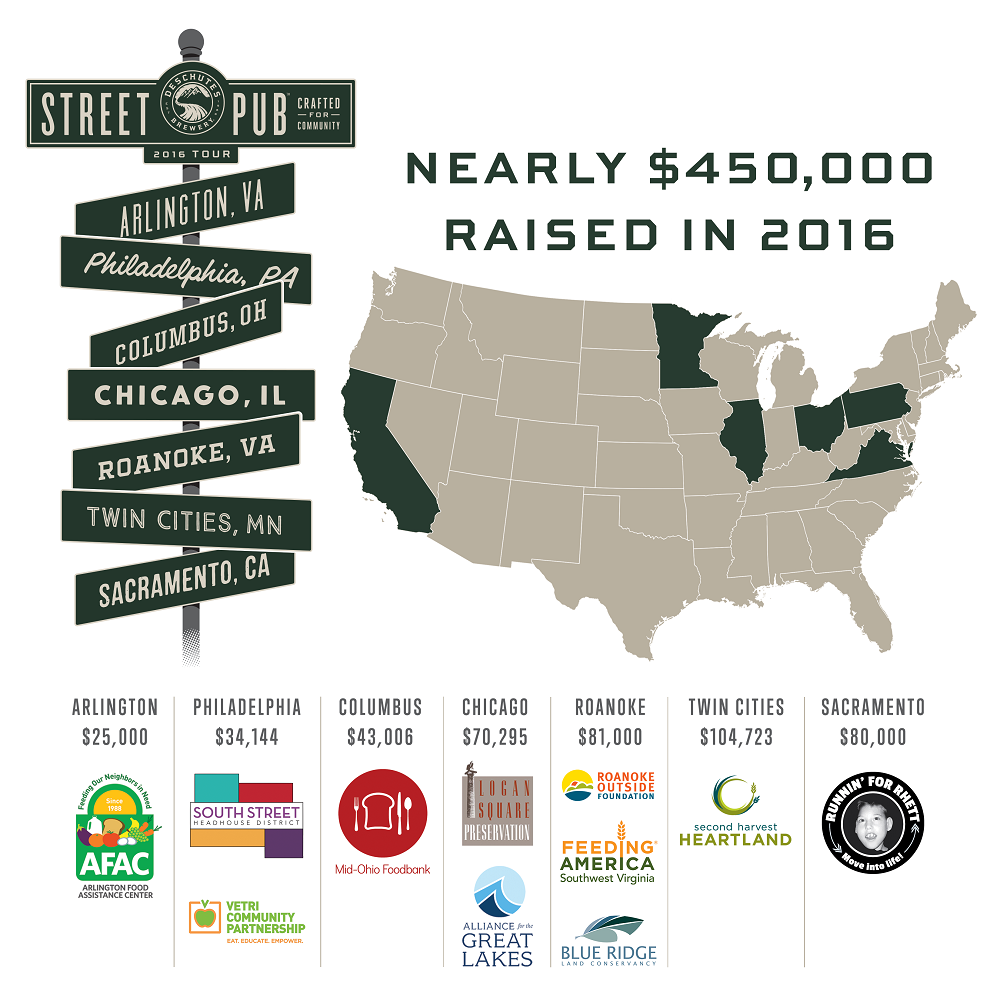 For the second consecutive year, Deschutes Brewery has taken its Street Pub on tour across the United States. During this year’s stops in Arlington, Philadelphia, Columbus, Chicago, Roanoke, Minneapolis and Sacramento, Deschutes Brewery raised nearly $440K for charity. At each of these seven stops, Deschutes partnered with local charities and donated 100% of the proceeds to in achieving each charities mission.

“This was another epic year for Street Pub and we got to visit with fans in cities we love from one coast to another,” said Joey Pleich, field marketing manager for the brewery who runs the Street Pub program in a statement. “We raised $70,000 more for charity over last year’s numbers and saw twice as many in attendance. Success for this program means success for all the communities we visit and we are thankful to our many fans to coming out to support Street Pub.”

Here’s a breakdown at how the Deschutes Brewery Street Pub assisted the nonprofits it partnered with in each city.

Throughout the entire summer tour Deschutes served an estimated 140,000 beer drinkers that drank over 1,100 kegs of Deschutes beer, all brewed in Bend, Oregon.