The Rose City and Emerald City unite as Gigantic Brewing enlisted Seattle’s Cloudburst Brewing for its latest Hazy IPA release. Cloudbursting Hazy IPA will be released in 500mL bottles and on draft. 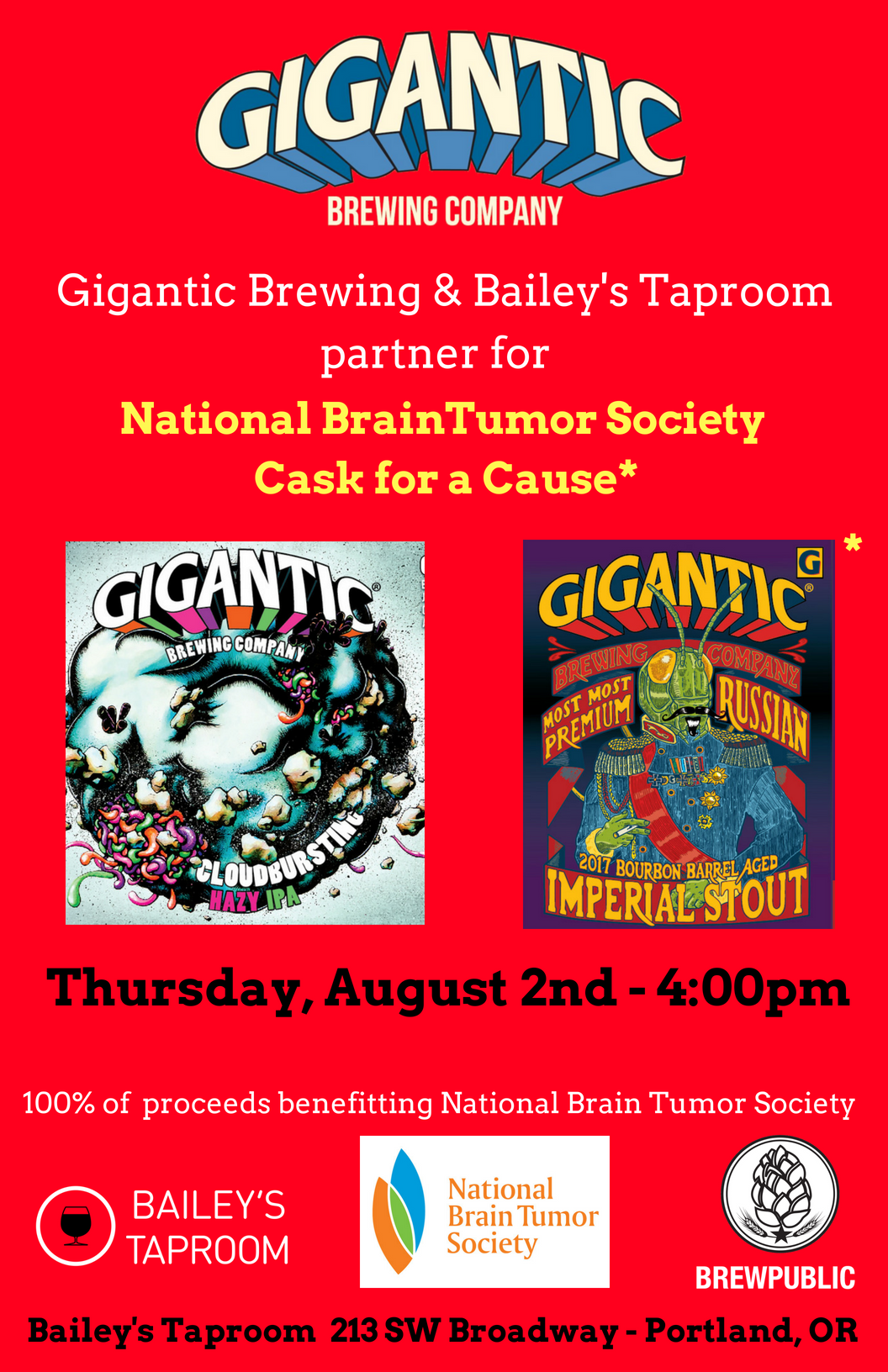 Portlanders will have a chance to experience Cloudbursting Hazy IPA from a firkin on Thursday, August 2nd at Bailey’s Taproom. Best of all 100% of the proceeds from this firkin will go towards the National Brain Tumor Society on behalf of Team BREWPUBLIC.