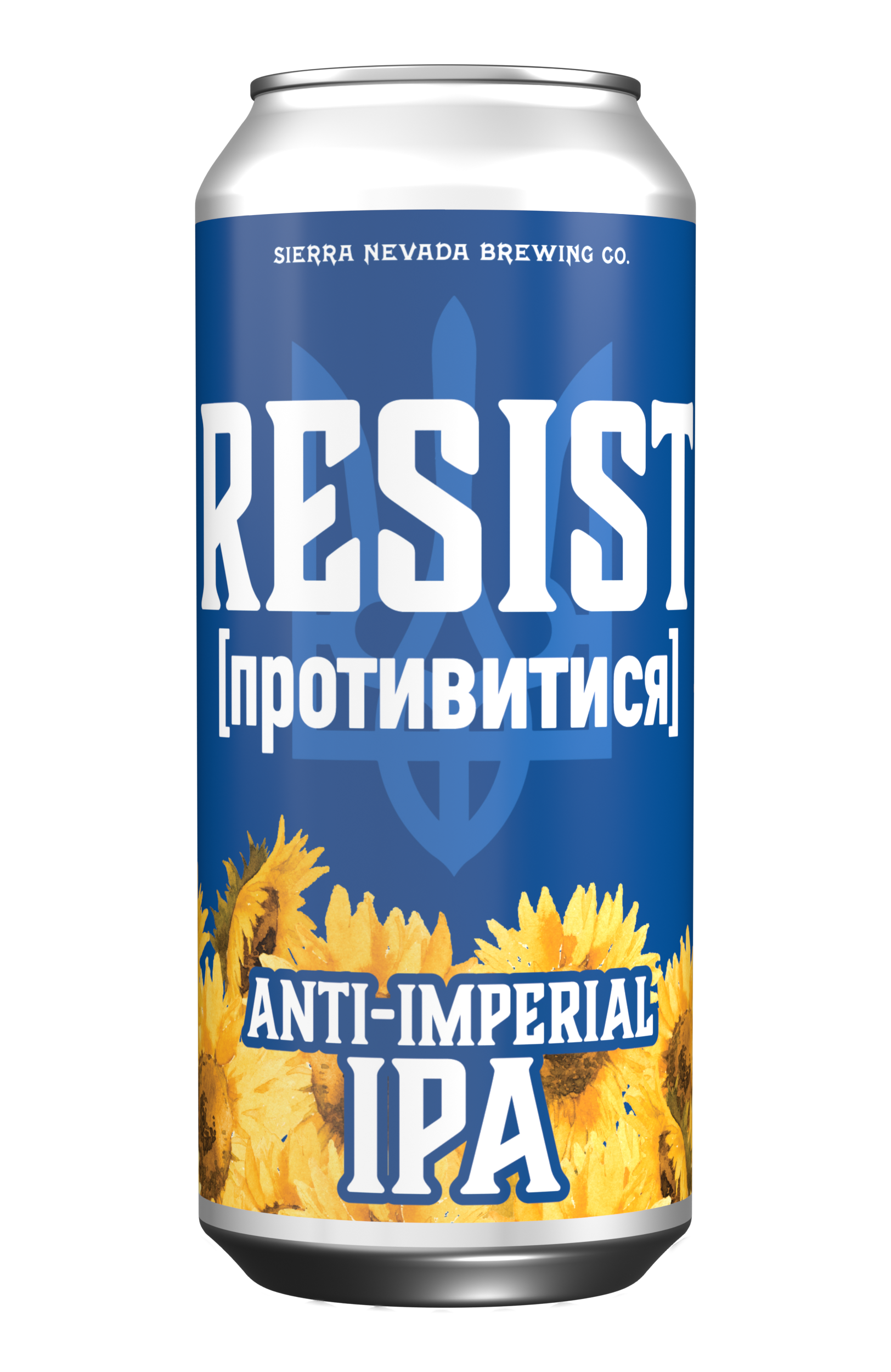 The latest brewery to show its support to the people of Ukraine is Sierra Nevada Brewing as it releases RESIST Anti-Imperial IPA. This new IPA will benefit the International Committee of the Red Cross humanitarian relief effort for Ukraine.

Sierra Nevada is joining a global effort called Drinkers for Ukraine which has invited brewers from around the world to participate in a solidarity brew, benefiting the relief effort. Sierra Nevada has committed to donating 100% of the profits from both the beer and menu items.

RESIST Anti-Imperial IPA is a West Coast Style IPA that sits at 7% ABV and 45 IBU. The beer is currently available on draft in the brewery’s Taproom located in Chico, California and in the Torpedo Room in Berkeley, California, and it will debut in the Mills River, North Carolina Taproom on June 9.

Starting today, supportive drinkers in the select states of  CA, DC, KY, NC, ND, NE, NH, OH, PA, VA, and VT may pre-order the beer in 8-packs of 16-ounce cans. Visit https://sierranevada.com/beer/resist/ for more information and to place orders. Online orders of the beer will begin shipping mid-June through early July. This will be the only way to purchase RESIST Anti-Imperial IPA as the beer will not see distribution.

In addition to the fundraising effort through sales of RESIST Anti-Imperial IPA, a Ukrainian-inspired menu item called Hutsul Banosh will be available in the brewery’s taprooms in Chico, California and Mills River, North Carolina, coinciding with the release of the beer in each location.

For more information about Drinkers for Ukraine visit https://drinkersforukraine.com.

For more information or to donate directly to the International Committee of the Red Cross’s humanitarian relief effort for Ukraine visit https://www.icrc.org/en/donate/ukraine.