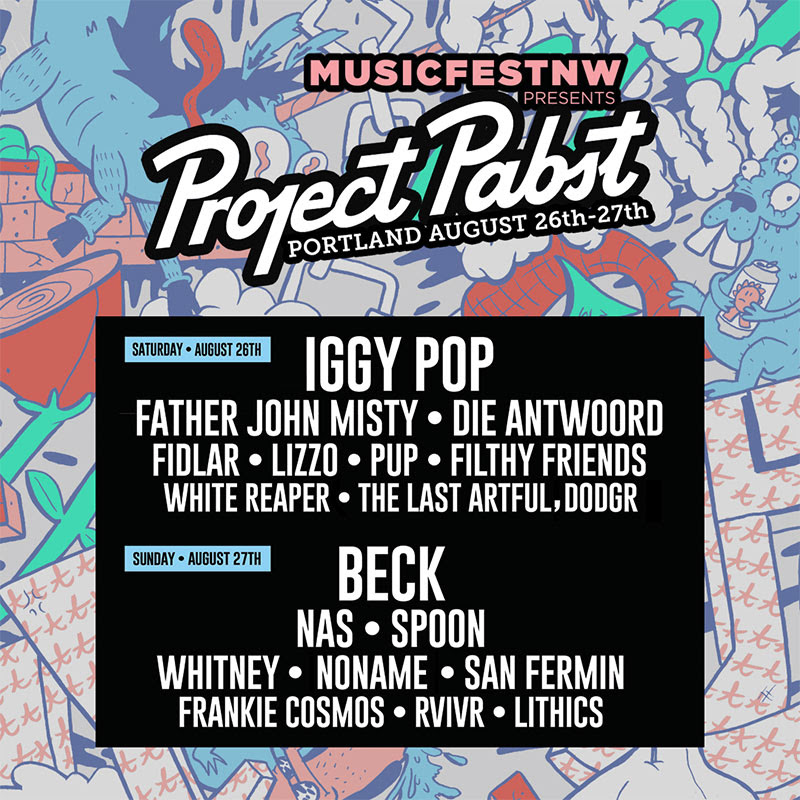 Pabst Blue Ribbon continues its focus on the Portland market with the return of Project Pabst, a two-day music festival that is held in conjunction with MusicfestNW at Tom McCall Waterfront Park. For 2017 the event returns to Portland’s Waterfront Park on Satruday, August 26 and Sunday, August 27.

Headlining this year’s event is Iggy Pop, Beck, Father John Misty and Nas. Festival organizers have done a great job at creating a diverse lineup of musical talent as you can see from the complete lineup listed below. 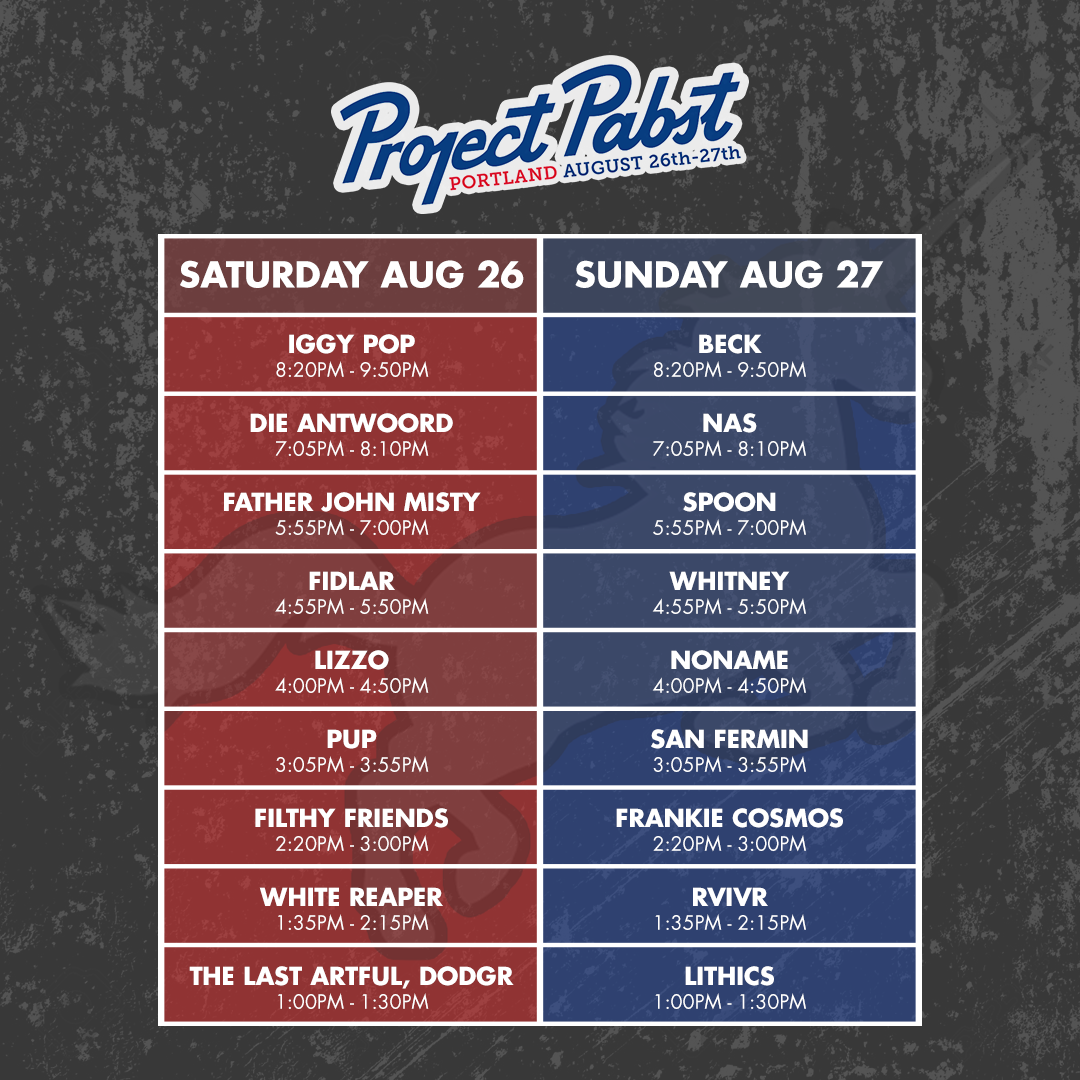 We are excited for the local supergroup, Filthy Friends that includes a killer lineup of well known musicians. The band formed a little over a year ago and consists of Corin Tucker, Peter Buck, Scott McCaughey, Kurt Bloch and Bill Rieflin.

Here are some photos from the 2016 Project Pabst…