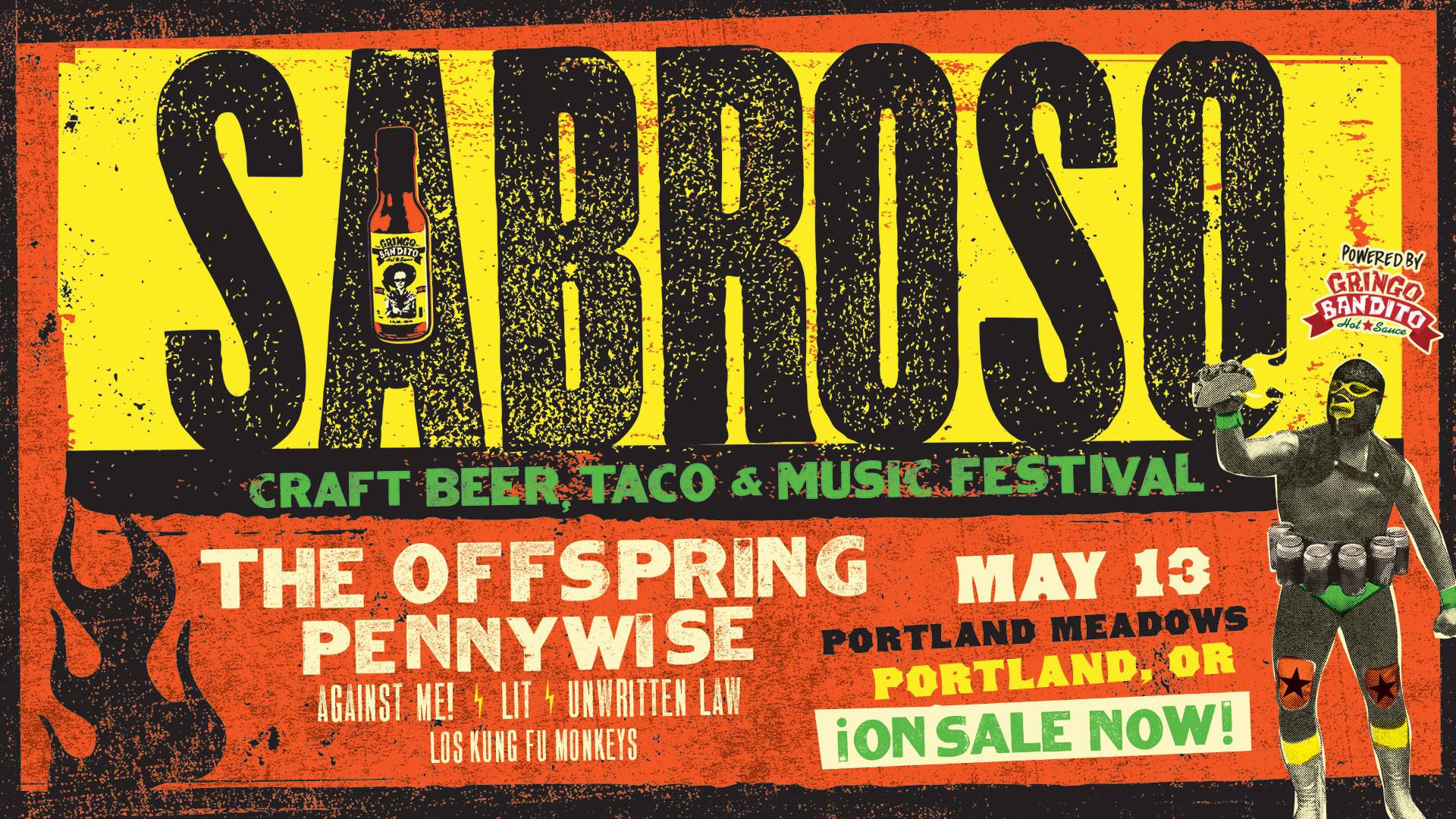 A new traveling festival will arrive in Portland when the Sabroso Craft Beer, Taco & Music Festival visits Portland Meadows on Sunday, May 13, 2018. This daylong festival will feature craft beer sampling, gourmet tacos, Lucha Libre style wrestling with live music headlined by The Offspring and Pennywise along with support acts of Against Me!, Lit, Unwritten Law, and Los Kung Fu Monkeys.

Sabroso Craft Beer, Taco & Music Festival dates back to 2014 when it was held in Orange County in Southern California. Now this annual event produced by Synergy Global Entertainment (SGE) and Brew Ha Ha Productions will be taken on the road beginning in Dana Point, CA on April 7, followed by stops in Sacramento (4/8), Denver (4/28), Albuquerque (4/29), Tucson (5/5), Auburn, WA (5/12) and ending in Portland.

“Sabroso offers craft beer from some of the best, top-awarded breweries in the nation and pairs them with some of the tastiest tacos in the region. It’s truly an experience unlike anything seen before,” said Sabroso co-producer Cameron Collins of Brew Ha Ha Productions in a statement. “The festival will offer everything from savory carne asada and carnitas to delicious fresh fish tacos, and of course, craft beer favorites like IPAs, pale ales, stouts, lagers and more!”

One of the Sabroso’s major sponsors is Gringo Bandito, a hot sauce company that is owned by The Offspring’s lead singer, Dexter Holland. Attendees will be able to sample all of the flavors of Gringo Bandito at eac hfestival stop.

“Tacos and craft beer are two of The Offspring’s favorite things,” said Holland in a statement. “We’re excited to be bringing Sabroso to new cities in 2018! See you at the shows!”

At each festival date, the taco creations will compete for the coveted Sabroso “Best Of Show,” awarded by a panel of highly acclaimed and pre-selected food judges.

Sabroso Craft Beer, Taco & Music Festival will take place from 1:00pm— 9:00pm with VIP Entry at Noon. Tickets for all dates of Sabroso are currently on sale at www.SabrosoTacoFest.com and start at $39.50 plus fees. For each ticket purchased, $0.50 will be donated to a charity in the local festival market. 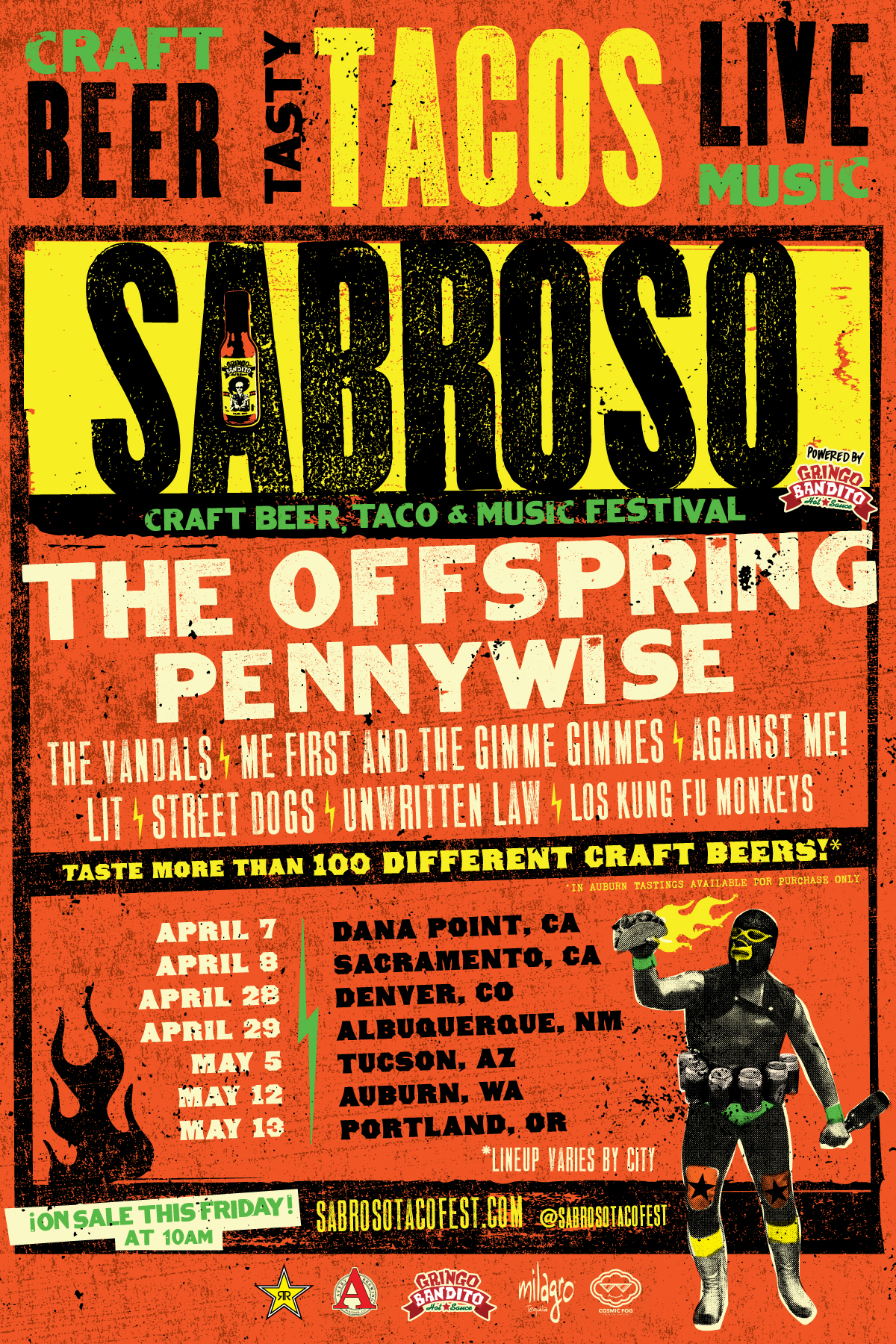