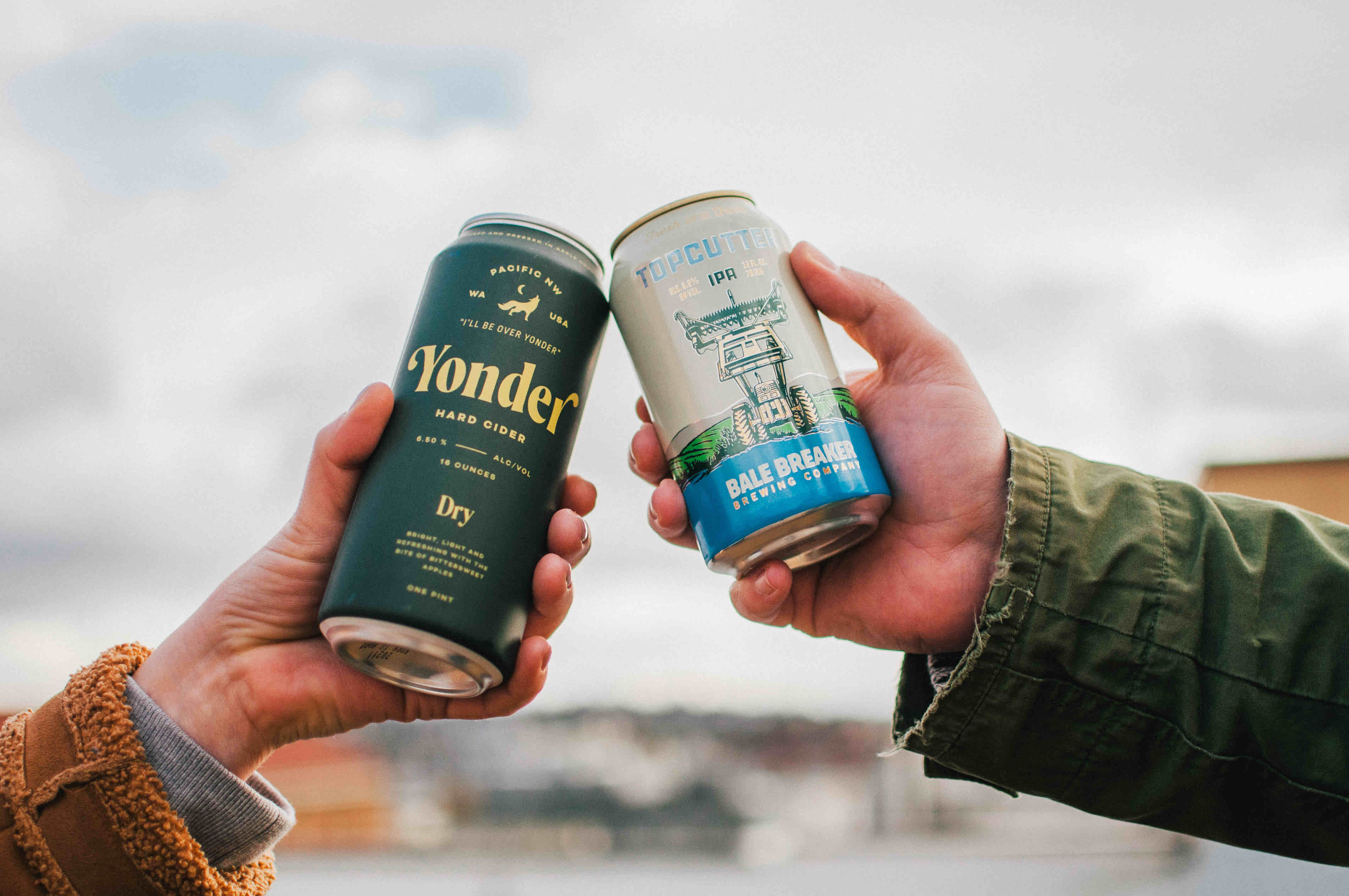 Two of Central Washington’s beverage makers will be bringing its beer and cider to Seattle at a new joint taproom in the popular Ballard Brewery District. Bale Breaker Brewing from Yakima and Yonder Cider from Wenatchee will join forces in an equal partnership to open The Bale Breaker Yonder Taproom. This new partnership also includes a new distillery, Wise Fool Spirits, that will be distilling on-site.

Scheduled to open in Summer 2021, the new joint taproom will take over the former space once held by Populuxe Brewing at 826 NW 49th Street in Seattle’s Ballard neighborhood. Populuxe Brewing ceased operations in December and this massive space came available. This new location will bring more than 20 taps of Washington-made beer and cider together under one roof, showcasing the best of apples and hops grown in the Yakima Valley.

“After years of thinking about an expansion west of the Cascades, we’re thrilled to have found the perfect space and perfect partners for this taproom,” said Meghann Quinn, co-founder of Bale Breaker, in a statement. “Because our beer focuses on showcasing the best of our homegrown ingredients, partnering with Yonder Cider was an easy decision. We’ll bring the hops from Yakima, they’ll bring the apples from Wenatchee, and we’ll showcase the best of the east side of Washington to those on the west.”

But to make this new venture a realization, the two beverage makers had to think a bit outside the box. Currently, Washington State does not allow cideries and breweries to share a tasting room. As with many laws there was a loophole with a bill that was passed in June 2020. Distilleries in Washington State can share their tasting rooms with wineries and breweries. Since a cider maker has a winery license, the two decided to partner on Wise Fool Spirits that will produce various spirits onsite with products from both Bale Breaker and Yonder. 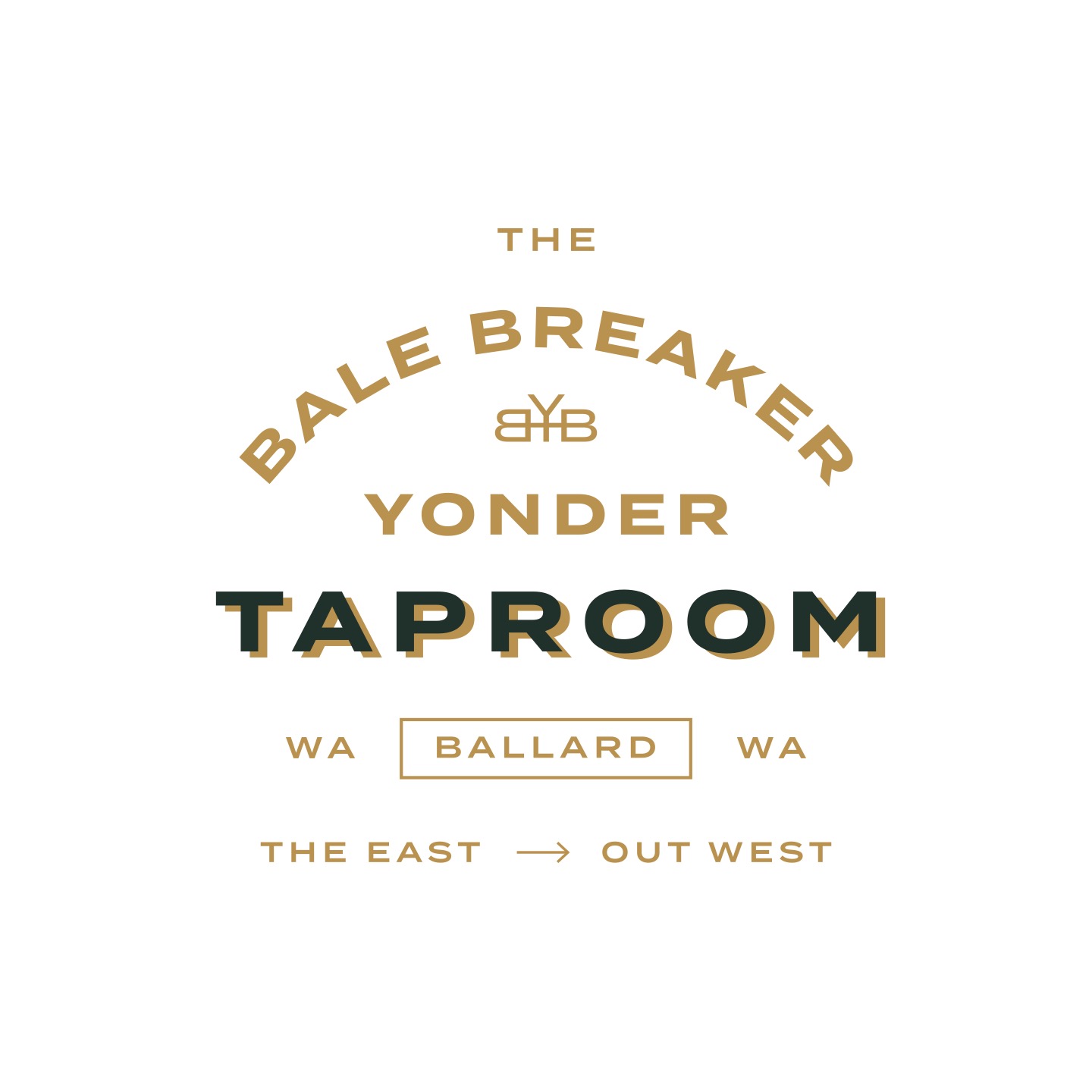 “We found the perfect space for a joint taproom, but realized as a brewery and cidery (technically a winery), it wasn’t possible under current LCB regulations to do so,” wrote Caitlin Braam, founder of Yonder Cider, in an email to BREWPUBLIC. “However, we discovered that in June of last year, a bill was passed that allowed distilleries to share their tasting rooms with breweries and wineries. So, we started a distillery together! The distillery is owned by myself and my husband, and the three founders of Bale Breaker.”

When Yonder and Bale Breaker take over the former home of Populuxe Brewing, this large space will that offers a massive 6,200 square feet of outdoor space and a spacious shared taproom. There will be two bars offering year round, seasonal and specialty releases from both brands, rotating food trucks, outdoor firepits and more to make for an inviting space.

This new taproom is in addition to Bale Breaker’s Yakima taproom, as well as Yonder’s ‘Yonder Bar’ retail space in Seattle’s Greenwood neighborhood. Unfortunately, Yonder Bar is currently closed to the public due to code violation brought forth by a neighbor. This closure is hopefully temporary as Seattle Councilmembers Strauss and González have introduced a new bill that could help out the cidery. That said, you can purchase Yonder Cider for shipment to nearly 40 states and D.C. via the Yonder’s online store by clicking here.