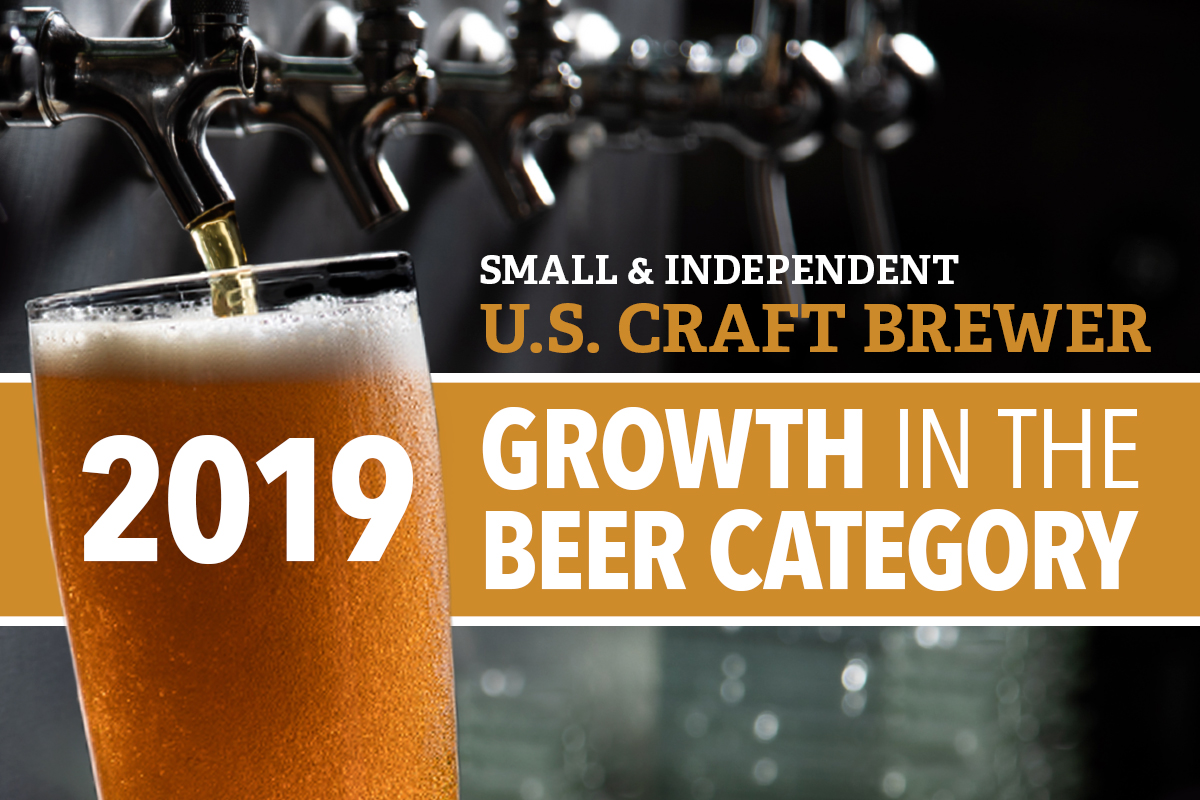 The Brewers Association (BA) has released its annual growth report for the U.S. craft brewing industry year ending 2019. This past year, small and independent breweries as defined by the BA produced 26.3 million barrels of beer. This equates to an additional 900 thousand barrels or just under 4% total growth. By volume, theses small and independent breweries own a 13.6% U.S. beer market share.

Five years ago the BA put forth a lofty goal of 20 by 20. The trade group stated that is felt that these small and independent breweries would hold at least 20% of the entire U.S. market share of beer by the year 2020. Obviously, this goal will not be met, and if it ever is, will still likely be years away.

Retail dollar value was estimated at $29.3 billion, representing 25.2% market share and 6% growth over 2018. Growth for small and independent brewers occurred in an overall down beer market, which dropped 2% by volume in 2019. Craft brewers provided more than 160,000 direct jobs, an increase of 7% over 2018.

“Small and independent brewers continued to serve as job creators, strong economic contributors, and community beacons in 2019, while craft maintained a fairly stable growth rate in 2019 and continued to gain share in the beer market,” said Bart Watson, chief economist, Brewers Association, in a statement.

“Although craft brewers entered 2020 on a solid foundation, the beer landscape is dramatically different today than it was just a few months ago. Breweries will be facing new realities due to the pandemic with extended closures, tight cash flow, societal shifts, and other economic variables in play. These 2019 figures will allow us to see how much COVID-19 affects small brewer production and jobs,” added Watson, in a statement.

These numbers that were released are preliminary and may likely by updated in the future. Additional insights from Bart Watson can by found by visiting Insights & Analysis on the Brewers Association website. The full 2019 industry analysis will be published in the May/June 2020 issue of The New Brewer, highlighting regional trends and production by individual breweries.