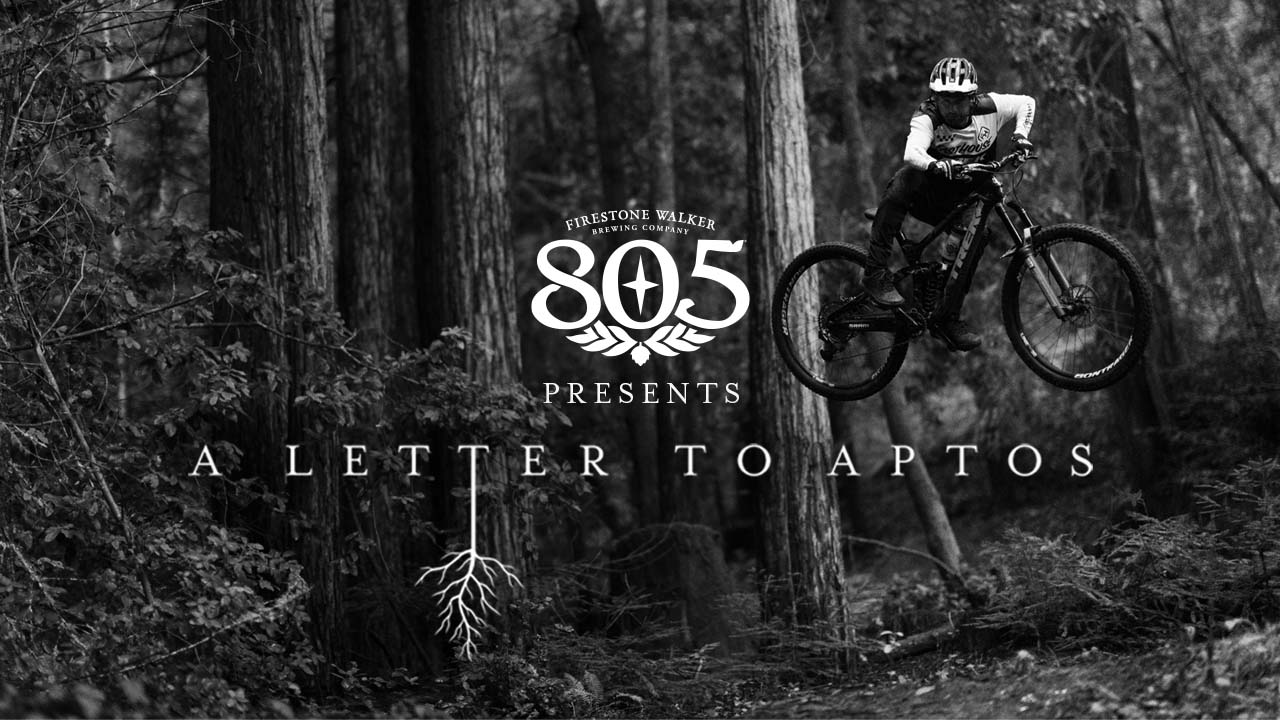 “A Letter to Aptos” is now available on all 805 Beer channels in tandem with a consumer campaign that includes digital advertising, in-store POS and a Trek mountain bike giveaway.

Howard late last year became one of 805’s “Authenticos”—a band of ambassadors who embody the culture and values of 805 Beer. “Ryan Howard epitomizes the mentality of 805,” said Dustin Hinz, CMO of Firestone Walker Brewing Company. “It’s about finding and following your passion, whatever it might be.”

As Howard notes early in the film, “When your life revolves around biking, that’s all you want to do—you just put yourself out there and get after it.”

This was the mindset of Howard and his friends while growing up in Aptos, California, a small village wedged between the Pacific Ocean and the redwood forests of the Santa Cruz Mountains in Northern California.

Whether it was by fate or happenstance, many of Howard’s friends would themselves become professional mountain bikers, creating a nucleus of riding talent that pushed, elevated and tested each of them as they ripped through the forest and hit the jumps of the legendary dirt park that they built next to the Aptos post office.

“A Letter to Aptos” also reveals the unconditional support that Howard received from his mother, which encouraged his passion and helped propel his career.

“I’m stoked to team up with 805 to tell my story of growing up in Aptos, and what this small town has done for me and the sport of mountain biking,” Howard said.