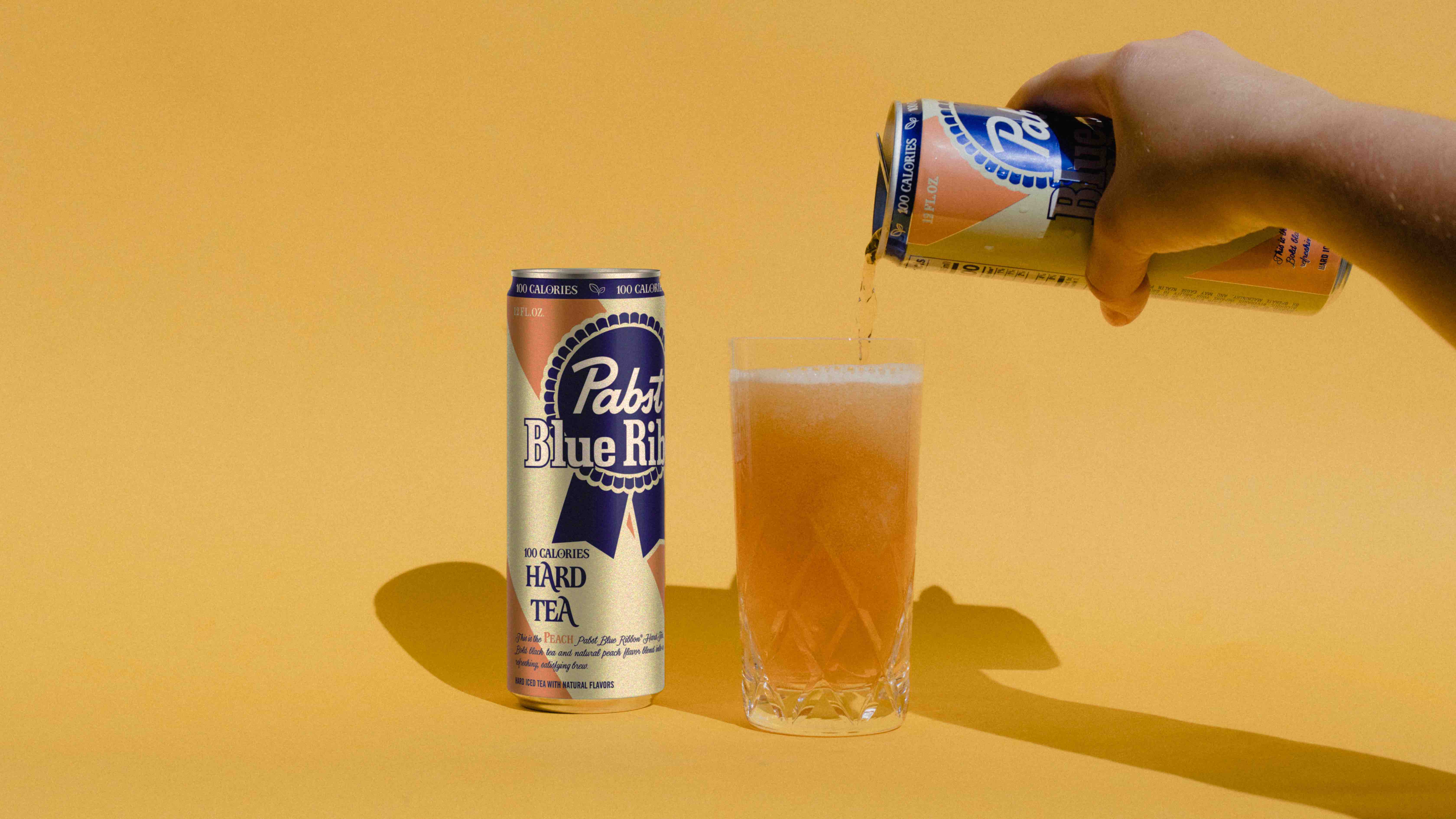 Brewed for Pabst Brewing Company in Memphis, Tennessee at City Brewing, the Pabst Blue Ribbon Hard Tea is a worthy alternative to a hard seltzer. This effervescent alcoholic beverage uses natural peach flavor but without the added sugars. The Hard Tea is brewed using real tea leaves, offering pleasant flavors while not being excessively sweet. At only 3g of sugar, 5g of carbs and 100 calories, and 4% ABV, PBR Hard Tea is the perfect beverage for those seeking one that’s a bit more favorable and less harsh.

Scrawled along the bottom of the 12oz slim can label reads, “This is the Peach Pabst Blue Ribbon Hard Tea. Bold black tea and natural peach flavor blend into a refreshing, satisfying brew.” And from sampling this beverage it definitely lives up to the brew’s tagline with aromas of fresh brewed tea and peaches. Nothing too complex about PBR Hard Tea, just a great beverage when you need something refreshing while trying time keep your alcohol intake in check.

Though it tastes damn good on its own, PBR Hard Tea makes for a great for a whiskey back or to be used in the cocktail. Speaking of cocktails, here’s one that also uses Pabst Blue Ribbon Whiskey to make a Peach, Please as created by Patrick Ruby.

STRAIGHT FROM YOUR LOCAL BARTENDER just dropped on our stories. Every week we’re teaming up with service industry members to bring you some new mixes to try ? @theperfect_ruby created this week’s “Peach, Please” using our Pabst Hard Tea. Check out our stories to screenshot the recipe or hit the bio link. #StraightFromYourLocalBartender