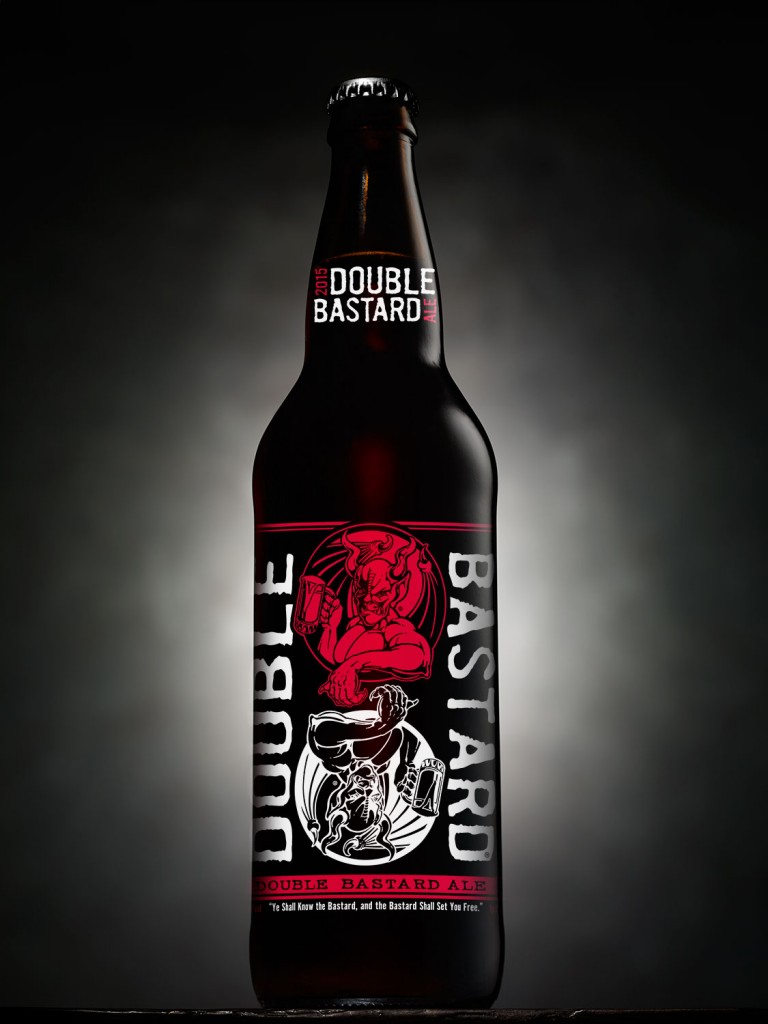 ESCONDIDO, CA (Oct. 26, 2015) – It’s far from every day that something of this grandeur is unleashed into the world. Few possess the capacity to appreciate the exemplary magnitude of what has become infamously known as “Liquid Arrogance.” Rather than be wasted on the tentative or weak as an everyday offering, Double Bastard Ale graces Earth’s presence for but a finite period of time each year. That glorious window begins today.

Originally birthed to sanctify the first anniversary of Arrogant Bastard Ale, Double Bastard Ale was unleashed upon the earth in November 1998 and has since returned only once a year. “Warning: This is one lacerative muther of a beer. It is unequivocally certain that your palate is grossly inadequate and thus undeserving of this liquid glory…and those around you would have little desire to listen to your resultant whimpering caused by Double Bastard Ale.”

What’s that, you say? You can handle more than one Bastard? Although doubtful, enter the Arrogant Bastard Box, as if one could ever adequately grasp such concentrated ecstasy. 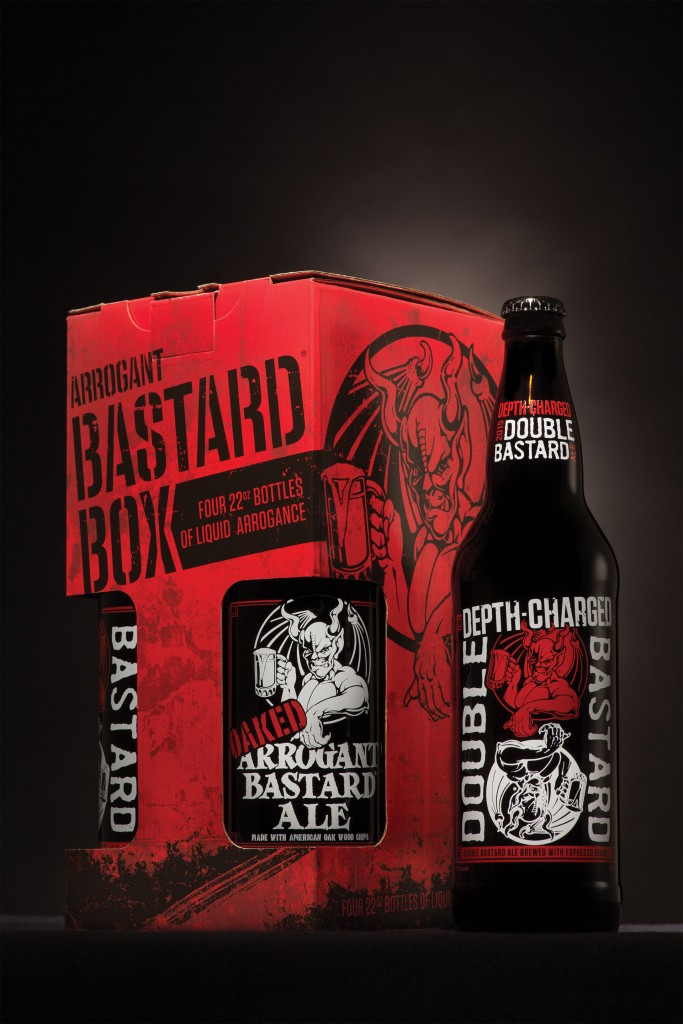 While trudging through the mundane selection on store shelves, you start to experience an inner feeling of emptiness. Then, there they are… taunting you from within their immaculate box: Arrogant Bastard Ale, 2015 Double Bastard Ale, the revered OAKED Arrogant Bastard Ale, and the first-ever appearance of 2015 DEPTH-CHARGED Double Bastard Ale. They represent the highest order of possibility, hope and redemption. Or at any rate, something that is more tasteful than the lowest-common-denominator “beer” that for so long has defined America’s brewing heritage. One Bastard in particular is making a triumphant return—OAKED Arrogant Bastard Ale—spawned from the same abundant arrogance as its notorious counterpart and aged on American oak chips.

Now, we sense your interest has been sparked by the more pristine title “2015 DEPTH-CHARGED Double Bastard Ale,” perhaps because you’re really into espresso. Nothing wrong there, but we suggest getting your cinnamon mochaccino fix elsewhere. This is strictly for adult women and men who don’t require sticking out their pinky finger to rest on the culinary crutch of added sweeteners and fat. Expect a bold, brave, java-infused incarnation of Double Bastard Ale, one that’s only appearing with its Liquid Arrogance brethren in the Arrogant Bastard Box. 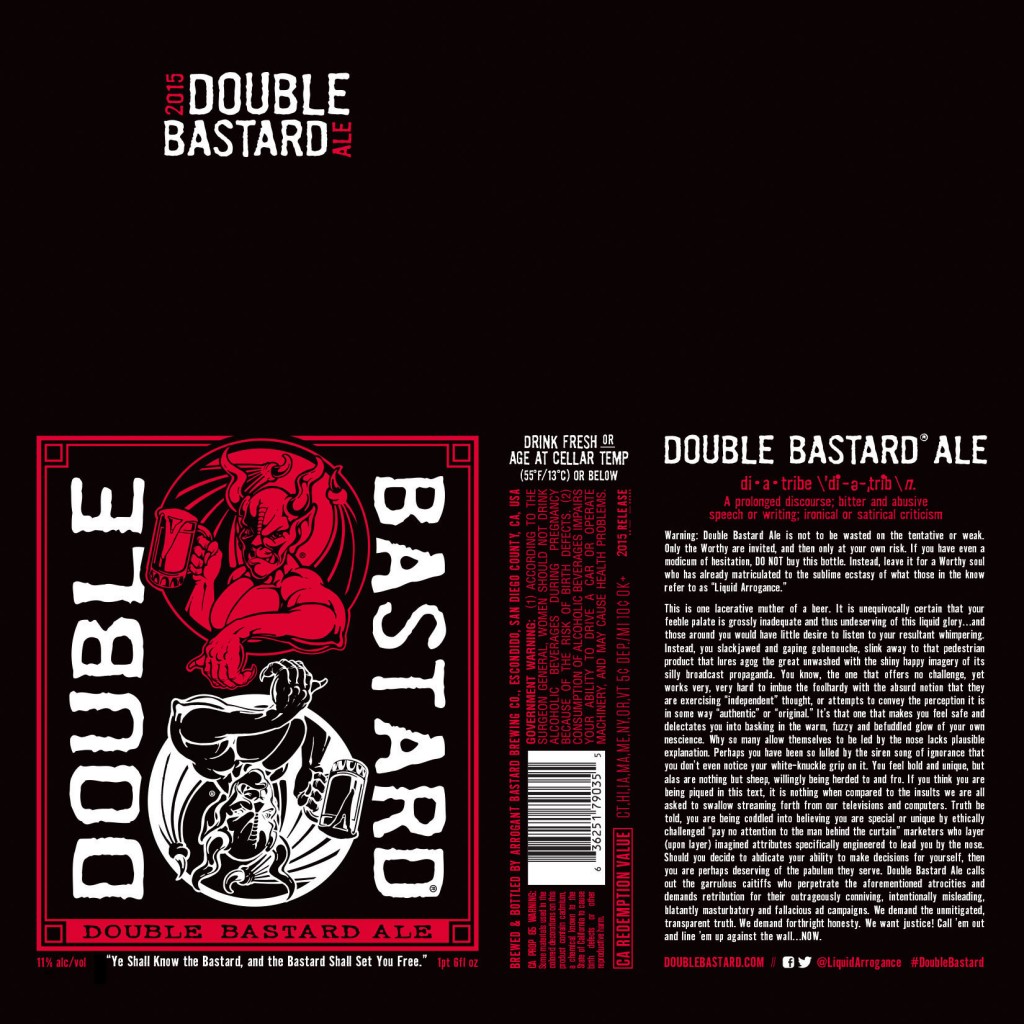