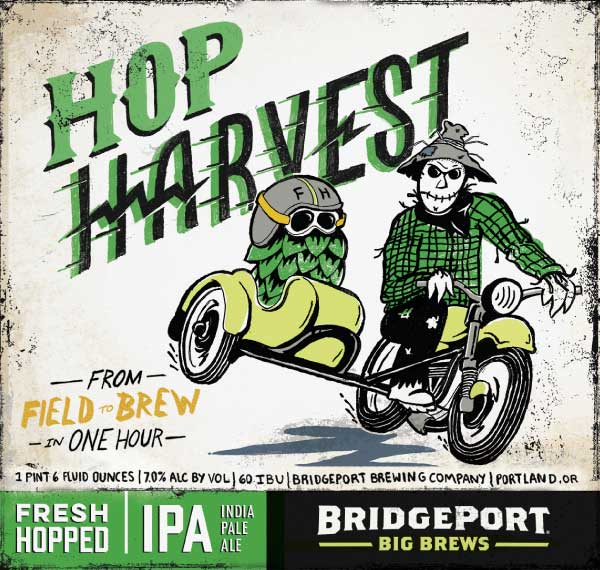 The latest in fresh hop beer releases is from Oregon’s oldest craft brewery, BridgePort Brewing Company, and its Hop Harvest Fresh Hopped IPA. This is the time of year when the BridgePort brewers drive an hour south to the Willamette Valley to pick up freshly picked hops from the bine. The hop harvest let BridgePort Brewing to Sodbuster Farms just north of Salem, Oregon. Once loaded up the hops head back north to Portland and are then added to the brew, ensuring an extremely fresh hopped IPA. After sampling Hop Harvest Fresh Hoppped IPA over the weekend at Feast Portland, it is one fresh hop beer to seek out. Best yet it is bottled so it can be easily enjoyed outside the pub.

It is very important to collect these hops at its peak freshness. “Getting those fresh green hops into the beer as quickly as possible ensures that fresh hop flavor that we all love this time of year,” commented Jeff Edgerton, Brewmaster of BridgePort Brewing Company. “For 2015, we’ve brewed a classic IPA style beer and infused it with more than 250lbs of fresh Crystal hops per brew; giving the brew a soft citrus aroma and flavor unlike anything you can get from dried hops.”

The process that BridgePort uses to give this seasonal, limited-release beer the freshest hop flavor is a time sensitive one. First, the beer is brewed, then at the end of fermentation and immediately after the hops are delivered, the freshly fermented beer is poured straight over the green Crystal hops, capturing that fresh, local flavor. 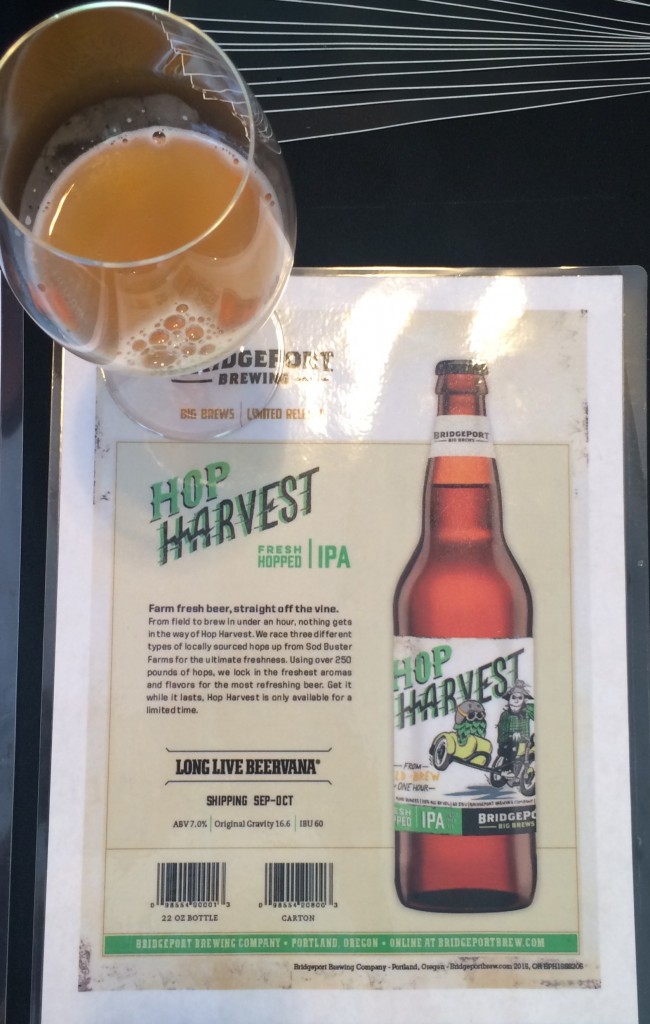 BridgePort Brewing’s Hop Harvest Fresh Hopped IPA can be found on in 22 oz. bottles and on draft at better beer spots including BridgePort’s BrewPub in Portland’s Pearl District. Don’t wait too long as this fresh hop will not linger around too long.