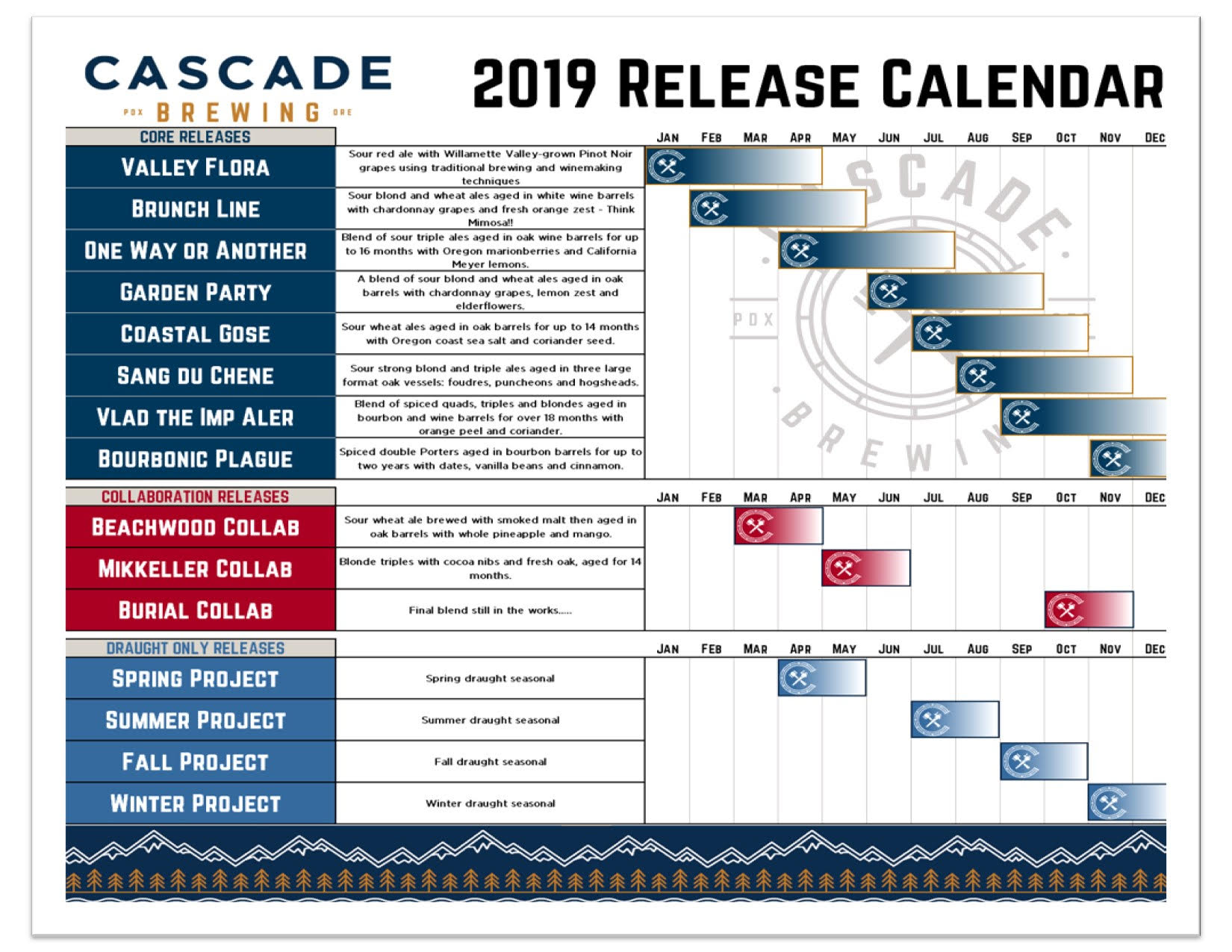 “This will be a very exciting year for Cascade,” stated Tim Larrance, VP of Sales and Marketing for Cascade Brewing. “Our goal with the 2019 calendar is to bring new life to some of Cascade’s most iconic blends as well as to sharpen our creative edge through a series of new projects.”

Highlighting this year’s calendar will be the return of two of the most awarded beers in the brewery’s portfolio: Bourbonic Plague, which won a gold medal at the Great American Beer Festival in 2009; and Vlad the Imp Aler, which won a silver medal at the same event the same year. Both will be available in a 500ml format for the first time.

“It’s been extremely rewarding to work through the creative process with our esteemed colleagues at Beachwood, Mikkeller and Burial,” explained Kevin Martin, Director of Brewery Operations for Cascade Brewing. “We never cease to be inspired by the ways each of our collaborative partners bring their own unique identity to a project and how that character is expressed in the final product.”