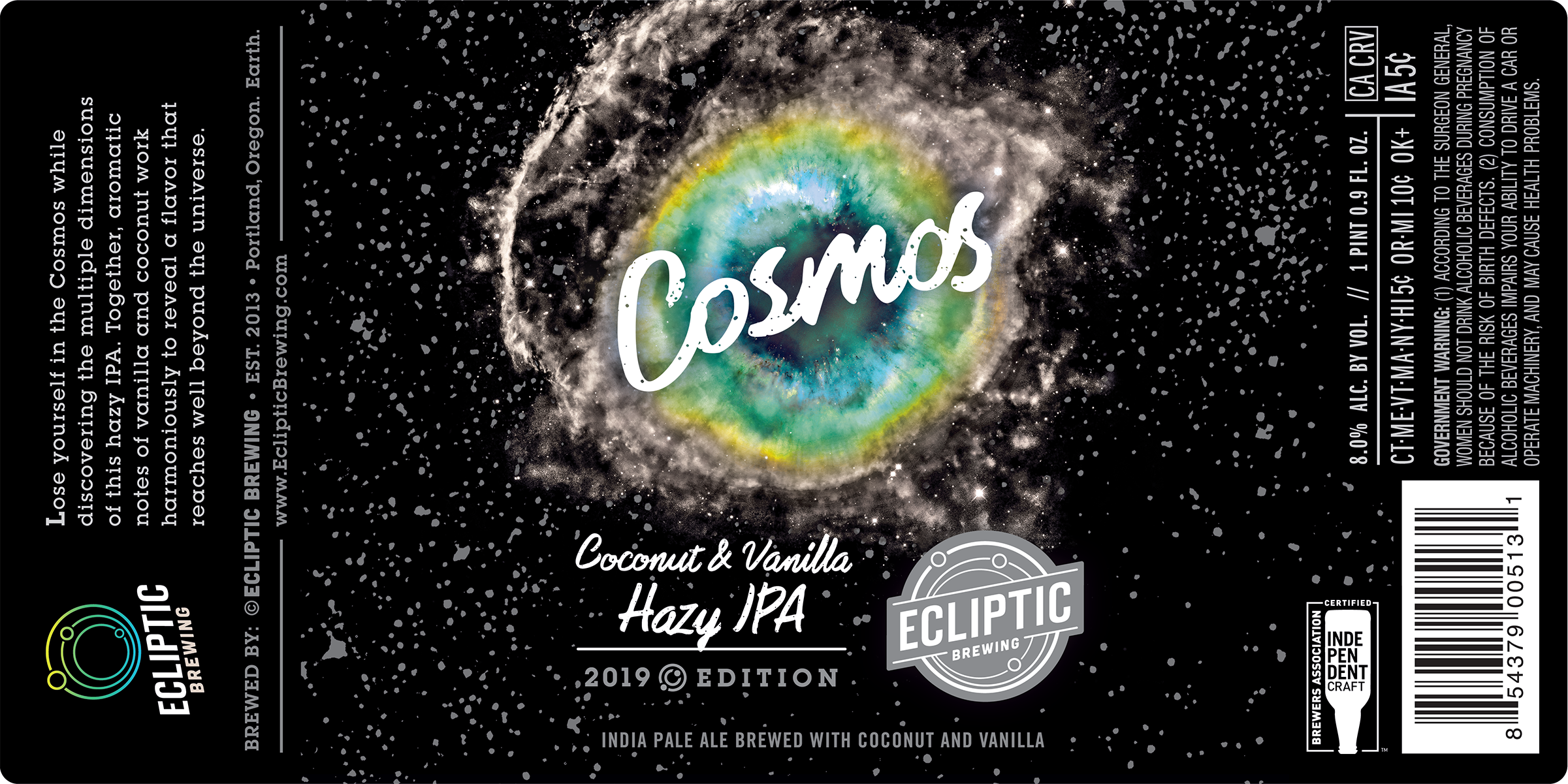 And speaking of coconut, the team at Ecliptic brewing has ben wanting to create a coconut beer for years. “We’re excited to expand our hazy options with this new beer. Toasted coconut and vanilla combine with ample dry hopping to bring the juice,” said John Harris, Ecliptic Brewing Owner and Brewmaster, in a statement.

Cosmos Coconut & Vanilla Hazy IPA will first be released at Ecliptic Brewing on May 16th on draft and in 500mL bottles. The beer will also be available throughout Ecliptic Brewing’s distribution network.