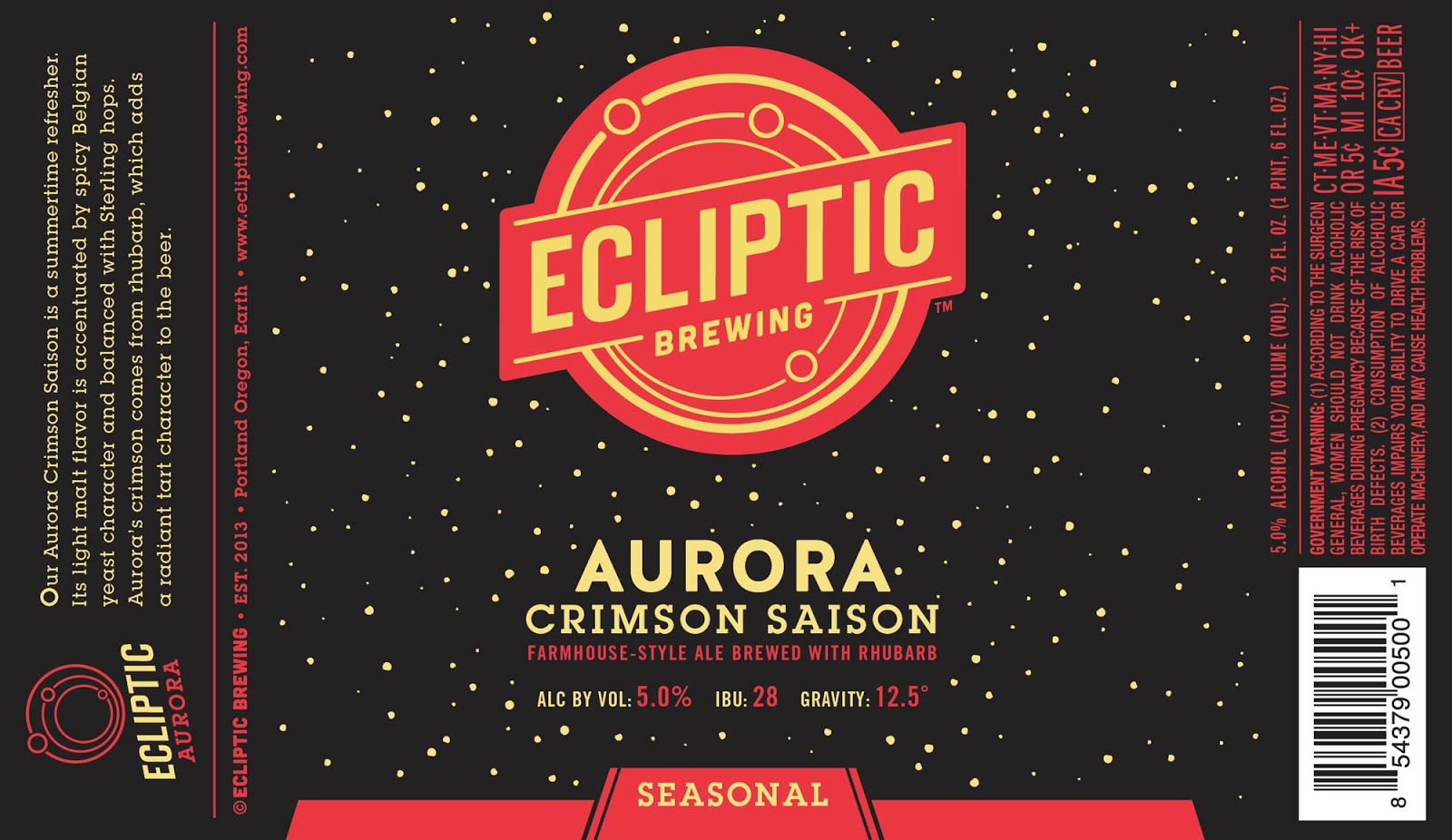 The latest in bottle releases from Ecliptic Brewing brings us a few our more recent memorable beers that we have had on tap. These two new bottles releases will be for Aurora Crimson Saison and UltraViolet Blackberry Sour Ale.

“We’ve had a lot of fun creating these two new summer releases, both of which are great hot weather thirst quenchers,” said owner and head brewmaster John Harris.  “The response to both beers has been really enthusiastic, and we’re excited to make these available to our wider distribution network in bottles.” 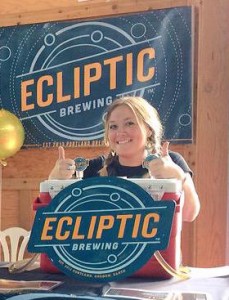 One of our favorite beers pouring at the recent Oregon Garden Brewfest was Aurora Crimson Saison, named after the colorful cosmic rays seen in the northern sky. This Saison is very crisp and refreshing for the abundant hot days that we are currently enduing. What sets this beer apart is the addition of rhubarb, not a vegetable usually associated within the brewing industry. The rhubarb offers up faint tartness that makes this Saison worth seeking out. (IBU: 28, ABV: 5%, GRAVITY: 12.5°P)

The other new bottle release from Ecliptic is for its entry into this year’s Fruit Beer Festival, UltraViolet Blackberry Sour Ale. This beer is brewed with Oregon Blackberries, soured in the brewhouse and fermented with Belgian yeast. The result is a tart and crisp sour ale, with ripe blackberry flavors radiating through it like cosmic rays traversing the universe. (IBU: 11, ABV: 7.5%, GRAVITY: 16°P) 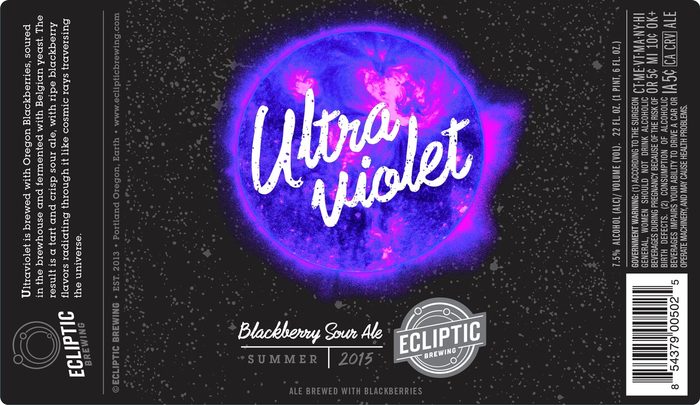