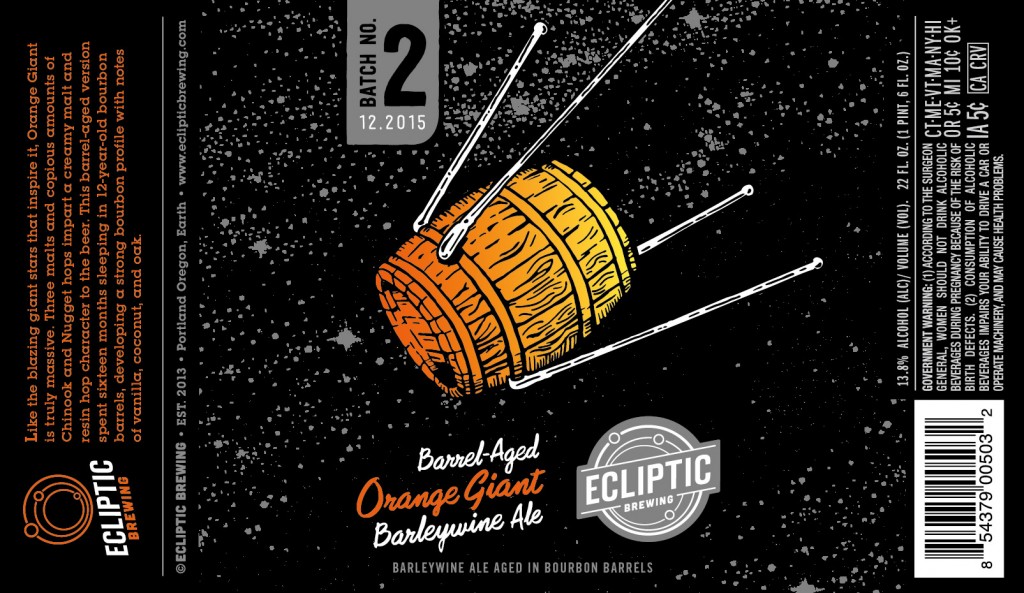 Orange Giant Barleywine Ale
Named after the giant orange stars in the sky, this barleywine has a gratifying warming effect and drinks smooth. Three malts create a hearty malt profile with robust character. Copious amounts of Chinook and Nugget hops combine for a nice resin hop flavor. Orange Giant is perfect for aging in your cellar. 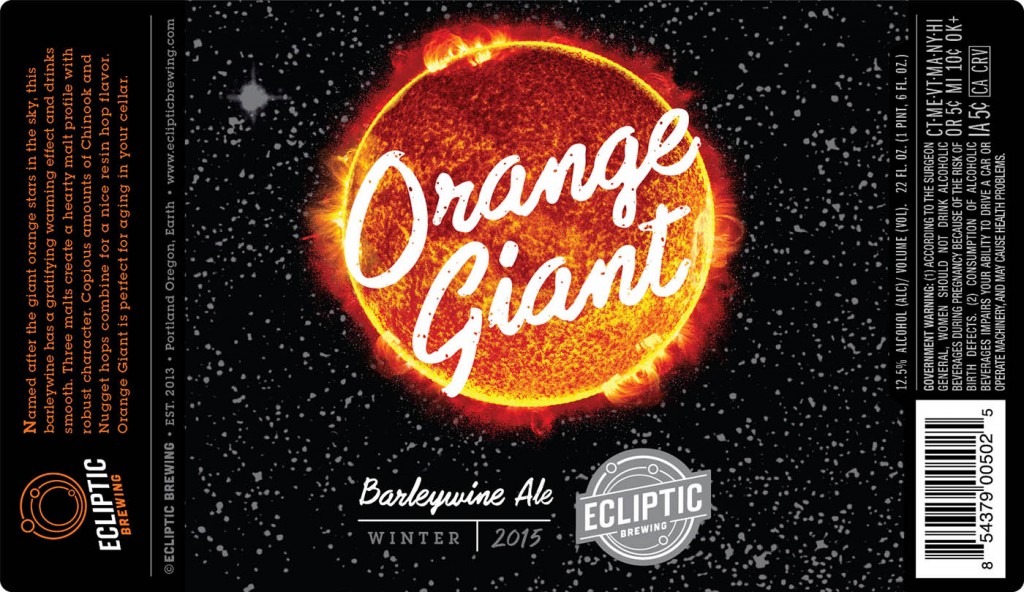