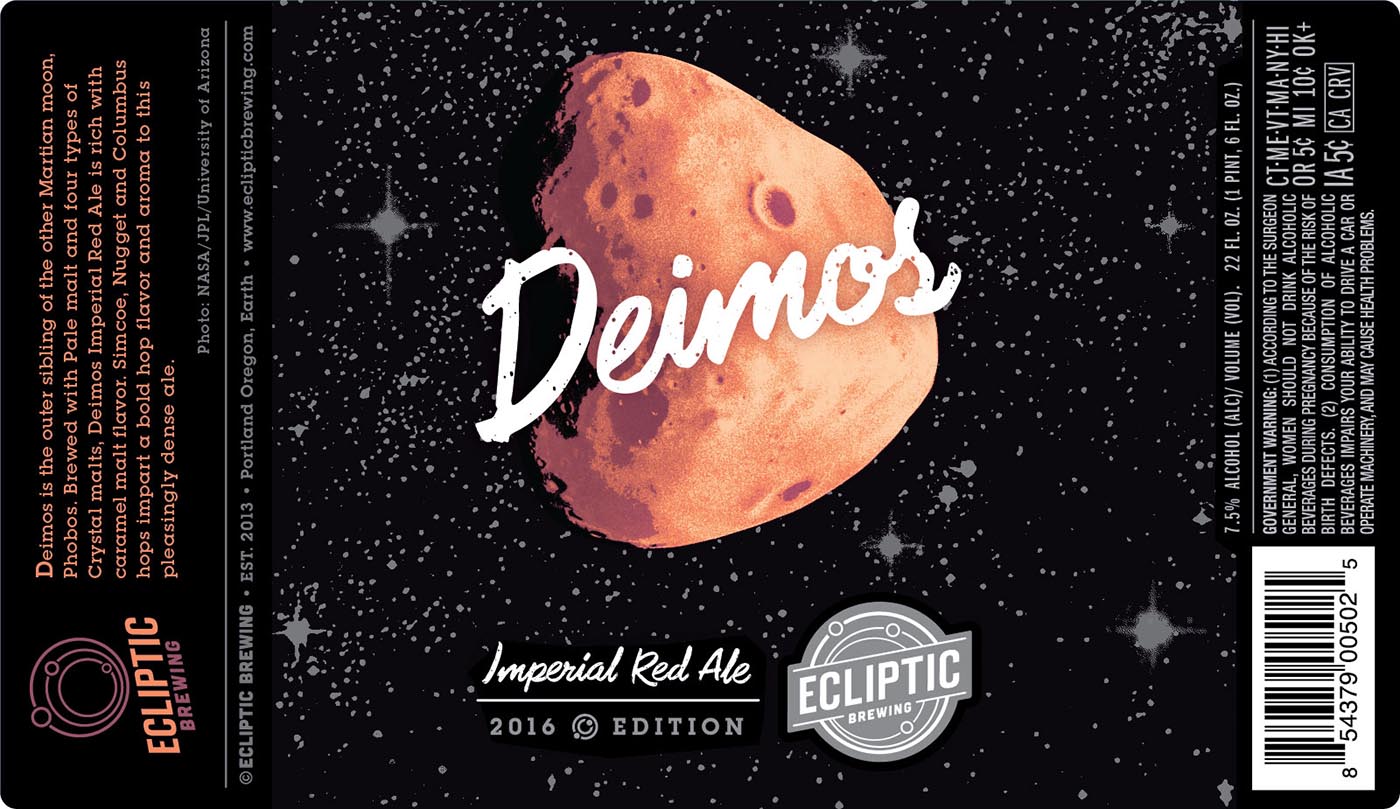 “With loads of dry hops, Deimos is a deliciously hoppy imperial red ale and Zenith is crisp, tart, and refreshing,” said owner and head brewmaster John Harris. “We are excited for these new beers to be released.”

About Zenith Grapefruit Gose
Zenith Grapefruit Gose (pronounced Gose-uh) is a traditional German-style sour ale with a touch of coriander and salt.  Our interpretation of this style includes grapefruit, for a refreshing beer, perfect for springtime when the sun re-emerges above our celestial sphere. 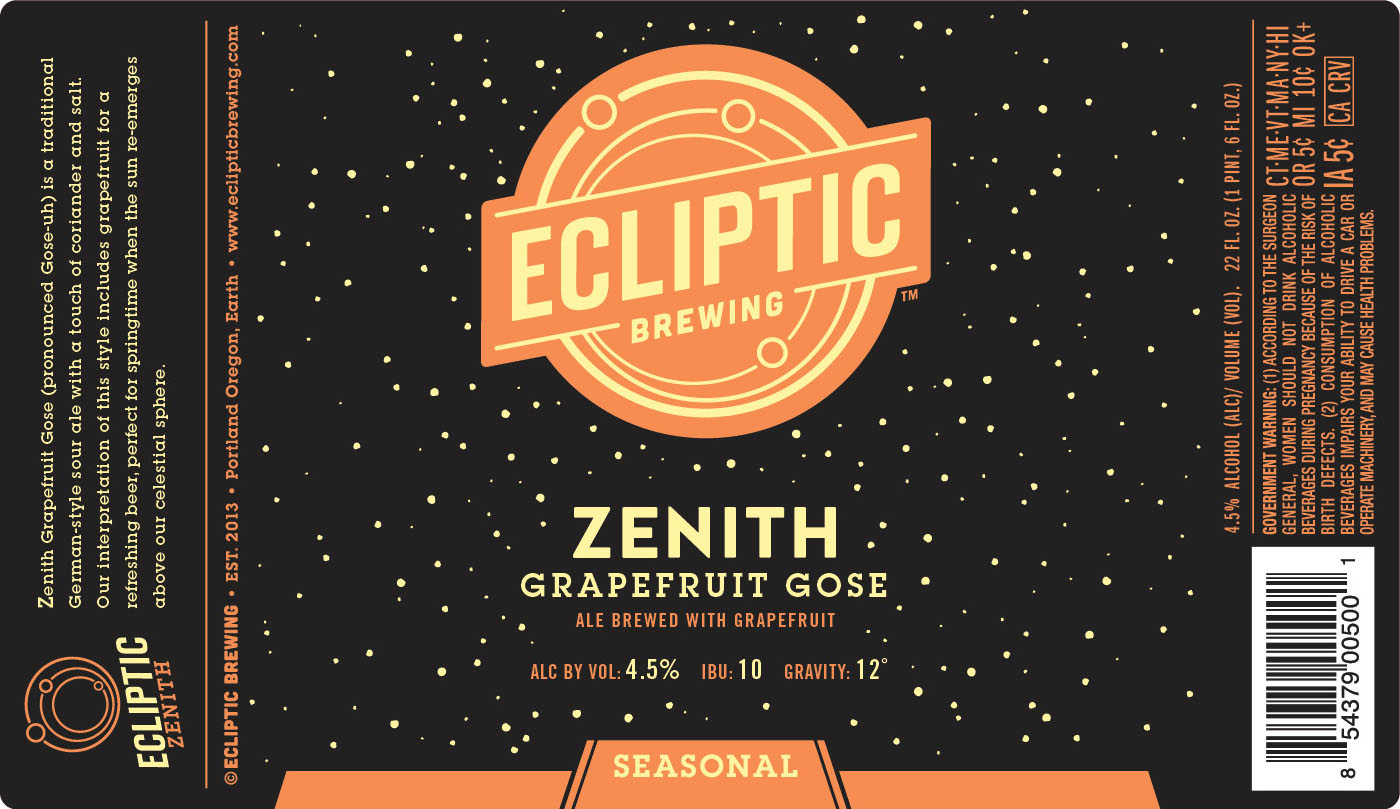 Both beers will be available in the pub and distributed throughout the Ecliptic Brewing distribution network in draft and 22oz bottles.