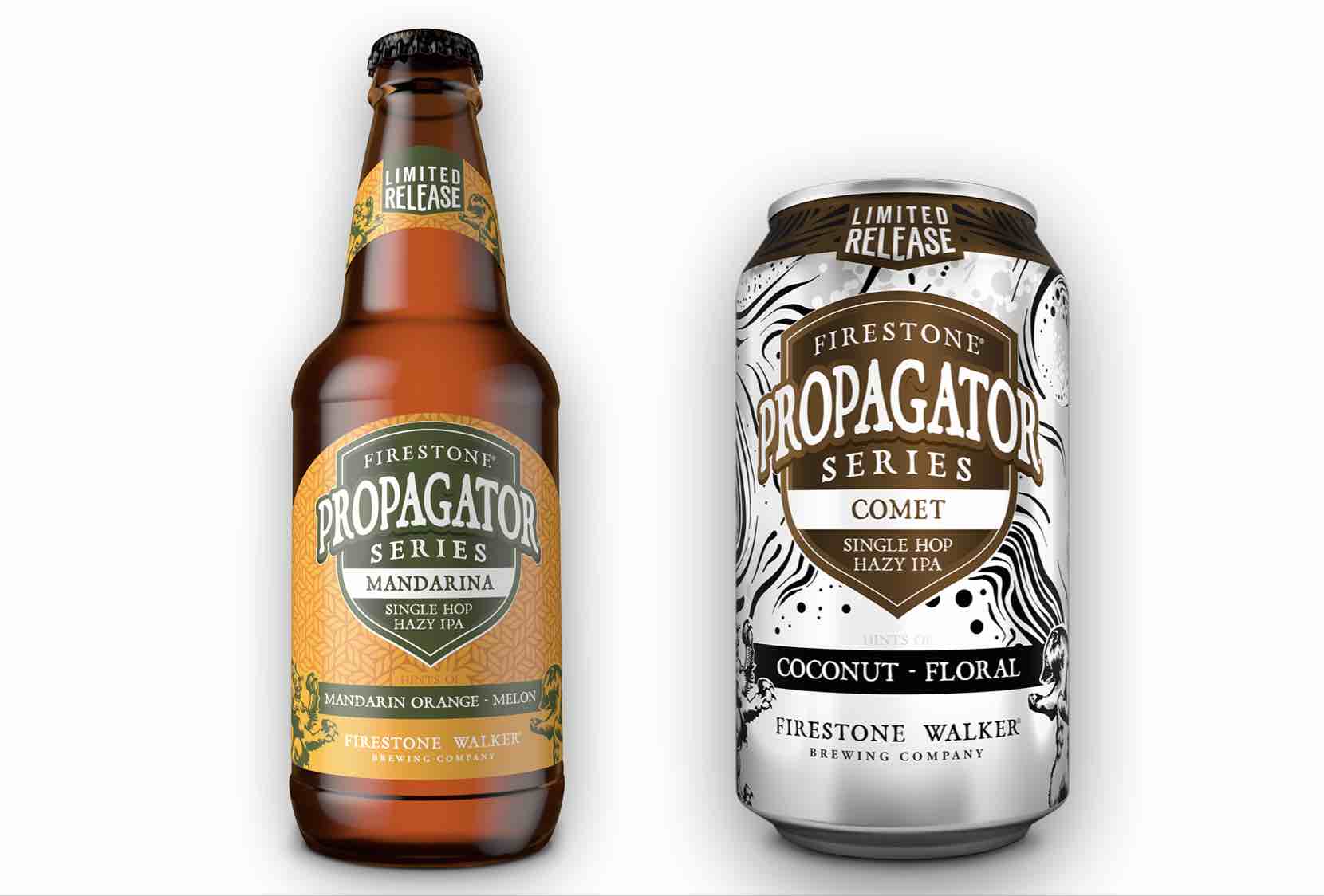 Joining the updated Crafted Thru Hops mixed pack of 12 oz bottles is Mandarina, a citrusy single-hop IPA that sits at 5.6% ABV and 35 IBUs. Firestone Walker’s brew team first used this hop when formulating the sessionable Easy Jack IPA. The Mandarina hop was a foundational piece for the Easy Jack recipe and has found its way into a number of other Firestone Walker beers including Mind Haze IPA.

“What we like about Mandarina – as the name suggests – is the sweet fruity, tangerine character it delivers,” said Brewmaster Matt Brynildson, in a statement.

Mandarina is only available in the Crafted Thru Hops mixed pack of 12 oz bottles include the latest rotation of Luponic Distortion; Union Jack; and Double Jack.

The other new beer from the Propagator Series is Comet, a single-hop IPA featuring the Comet hop. This hop variety offers a bright floral citrus fruit character with hints of coconut. Comet sits at 5.6% ABV and 35 IBUs.

“It plays well with others, but this is the first time we have let it stand on its own in a single hop brew. I’m excited to see it in a beer as the lead hop – great name as well!” said Brynildson, in a statement.

To locate either of the Crafted Thru Hops IPA Mixed 12-Packs, use the Firestone Walker Beer Finder.