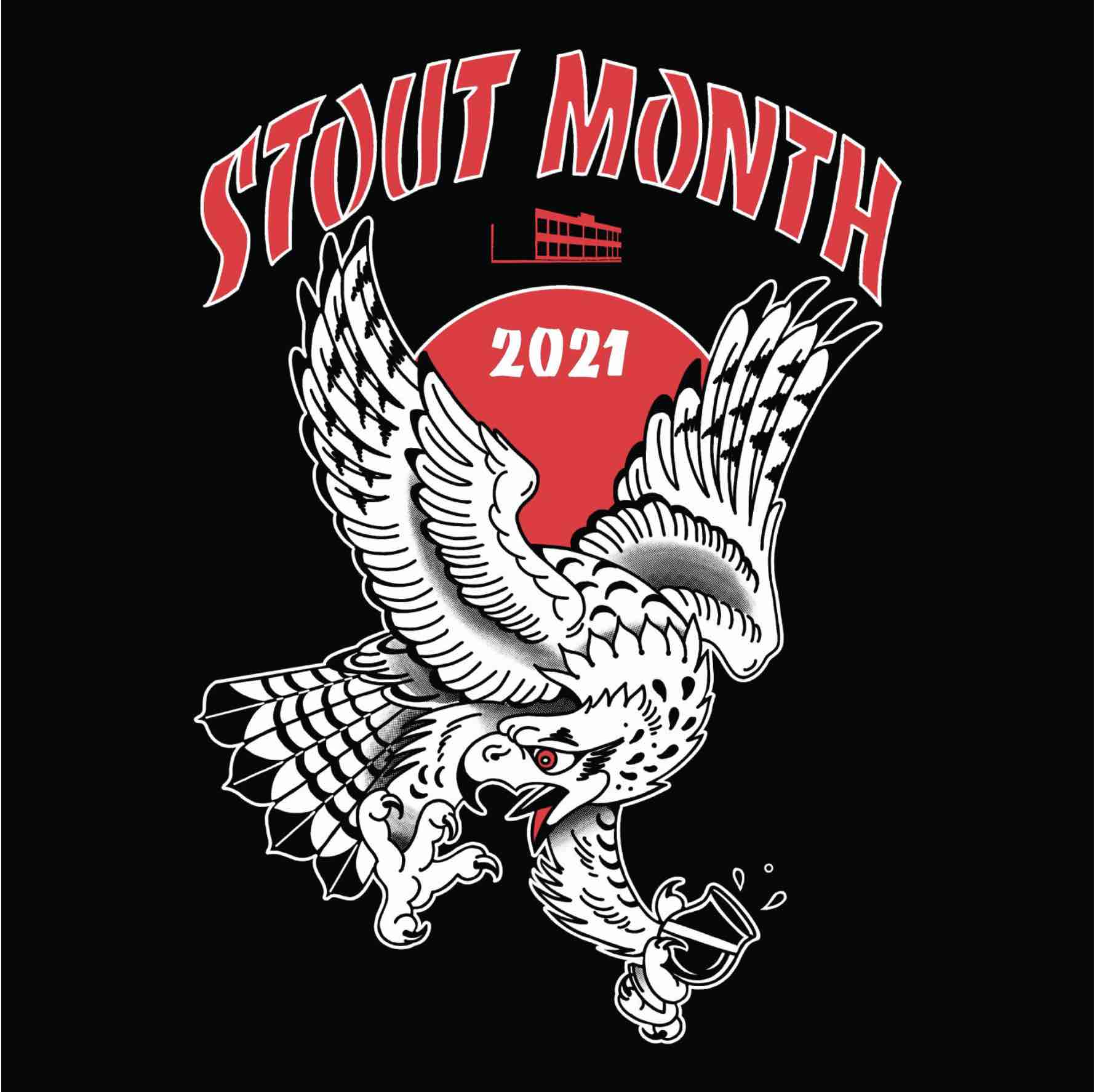 Even though this year’s Stout Month may not have all of the fanfare as it normally would in normal times, the brewery is attempting to make the best of the situation we are all dealing with. In lieu of having to visit Fort George to order these stouts, the brewery will be offering many of its popular offerings in bottles to go or directly shipped to your home for those of us residing in Oregon and Washington.

For the very first-time during Fort George Stout Month, you’ll be able to reserve bottles of Matryoshka and its plethora of variants online, with direct shipping to your home. You can also make a trip to Fort George for easy pick up as there will be a separate and safe location in the Lovell Brewery for Stout Month pre-order pick-ups, and you might be able to enjoy a taste or two from the Lovell Taproom, open for the first time in nearly a year.

In addition to Matryoshka bottles being released in February, Fort George will also offer a tap list full of 2021 Matryoshka variations, cellared stouts, and a few one-offs brewed just for Stout Month. There will be Stout Month merchandise available at the pub and online, including t-shirts, hoodies, and hats all with the 2021 Stout Month logo, and limited gold Matryoshka glassware.

Here’s a breakdown of the stouts that will be pouring at Fort George during the month of February and being offered for home beer delivery for those of legal age in Oregon and Washington.

February 1st to February 12th – Matryoshka Variations
Forget the long lines of The Aftermath. Sales for Matryoshka variations start online Monday, February 1st for Lovell Auto Co. and Mug Club members. Bottles can be ordered for pick-up at Fort George (starting Saturday, February 6th) or with direct shipping to WA and OR addresses.

“We used a mix of Madagascar, Tahitian, Papua New Guinea, and Ugandan vanilla beans for the whiskey & bourbon variations,” explains Fort George Barrel Master, Dave Coyne. “Some are fruitier, some are sweeter, and combined they give a very rounded vanilla profile. We stacked cocoa nibs, cinnamon, and finally raspberries on top of the vanilla. The cinnamon is a combination of Saigon, which has that typical ‘Big Red’ flavor, and Ceylon, with more mild and floral notes.”

Most of this year’s Matryoshka aged in either Westward Whiskey or Buffalo Trace Bourbon barrels, which were then blended. A much smaller portion was put into Jamaican rum barrels. Here is the full list of 2021 Matryoshka variations available: 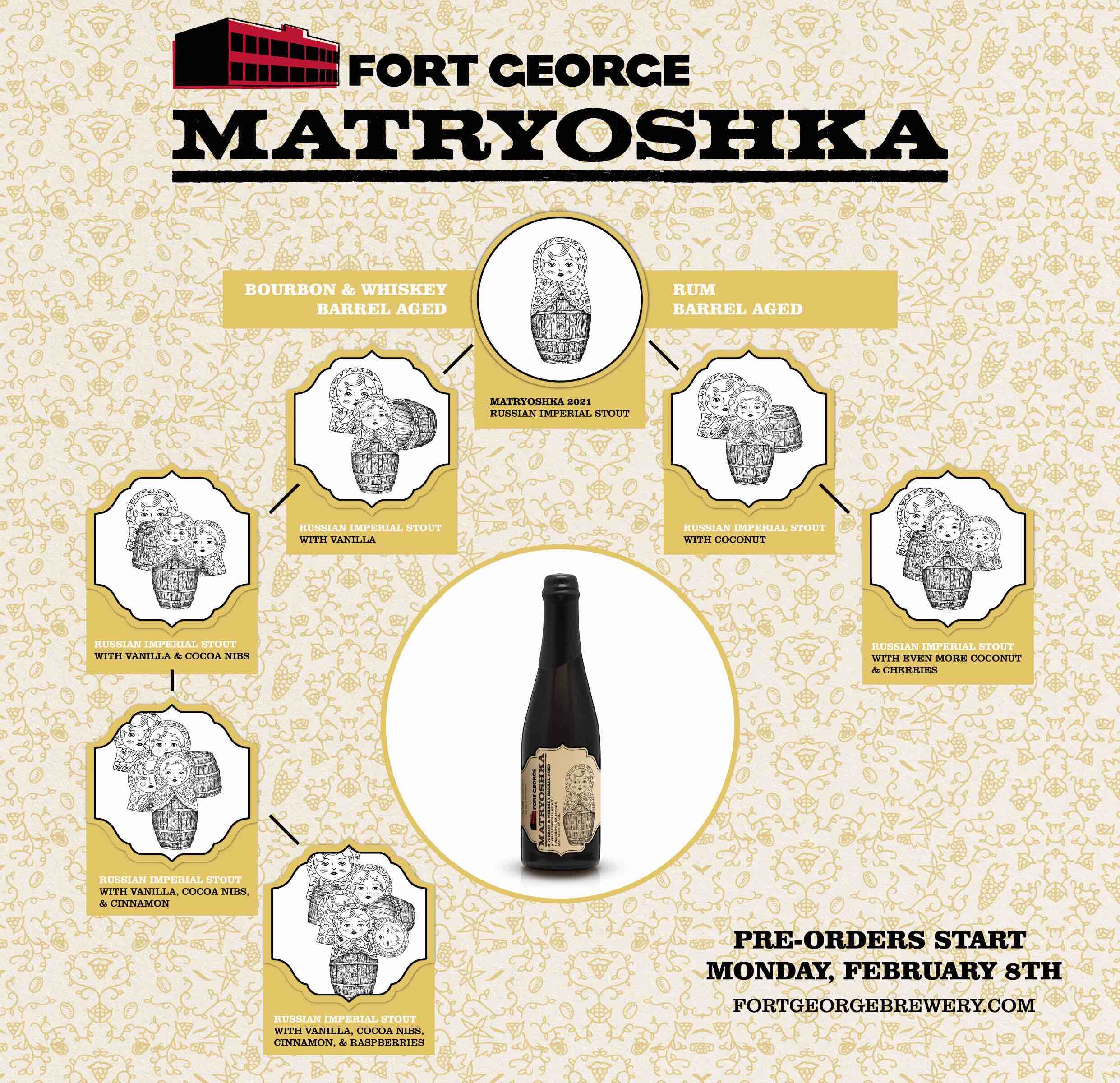 February 6th – Barrel Aged Black is Beautiful
This Imperial Coffee Stout collaboration hosted by Weathered Souls Brewing helped raise awareness about racial injustice in this country, and raised funds for organizations that support the Black community. Fort George and Buoy Beer took a portion of the batch brewed last year and aged it in local whiskey barrels from Adrift Distillery and Pilot House Distilling, then conditioned it on more freshly roasted coffee beans from Columbia River Coffee Roasters, right before bottling. Bottles can be purchased at the pub or the online store with delivery to WA & OR residences. 100% of the proceeds from this beer will go to Black Resilience Fund of Portland.

Bonus bottle release on February 6th: Hodgepodge Imperial Rye Stout aged in Westward Whiskey barrels. “Hodgepodge is possibly the most approachable of the barrel aged beers we’re releasing,” Dave explains. “Dark chocolate, roast, and rye spice balance with some tasty oak to create a complex and very drinkable barrel aged stout. It’s the driest of this year’s releases, but it still packs a heavy punch at 12% ABV.” It’s also the smallest batch of the Stout Month bottles, so grab one while you can. 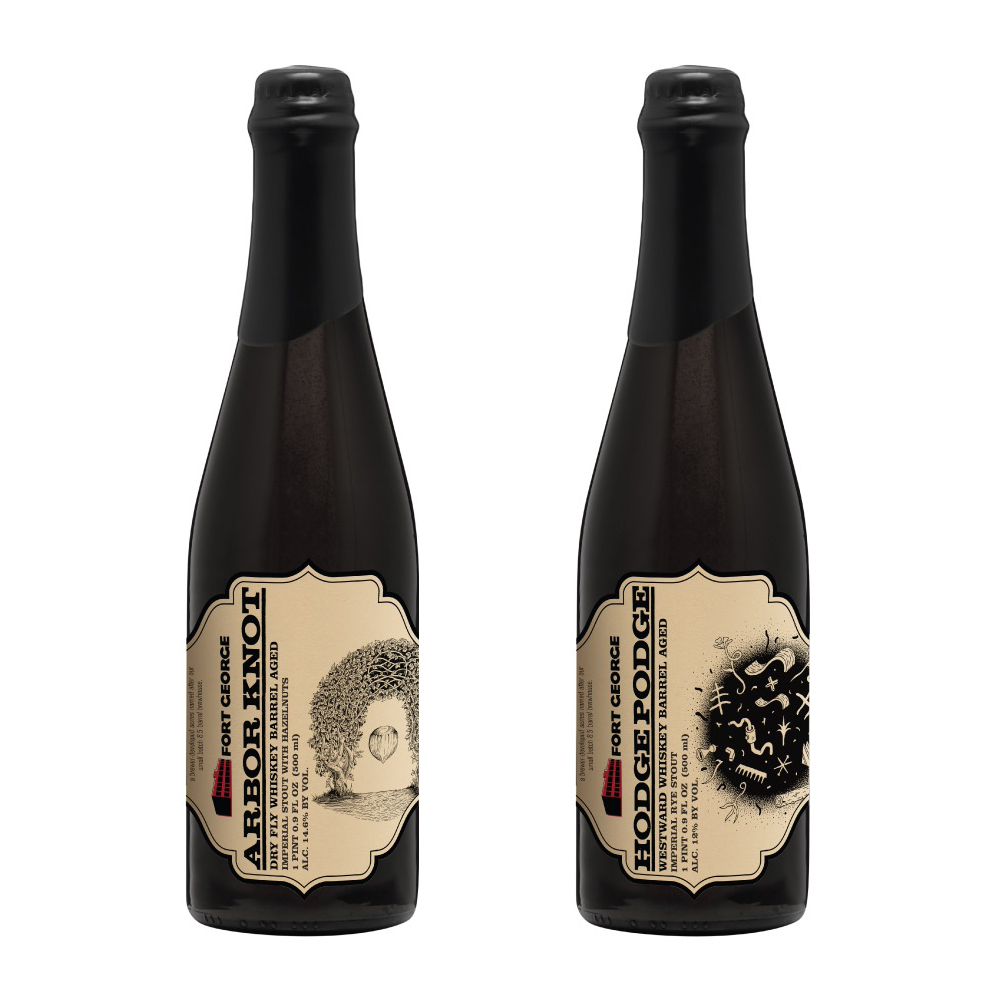 February 20th – Arbor Knot
This Imperial Stout was aged in Dry Fly Whiskey barrels and then conditioned on hundreds of pounds of hazelnuts. “It turned out amazing,” adds Dave, who also illustrated the bottle. “This might be one of my favorite stouts I’ve brewed. It’s robust and super creamy, with a big aroma and full flavor of toasted hazelnuts, milk chocolate, dark roasted oak, and vanilla.” And at 14.6% ABV, it’s definitely a big knot. These bottles are limited and will be available at the pub and online.

February 22th to February 28th – Matryoshka Vertical Week
Fort George will feature multiple variations of the Matryoshka series on tap, dating back to the first batches from 2017. Come get a taster tray of these rare stouts. You might even see a few cellared bottles available at the pub.

For up-to-date information and tap lists, be sure to check the webpage. At this time, customers may enjoy their food & beverages in the courtyard around the fire pit. Covered areas are available. Indoor seating and service will resume, as restrictions allow. Enjoy Stout Month, everyone!