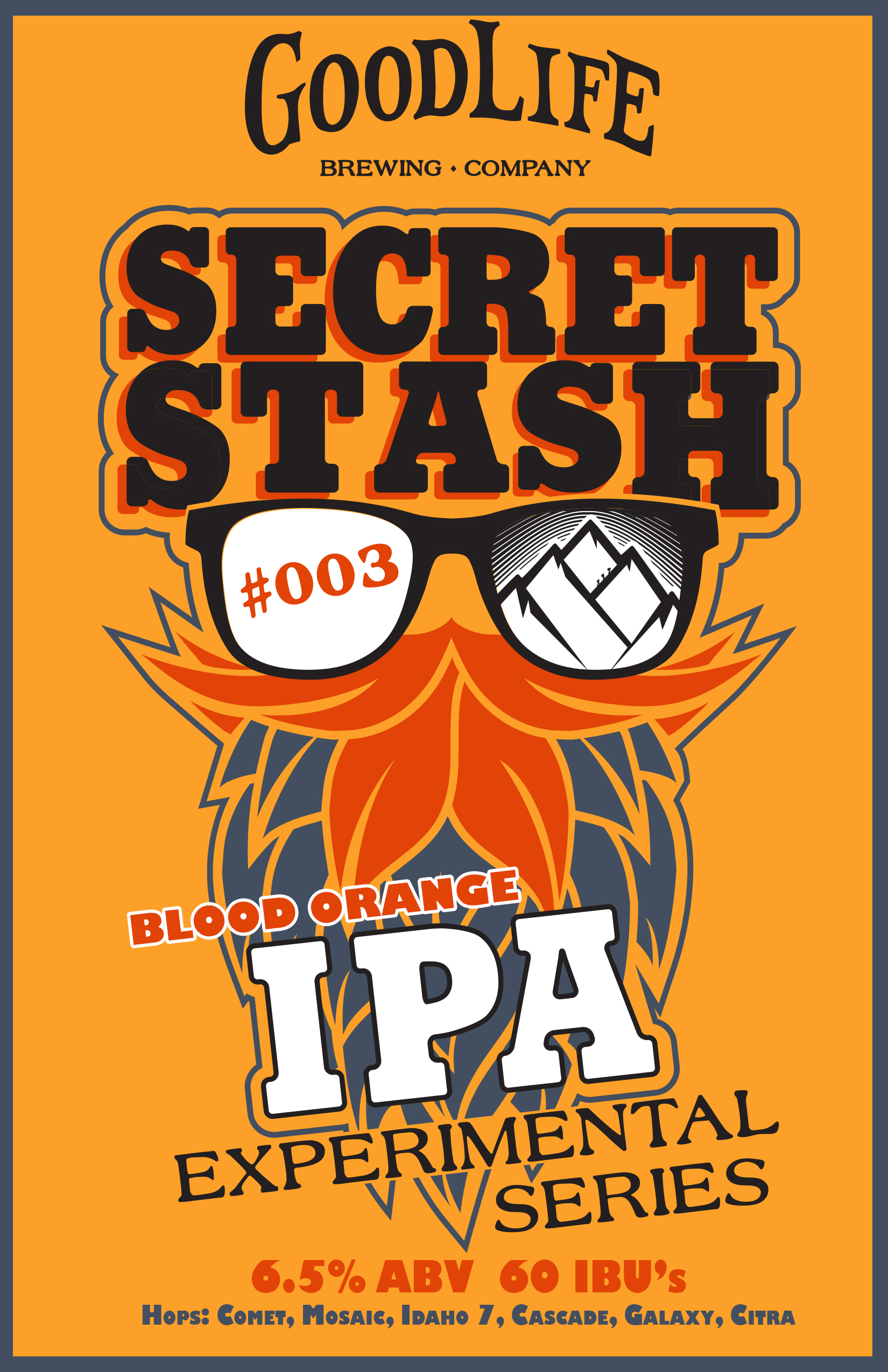 The latest release from GoodLife Brewing’s experimental IPA series is now available with Secret Stash #003. This latest version of Secret Stash is a refreshing Blood Orange IPA, perfect for the warmer days ahead.

Secret Stash #003 is brewed using Comet, Mosaic, Idaho 7, and Cascade hops. It was later dry hopped with Galaxy and Citra hops. The new experimental IPA has a burnt orange/golden color, slight haze, and a white head. Subtle citrus and blood orange notes on the nose combine well with bright citrus flavors finishing with subtle bitterness. Re-fermented on blood orange puree and lighter in alcohol at 6.5% ABV and 60 IBUS, this is a refreshing IPA with a playful palate.

Secret Stash Experimental IPA Series will be available in draft (1/2 BBLS and 1/6 BBLS) only throughout Oregon, Washington, and Idaho with limited volume so don’t delay as you may miss out.