A new extension to the Yeti family is hitting the market from Denver’s Great Divide Brewing with Chai Yeti. Inspired by its Himalayan roots, Chai Yeti adds traditional chai spices to the imperial stout base beer.

“Chai Yeti is a natural fit to the Yeti lineup,” said Brian Dunn, founder of Great Divide Brewing Company in a statement. “We thought the chai spices would work well with the chocolate and roasty malt character of Yeti.”

Not only does the flavor profile match perfectly with the beer, it also transports the drinker to the Yeti’s homeland as this new variation is a nod to the Yeti’s home region of the Himalayas. The connection between the geographic location where the mythology surrounding the Yeti was born and where the chai spice flavor originated is a natural play.

Traditional chai spices of cinnamon, green cardamom, black pepper, ginger, nutmeg, and vanilla blend seamlessly with Yeti’s rich, roasted malt backbone for a spicy beast fit to tackle Everest and at 9.5% ABV one must do so cautiously. 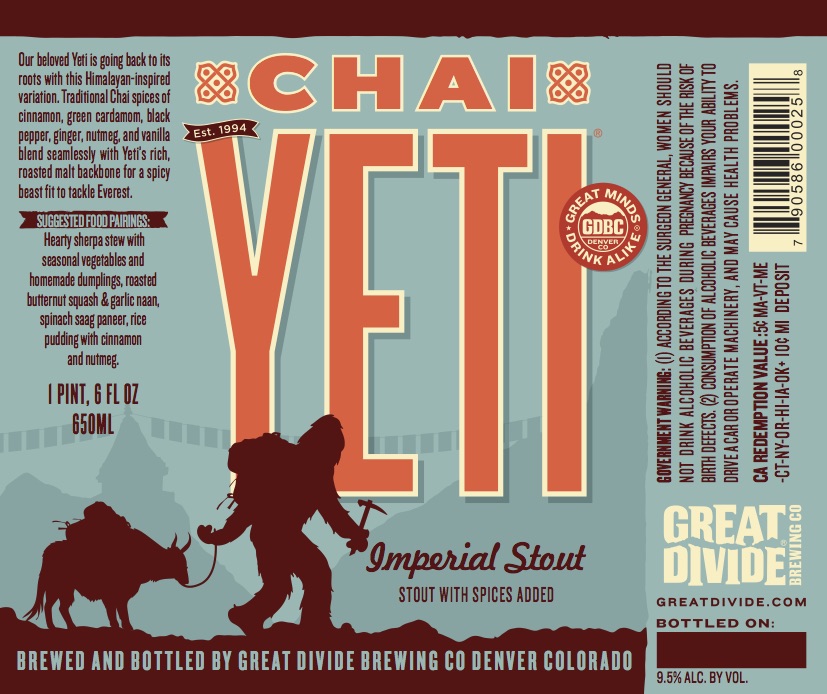 Chai Yeti will be available from October through December in 22 oz bottles across the country. This Yeti variation will also be available just in time for National Yeti Awareness Week November 13th -17th.