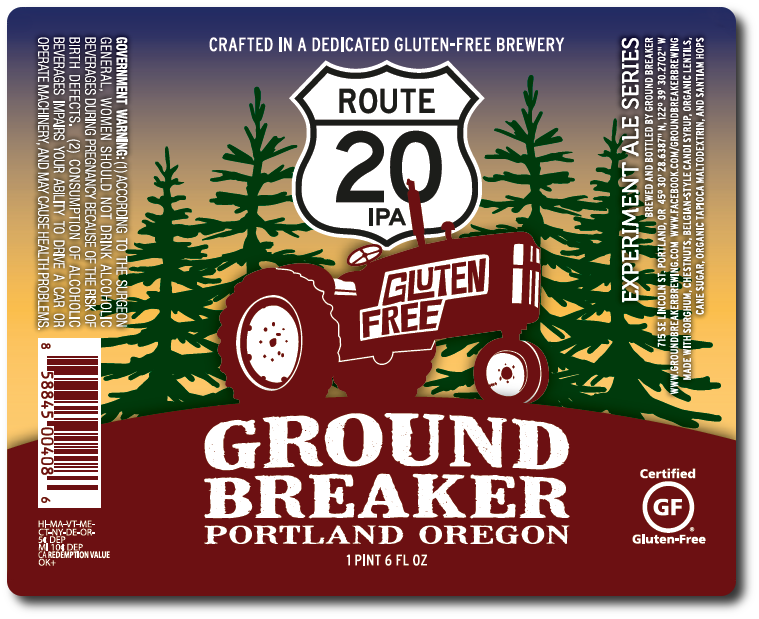 Stretching from Boston, MA to Newport, OR, Route 20 is the longest highway in the United State. To honor America’s longest continuous highway, Ground Breaker Brewing revives its coast-to-coast Route 20 IPA.

Route 20 IPA is a single-hop IPA that uses only Santiam hops and of course is gluten-free. At 6% ABV and 50 IBUs, Route 20 IPA receives all of its bittering, flavor and aroma from late additions of Santiam hops. Santiam hops are known for its floral aroma and carry hints of peppery spice. The hop is unique for its high amounts of farnesene that produces a fragrance that has been compared to magnolia flowers. Farnesene is also found in strawberries, apples, pears, and many other plants.

“It was probably the shortest amount of time we’ve ever spent naming anything. I was on my way to Steens Mountain, heading through the Santiam Pass,” said James Neumeister, Founder and Head of R&D in a release. “That’s when the name came to me.”