One of Portland’s treasures, The Unipiper is back at with the folks at Rogue Ales. The Rogue Eastside Pub & Pilot Brewery has collaborated with Brian Kidd, aka The Unipiper, on a new beer.

First the duo unleashed The UniIPA, a habanero infused IPA. Then The Pickled Piper, a kettle-soured cucumber gose was released last year. Now be prepared for The UniPorter. This robust porter was brewed with peat smoked malts resulting in a bold, full flavored porter with just a touch of smoke to round out the pallet.

The UniPorter will be tapped at 5:00pm on Thursday, March 30th at Rogue Eastside Pub & Pilot Brewery. Stop by to enjoy a special Star Wars themed food menu while trying the beer alongside Brian Kidd, The Unipiper himself from 5:00 to 8:00pm.

The Boba Feta Burger – Feta cheese and a house made kalamata olive tapenade top our 1/2 lb Kobe beef burger with lettuce and tomato on a Pearl Bakery bun. Served with fries, tots or chips and a red pepper aioli dipping sauce.

Scotch Eggs – Two hard boiled eggs covered in a lightly spiced sausage and rolled in a panko crust. Served with our ale mustard and apple chutney. Not actually Scottish, but still a favorite across the UK.

The B-3PO Salad – Beets, Blueberries and Bleu Cheese from Rogue Creamery topped with candied walnuts atop mixed greens. Served with a honey vinaigrette or your choice of dressing. 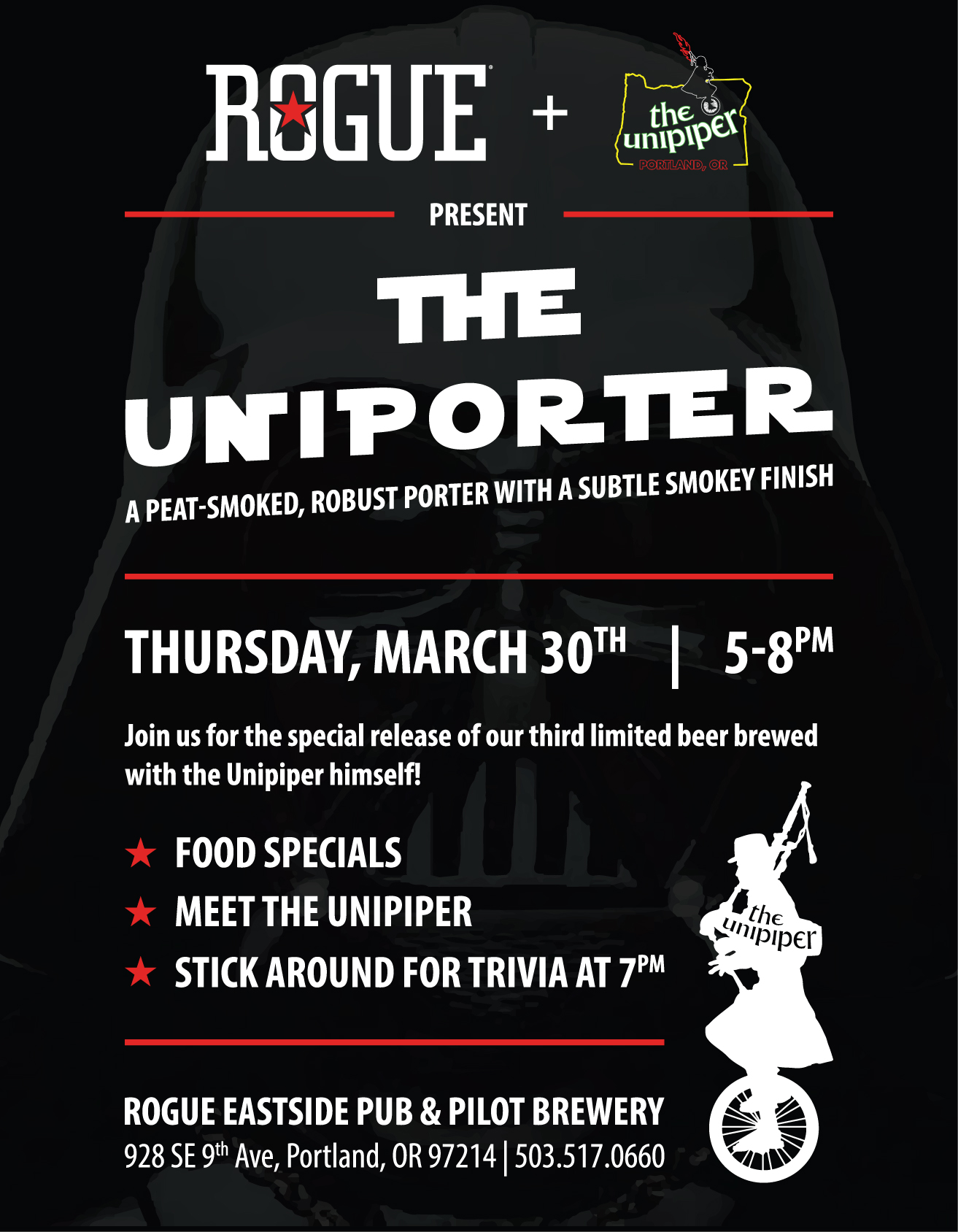