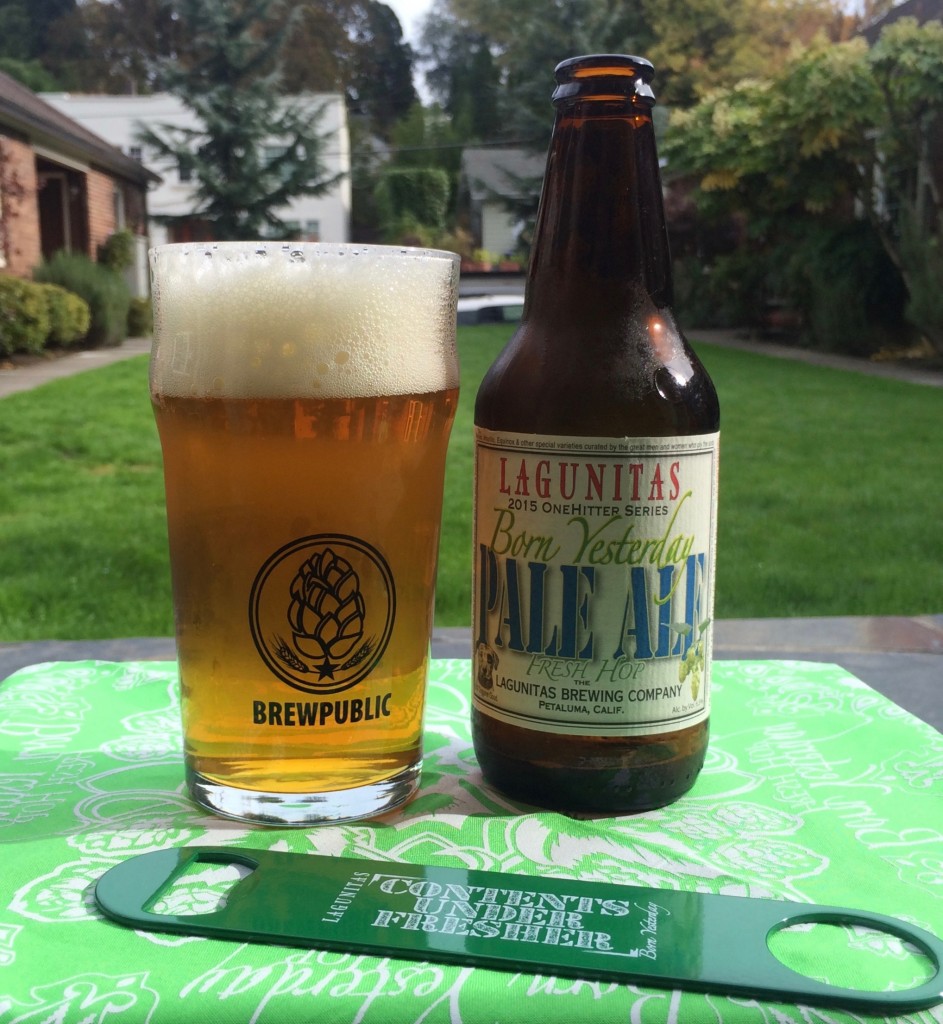 Rushed directly from the bottling line yesterday at Lagunitas Brewing is the 2015 release of Born Yesterday Fresh Hop Pale Ale. This is a Fresh Hop version of the brewery’s New DogTown Pale but with a much more powerful hop punch and just a slightly listed higher ABV at 6.5%.

This year’s Born Yesterday Fresh Hop Pale Ale, part of Lagunitas 2015 One Hitter Series, was bottled on October 26, and was then rushed to the marketplace. With ample use of wet, un-kilned, whole cone freshly picked hops from the Yakima, Washington area, Born Yesterday is bursting with a strong floral hop aroma and dank flavor. We’ve been told that the brewers used 11 pounds of Amarillo, Equinox, Simcoe, Citra, Mosaic and Indigenous Catawampus hops per barrel of Born Yesterday. And from sampling this fresh hop it’s a beer that any hophead will enjoy. Lagunitas knows its hops and Born Yesterday is no exception to this rule.

Born Yesterday Fresh Hop Pale Ale will not be around for long as this release pretty much closes out the fresh hop season. Get it while the getting’s good, as this freshie will begin showing up at better beer stores and beer bars beginning today in 6-pack 12 oz bottles and on draft. If you want to know which stores and bars are serving Born Yesterday Fresh Hop Pale Ale click here for the Lagunitas beer locator.