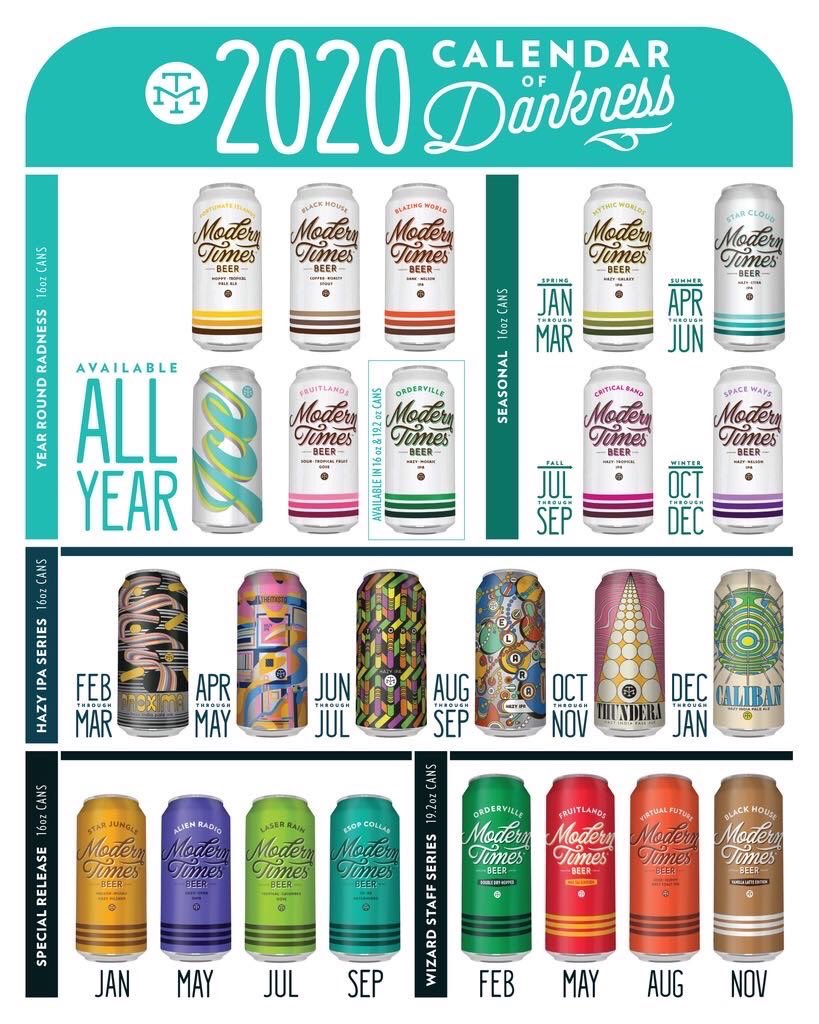 Nearly two years ago Modern Times Beer opened up its Belmont Fermentorium in the space that The Commons Brewery once called home. Now the San Diego based brewer has announced its 2020 Beer Release Calendar. This calendar is mainly for it packaged beer that’s brewed in San Diego and does not include the many one off, beers that the brewery is well known for. We are sure to see many additional beers coming from its Portland space.

The 2020 Beer Release Calendar includes six Year Round Radness offerings all in 16oz Cans, plus Orderville in both 16oz and 19.2oz cans. Its Seasonal lineup will bring four beers to market all in 16oz cans. Modern Times’ Hazy IPA Series will include six beers released every other month beginning in February 2020 in 16oz cans. The brewer will also have four releases in its Special Releases series, all in 16oz cans and four release in its Wizard Staff Series in 19.2oz cans.

You can learn more about each of these offerings by checking out the Modern Times Beer website.

Modern Times Beer now has seven locations across the West Coast as it just opened its newest location, The House of Perpetual Refreshment in Oakland, CA. Its beer is distributed in California, Arizona, Colorado, Nevada, Utah, Hawaii, and the Pacific Northwest.