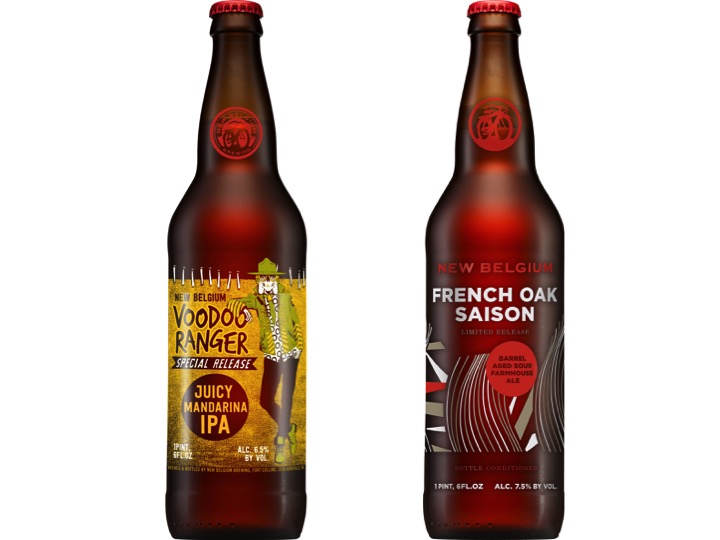 Juicy Mandarina IPA pours a hazy orange and comes in at 6.5% ABV. It’s available this spring in 22 oz. bottles and on draft.

French Oak Saison
Another special release addition to the New Belgium lineup, although not part of the Voodoo Ranger family, is French Oak Saison. This barrel aged sour farmhouse ale is a limited release. French Oak Saison brings together a dry, hop-forward Wallonia-style saison with a golden ale, which is soured in French oak foeders for 15-18 months. Rye and spelt grains give the beer a medium body, while Huell Melon and Tettnang hops provide a honeydew and white pepper aroma.

This saison has a mouthwatering sourness with a clean, dry finish. It comes in at 7.5% ABV and is now available in 22 oz. bottles and on draft.

To find Juicy Mandarina and French Oak Saison near you, use the New Belgium Libation Location tool: or download New Belgium’s Beer Modeapp.