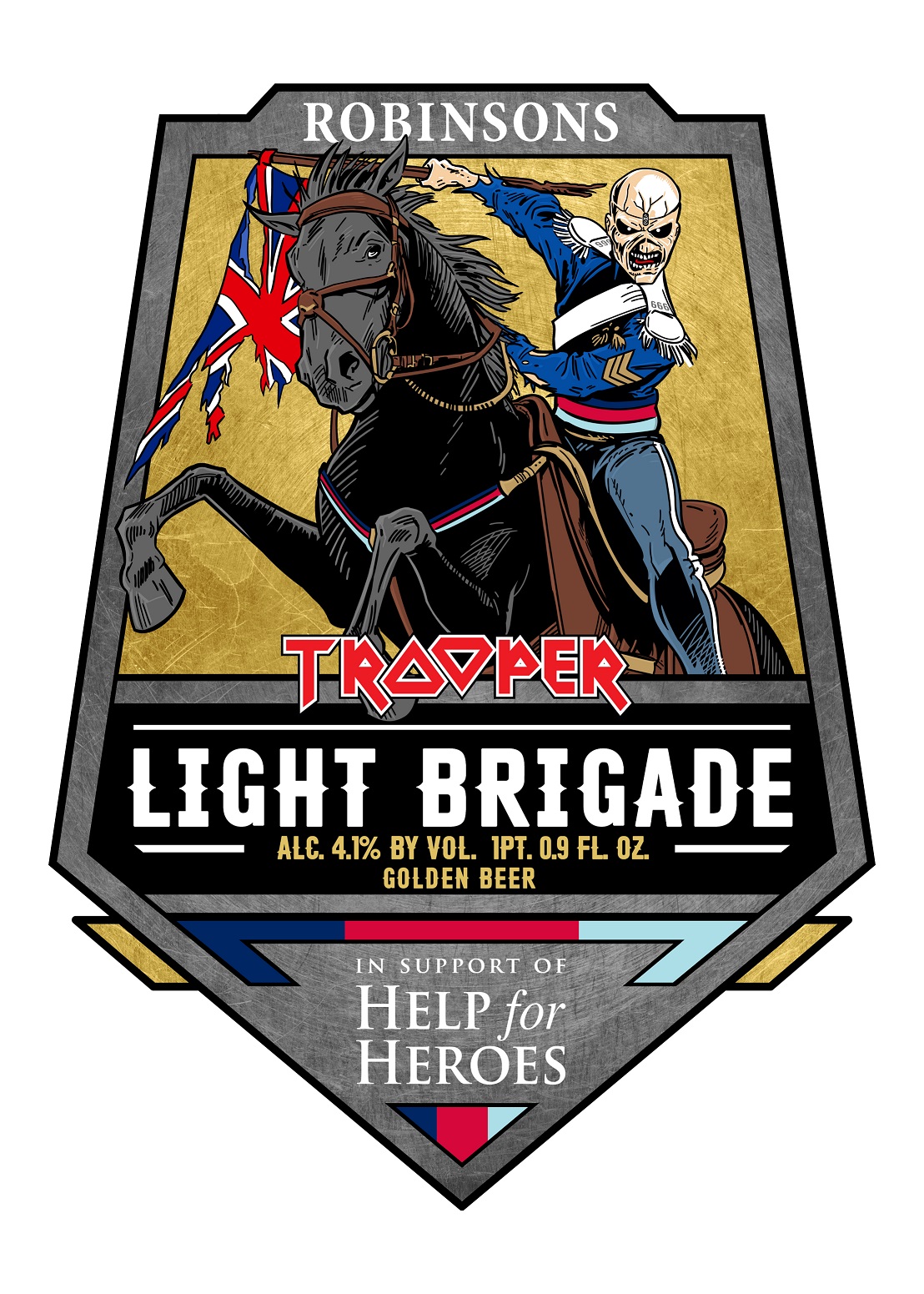 As Iron Maiden makes its way around the United States on its Legacy Of The Beast Tour in 2019, the band has once again partnered with Robinsons Brewery on a new TROOPER beer. Imported by Artisanal Imports, the new TROOPER Light Brigade made its debut in the U.S. earlier this year.

Bruce Dickinson, lead singer of Iron Maiden is a fan of craft beer and has worked with Robinson Brewery for the past few years on various beers bearing the TROOPER name. The TROOPER takes its name from the Iron Maiden song which is inspired by the famous Charge of the Light Brigade. Being a real ale enthusiast, vocalist Dickinson has developed a beer which has true depth of character. Most recently, Dickinson was the keynote speaker at the 2019 Craft Brewers Conference in Denver, Colorado.

TROOPER Light Brigade is a 4.1% ABV golden ale created by Iron Maiden vocalist Bruce Dickinson with Robinsons Brewery. Made using Chinook hops to give a fruity taste, complemented by Goldings for a rounded after taste. The flavor is malty with a citrus hop note and refreshing character and aroma. A portion of proceeds from the sale of this beer will be contributed to Help For Heroes (www.helpforheros.org.uk).

Look for Iron Maiden on its Legacy Of The Beast Tour to North America in 2019 for an extensive series of arena and amphitheater shows produced by Live Nation. The tour will cover a total of 33 cities right across the U.S.A. and Canada, including Portland, Oregon on Friday, September 6th where the band hasn’t played since 1987 on its Somewhere In Time Tour.