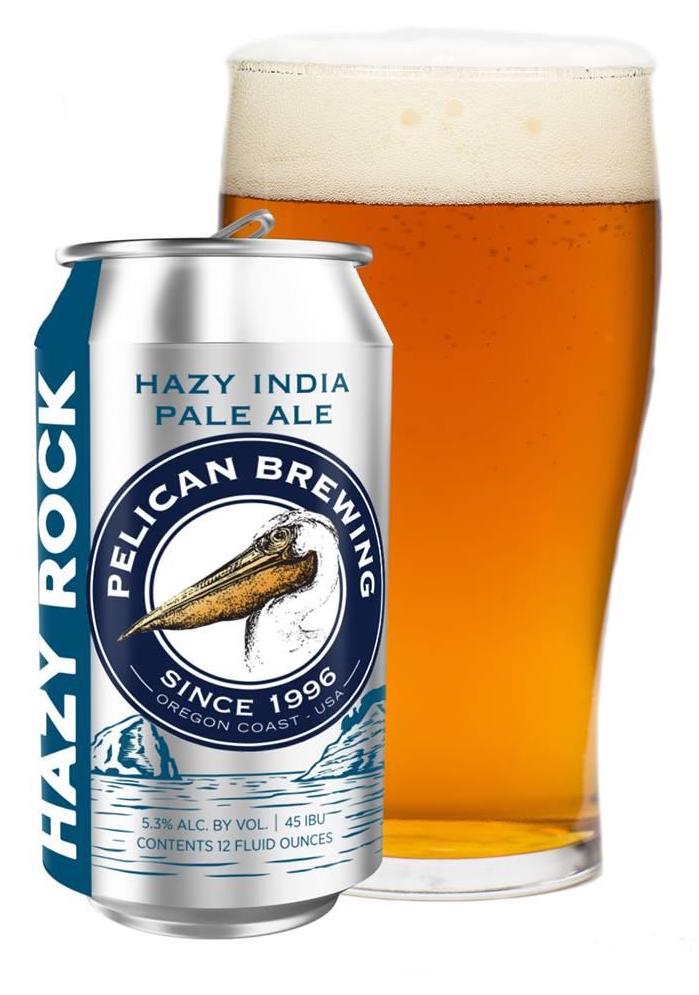 Having been brewing beer for its entirety along the Oregon Coast its surprising that it has taken Pelican Brewing Company this long to finally release a beer in a convenient 12 ounce can. Well this is about to happen when it introduces its new Hazy Rock Juicy IPA in 12 ounce, 6 pack cans.

“For our first ever can release, we imagined a new beer that would be ideal for a can— the hazy IPA style is such a fun and innovative take on IPA it seemed like a perfect fit and the result is a fresh and juicy IPA that we’ll be drinking on lazy summer days at the coast,” says Jim Prinzing, chief executive officer, Pelican Brewing Company. “As a beach brand, we love the idea of cans as an outdoor friendly vessel and we think our fellow fanatics will love this Pelican twist on the style.”

Hazy Rock, which debuts in the craft beer aisle in early July, will be available in 6-pack, 12 oz. cans, and on-tap.

Like all Pelican beers, Hazy Rock is born at the beach by a team of award-winning craft beer makers known for brewing styles of beer that they themselves love to drink. Cheers!