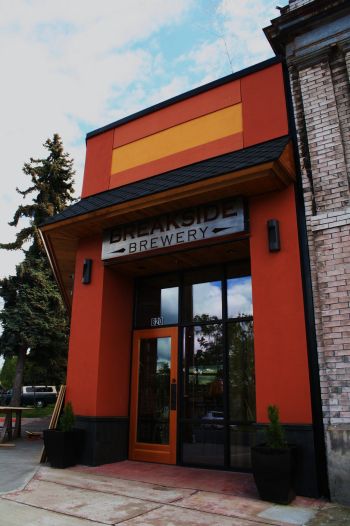 In case you missed it, Northeast Dekum in Portland has a great new craft beer establishment about to open. With beer spots opening at a seemingly unfathomable rate in Portland, Breakside Brewery has worked very hard to set themselves apart from the pack.

Located at the corner of NE Dekum and 8th Avenue in the far northern quadrant of the city, Breakside features a clean, artisanial ambiance, and promises craft beer and  house made food to match. Earlier this week, Brewpublic got a glimpse into the nearly finished work of this soon to be hopping establishment thanks to co-founder Scott Lawrence and a crew of laborers working hard to get the place open. 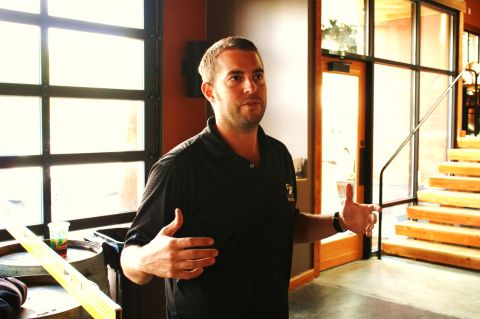 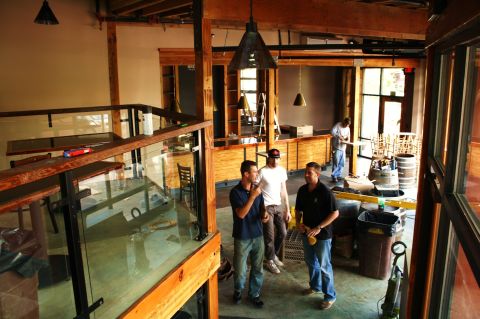 Lawrence says he anticipates Thursday of this week to be when a soft opening occurs. Twelve draught lines pour nothing but an assortment of choice craft brews. For the opening, look for options such as Oskar Blues Dales Pale Ale, Firestone Walker Union Jack IPA, Ommegang Hennepin, Southern Oregon Pin-up Porter, Dogfish Head Pestina Peche, Mount Hood Hogsback Oatmeal Stout, and more. The rotating craft beer selection is orchestrated in part by brewer Ben Edmunds. Edmunds, a Siebel Institute of Technology graduate known for his work with the Oregon Beer Odyssey, will work with brewer Sean White, who is currently working at Alameda Brewing, to provided house produced beers pending TTB approval. Lawrence anticipates Breakside’s own brews to be available to the public sometime in July. 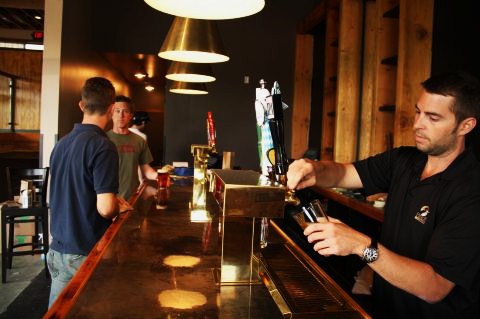 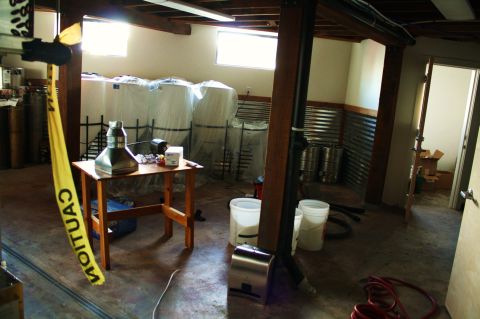 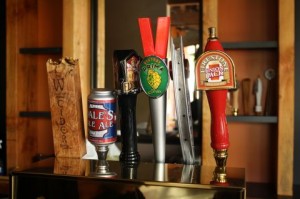 Breakside also is particularly focused on their artisan food menu as well. From scratch house made appetizers such as a hummus and marinated veggie plate, cured olives, deep fried pickles, buffalo wings, and fire roasted jalapeno poppers, and nachos are just a few options to get people started. Breakside’s kitchen will also offer burgers and sandwiches such as a blackened chicken burger, a pulled pork sandwich, a classic reuben, and their signature Breakside Burger. Called the “Cadillac of burgers,” the Breakside Burger is made from American Kobe-style beef from Snake River Farms filled with Rogue Smoky Blue Cheese and topped with roasted wild mushrooms and caramelized onions.

Here is an interview we conducted with Scott Lawrence regarding his soon to be open brewpub.

For more information on Breakside Brewery, visit their website: http://www.breaksidebrews.com