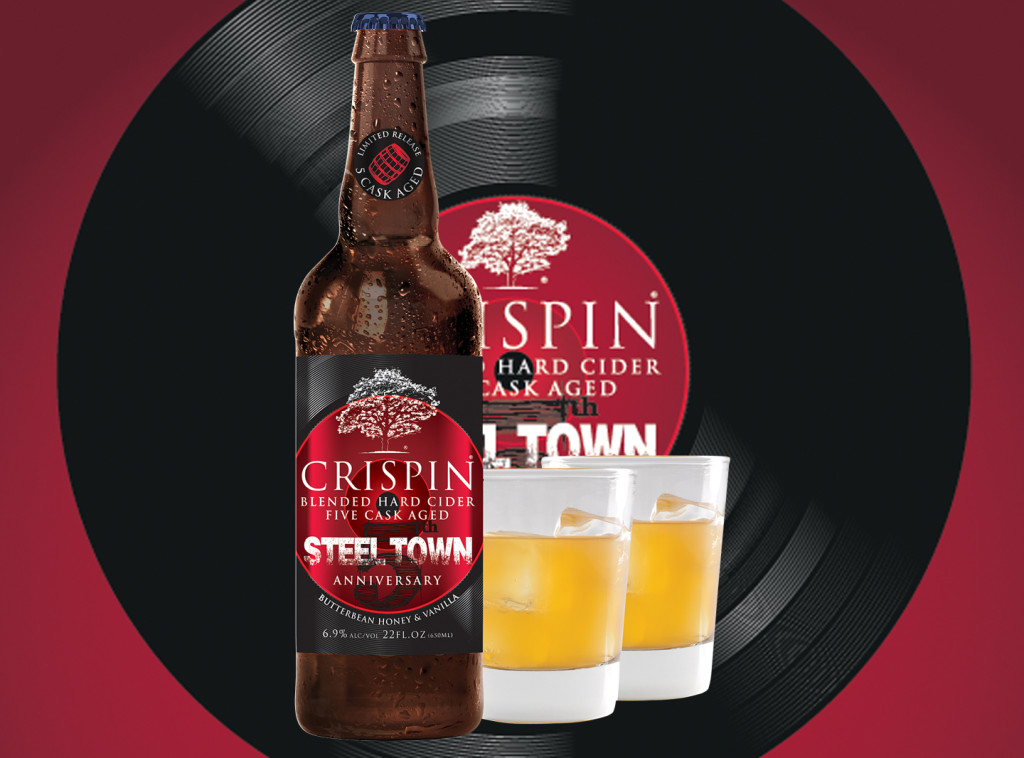 This one time production of 235 barrels is homage to Gary, Indiana and its history of producing some of the greatest soul music from the 60’s and 70’s.

A cask aged masterpiece worthy of a 5th Anniversary celebration. Colfax classic apple-wine aged with a loving touch in 5 distinctive barrels and harmoniously blended to showcase the character of 5 talented impresarios. 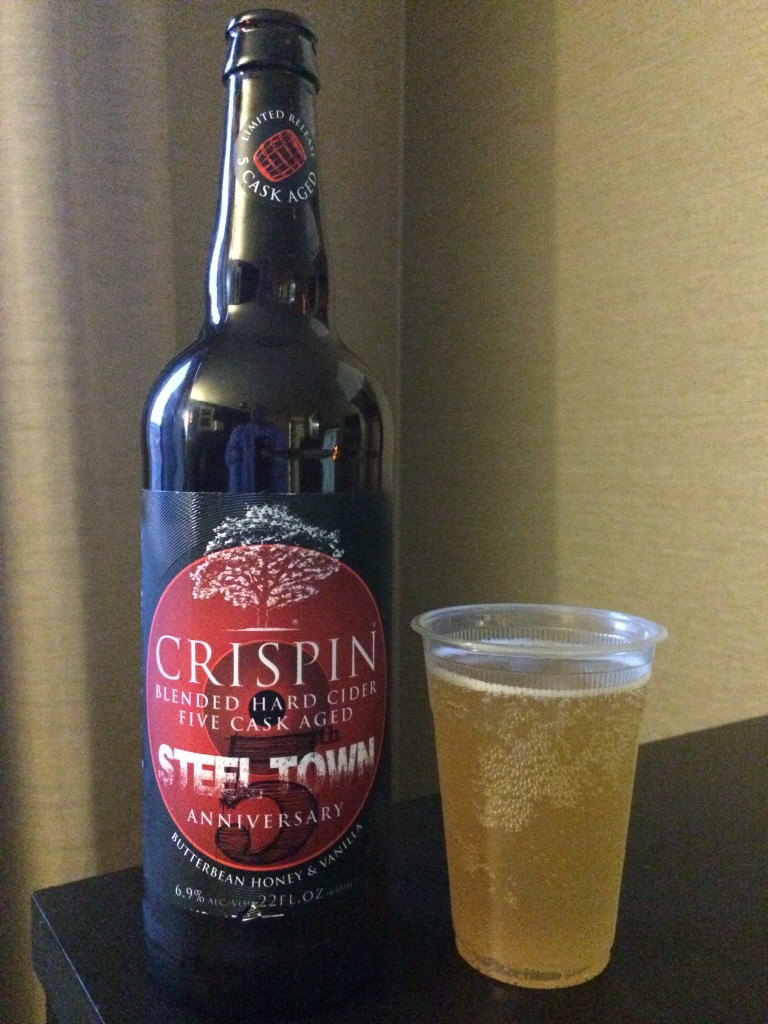 The cider was aged in five unique barrels, including bourbon, port, sherry, rye and red wine. It then was smoothed with butterbean honey and vanilla to create a complex flavor profile that’s quite enjoyable.

The sweet exuberance of Sherry supported by Port’s bass tones, layered with the soulful harmonies of Shiraz and Rye’s subtle spicy notes, all keeping pace with the unmistakable driving rhythm of Bourbon.

Crispin says prior to pouring, give a solid bottoms-up tilt and swirl to disperse sediment evenly and best enjoy the complex aroma and bouquet. Its best enjoyed at cellar temperature, 50/55F, with or without 1 or 2 ice cubes.

At a nice 6.9% ABV, Steel Town is a pleasant yet complex cider and one that we recommend seeking out.