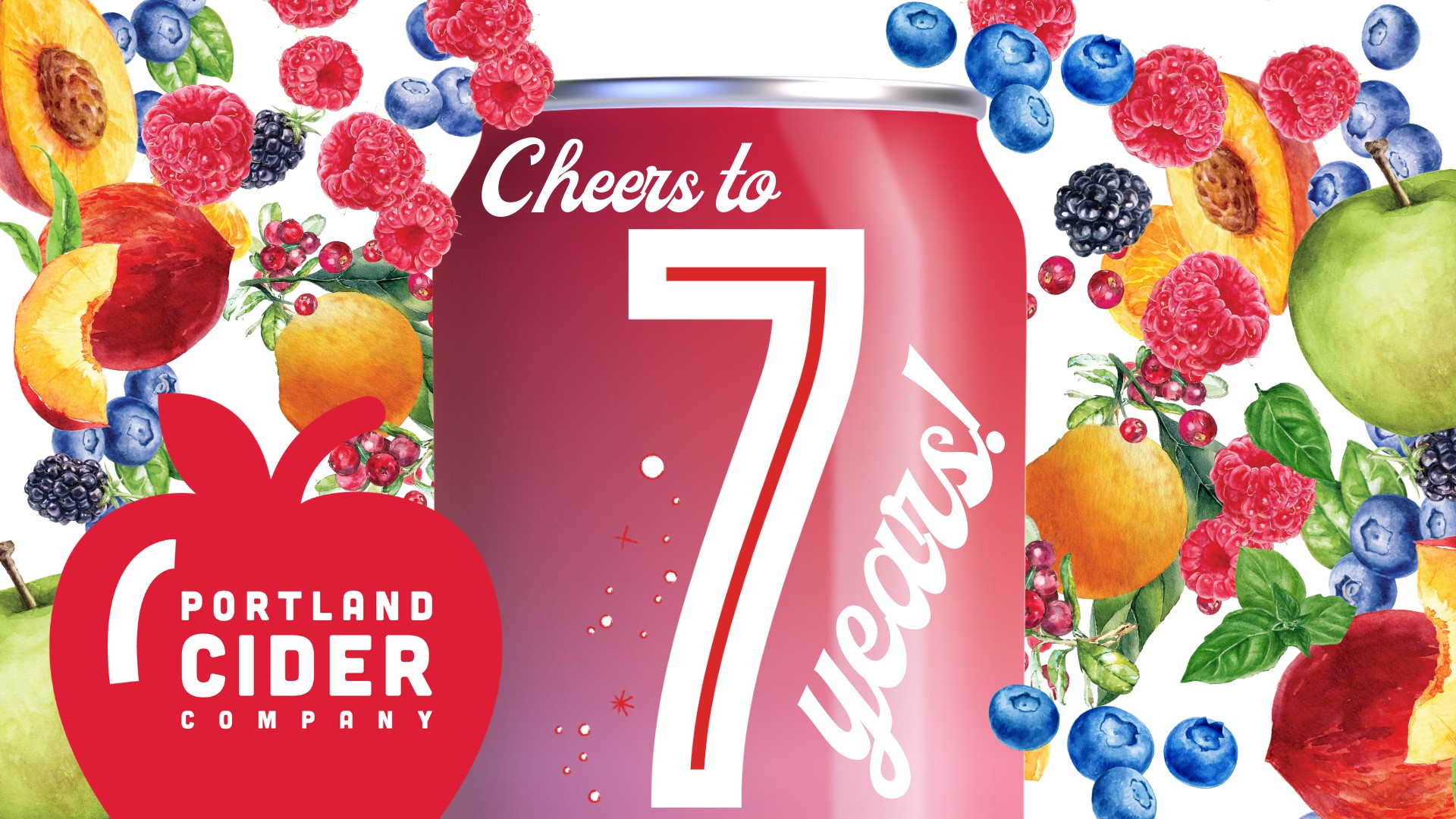 CLACKAMAS, Ore.––Feb. 11, 2020––Portland Cider Co., one of Oregon’s longest operating independent cider producers, was founded in 2013 by Jeff and Lynda Parrish, a husband and wife team making handcrafted cider in the English tradition with Northwest apples and fruits. The cidery is excited to mark its seventh anniversary in March with a “Cheers to Seven Years” public celebration. The event will take place on Saturday, March 7 from 3 p.m. to 9 p.m. at the company’s Clackamas Taproom and Cidery, located at 8925 SE Jannsen Rd., Bldg. F.

“Jeff and I are so proud of where our cidery is seven years after opening,” said Lynda Parrish. “We started making cider for ourselves and our friends back in 2009. The popularity of those ciders, literally made in the closet, told us we were on to something and inspired us to start Portland Cider Company. When we began selling ciders at farmers markets in 2013, we never thought the company would grow to what it is now––we’ve built a family of incredible employees, customers and retail partners that amaze us every day.”

The seventh anniversary celebration will include a special tappings bar offering more than 40 of the company’s favorite ciders and rarities pulled from the cellar. It will also feature cidery tours with the cidermakers; an anniversary bottle release of a classic scrumpy cider made with more than 15 different varieties of English and French cider apples grown in Yamhill County; a commemorative anniversary glass; on-site screen printing of an anniversary T-shirt; and a first taste of RazzBerry, the company’s upcoming seasonal release.

RazzBerry features loads of bright raspberries combined with Northwest-grown apples, a touch of lemon zest, and juicy Hood River Valley pears. The anniversary party will be the first time the public can taste this new, refreshing offering, which will be available on draft, in 19.2-ounce cans, and in six packs of 12-ounce cans later in March.

Admission to the “Cheers to Seven Years” anniversary celebration is free; to consume cider, attendees ages 21+ need to purchase a $20 package that includes a commemorative glass and eight drink tickets when purchased onsite; or a commemorative glass and 10 drink tickets when purchased in advance at Merctickets.com. With more than 40 different ciders to try, guests are encouraged to sample with four-ounce sample pours per ticket. For more information, visit www.portlandcider.com, follow the Facebook event page, and engage on social media at @PortlandCider.