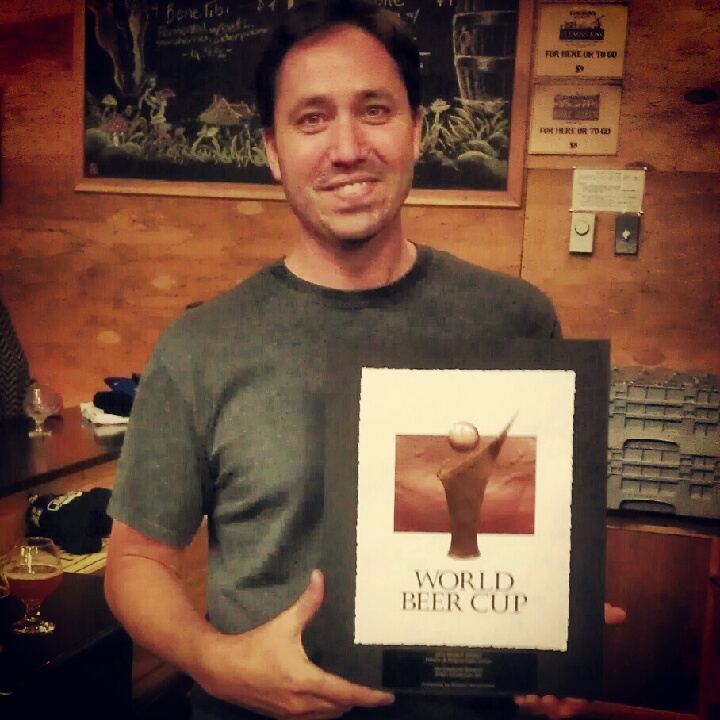 If you haven’t noticed, The Commons Brewery of Southeast Portland, OR has been putting forth some truly inspirational craft beers in their short history. Already taking home a bronze medal for their Urban Farmhouse Ale at the 2012 World Beer Cup, the inventiveness of the small brewery seems to know no bounds as they soon head off to the Great American Beer Festival (GABF) to showcase their wares to a nation of craft beer enthusiasts. 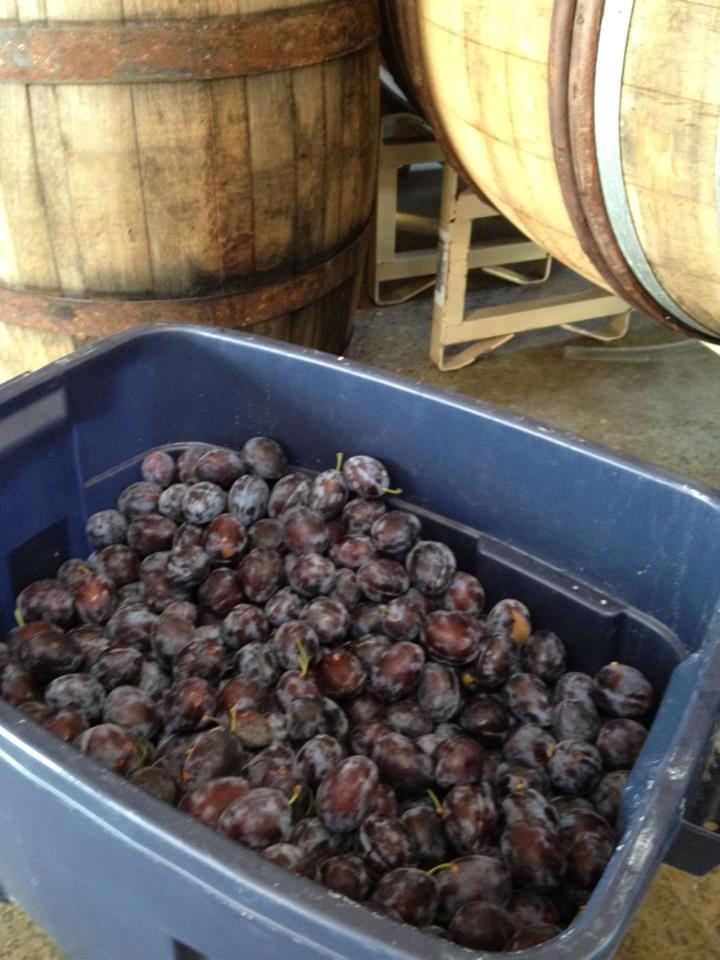 “We are brewing Urban Farmhouse, Madrone, Blonde, Pale Evening draft pretty regularly.” says founding brewer Mike Wright. Wright,head brewer Sean Burke and Josh Grgas have been quite busy working on one off’s, barrel-aged specialties such as their Eleanor – a barrel-aged rendition of their acclaimed Urban Farmhouse Ale. “This beer is brewed with magic.” Wright tells us. The Commons are also making a barrel-aged Urban Farmhouse Ale with harvest plums which will provide their own brux funk and complexities to the brew. They’ve also got another farmhouse brew barrel-aged with what Wright calls “a new-to-us strain of Brett.” 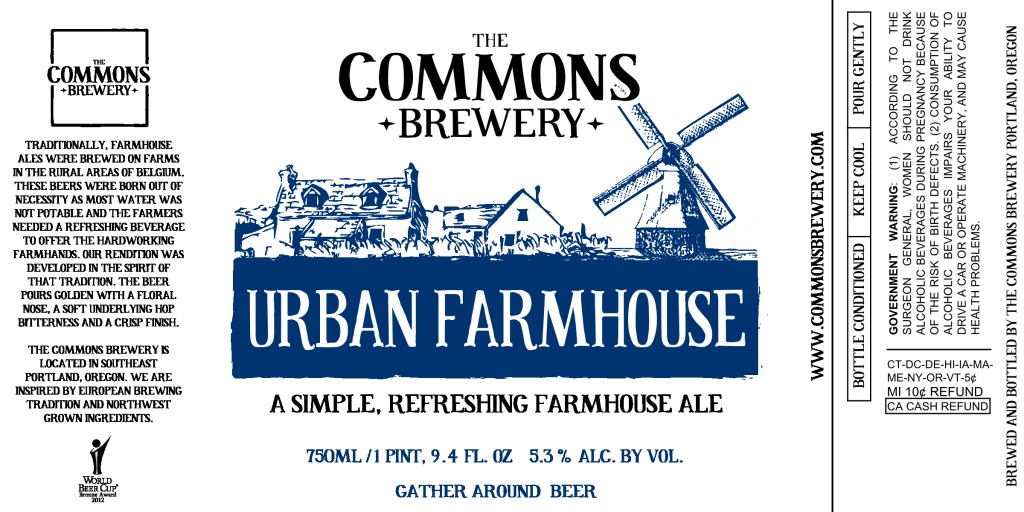 Grgas also shared with us some of the recent and noteworthy goings-on happening with this farmhouse-inspired microbrewery.

Bottles – We’re keeping Urban Farmhouse and Flemish Kiss as year round bottle offerings, with the hope of consistently having a seasonal bottle and the occasional one-off specialty release.
Currently Wit is our seasonal, but we’re hoping to have Fleur de Ferme, our dark farmhouse with hibiscus, lavender and chamomile, in the bottle for the first time sometime in October. Once winter has arrived we’ll have Little Brother, our Belgian Dark Strong, as well as the Bourbon aged version, Bourbon Little Brother, in bottles. The beer has already been brewed with the straight version conditioning in our cold tank to mellow and develop, while the Bourbon version is already sitting in some wet Heaven Hill barrels. 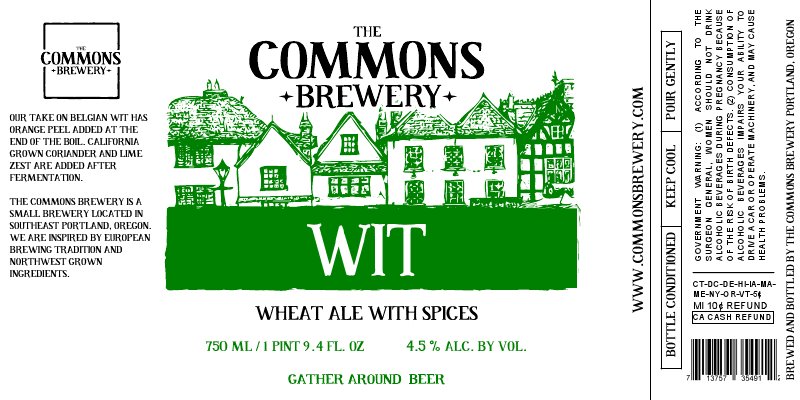 Barrels – I just picked up a few White Wine barrels from Adelsheim today which we’re going to inoculate with a Brett strain cultured from Drie Fonteinen and hopefully launch a sister product to Flemish Kiss called B Side. This will hopefully be a golden farmhouse ale primary fermented with our house farmhouse strain, then racked into these wine barrels and allowed to ferment with the Drie strain for about 5-6 weeks before being packaged and bottle conditioned. 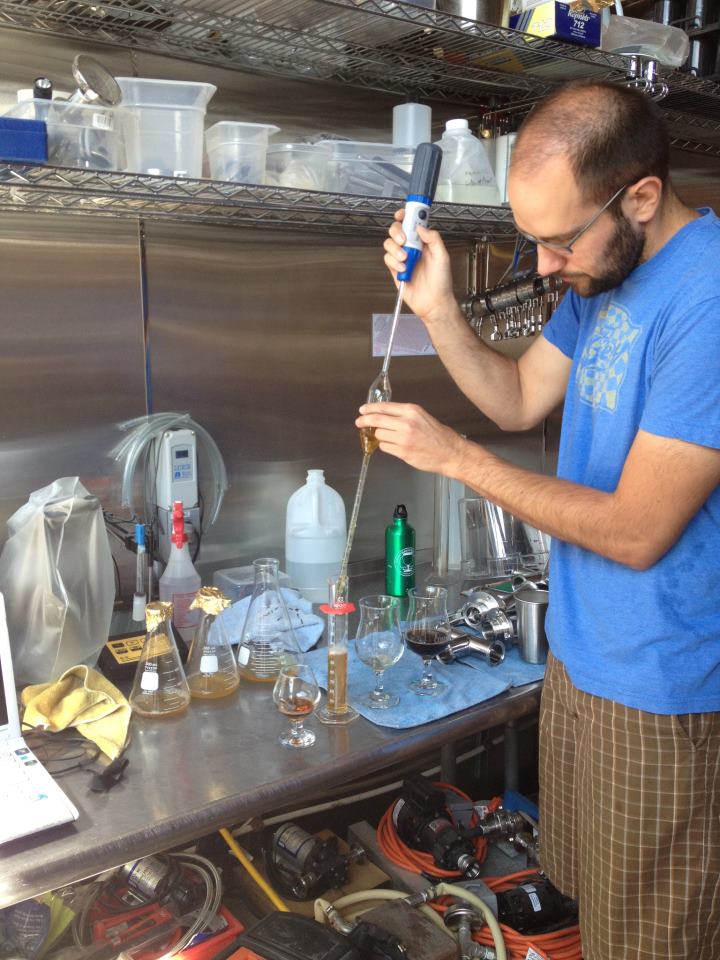 We’re also expanding our stock of Eleanor, which is a sour farmhouse ale with magic. Originally a single barrel with some unique microflora, we’re hoping to carry over those organisms to other barrels and bottle this beer as a specialty release when it’s ready. Eleanor was originally released at this past Portland Cheers to Belgian Beers where it was one of the People’s choice finalists. We’re pretty excited about this beer and eager to have a bottle conditioned version to reach a wider audience. The release will coincide with a sour tap takeover of our tasting room taps. 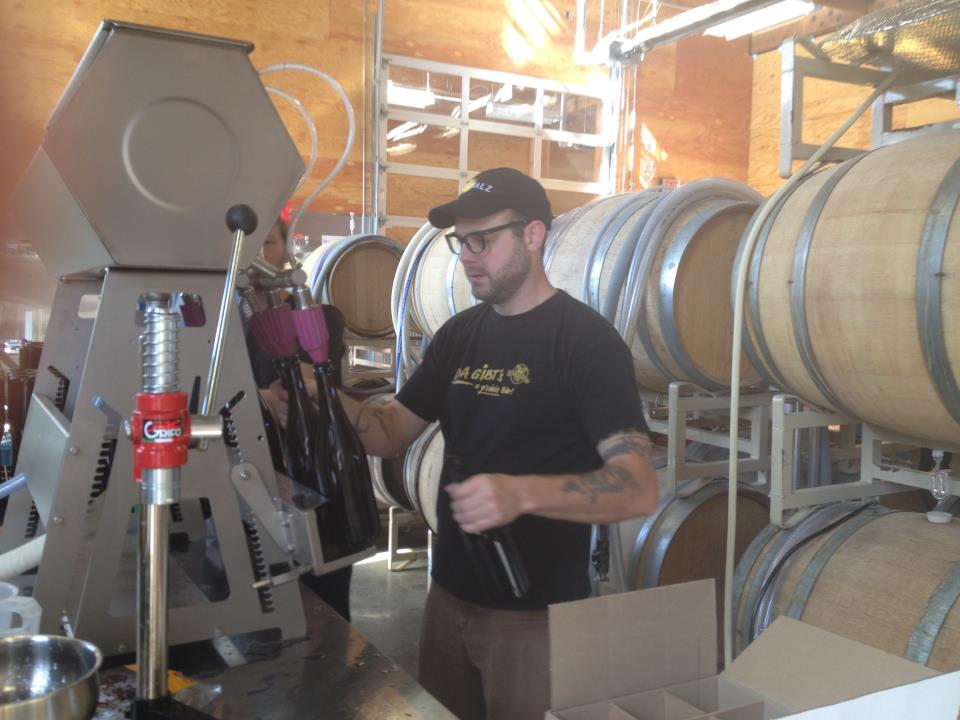 There are also few smaller one off projects in the works, like a brett farmhouse ale being aged on fresh Italian Plums and a Gin barrel aged Belgian Single with rye and malted spelt.
In the meantime, Sean just brewed a really crisp, refreshing Golden Ale with homegrown Lemon Balm called Golden Harvest, we’ve got another batch of our Berliner Weisse in the tanks and on Friday we’re brewing our first 7bbl fresh hop beer, a sour farmhouse ale with fresh Meridian hops.
Burke also informs us that the brewery will being brewing their Berliner Weiss next week as well.
For more on The Commons ever expanding and developing menu of craft brew creations, check out their beers page here.
Tags:barrel-aged, Brewmaster, Cascadia, Craft Beer, farmhouse, fresh hops, fruit beer, GABF, Josh Grgas, Mike Wright, Oregon, Pacific Northwest, Portland, Saison, Sean Burke, sour beer, Southeast Portland, The Beermongers, The Commons, wit, witbier, World Beer Cup