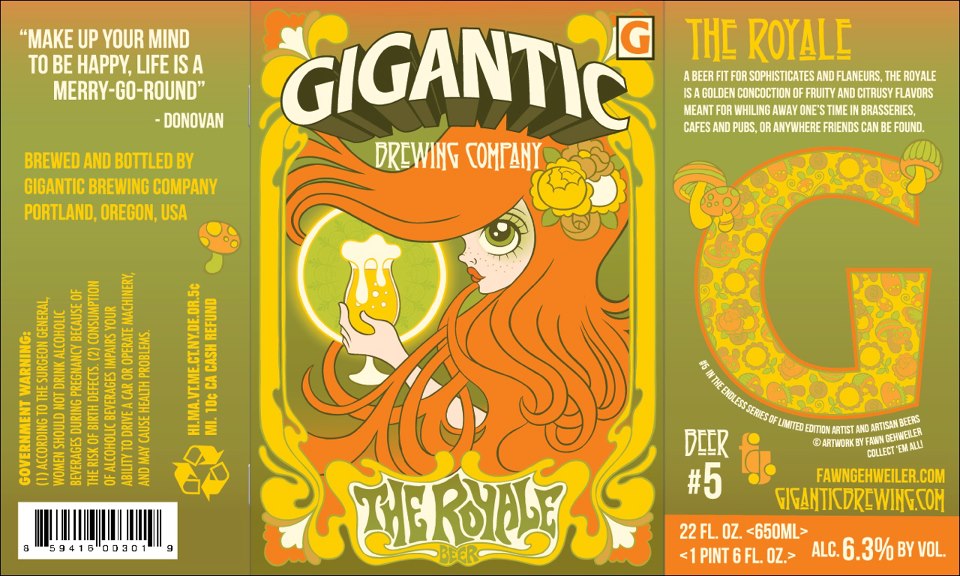 “A beer for sophisticates and flaneurs, The Royal is a golden concoction of fruity and citrusy flavors meant for whiling away one’s time in brasseries, cafes, and pubs, or anywhere friends can be found.”

Gigantic Brewing‘s forthcoming release, The Royale is a Belgian Pale Ale. 6.3% ABV, the brew uses Weyermann Pils as its base malt, as well as a bit of  Munich and Crystal malt. For spicing and aroma, it is hopped with Cascade, Crystal and Mt Hood. This beer denotes the fifth release in what the brewery calls “the endless series of limited edition of artists and artisan beers.” The striking label art for The Royale is that of Fawn Gehweiler, who currently resides in Portland, Oregon. 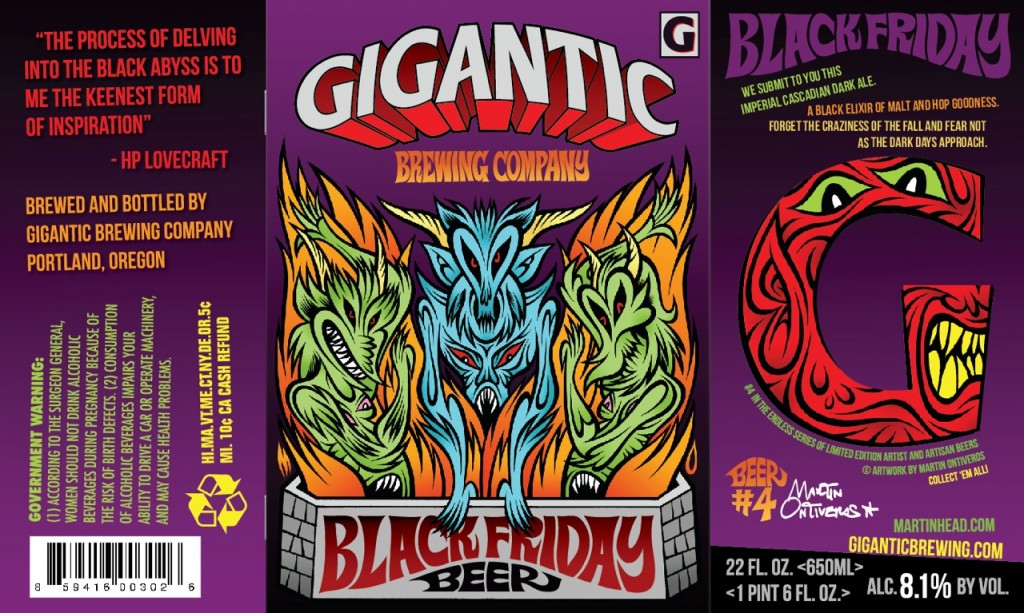 Black Friday, a citrusy roasty and bold (8.1% ABV) Northwest ale is the fourth release in Gigantic’s limited series. Its label features the eye-popping artwork of Martin Ontiveros, a painter also hailing from Portland. Look for these beer on draught and in limited bottles while supplies last.