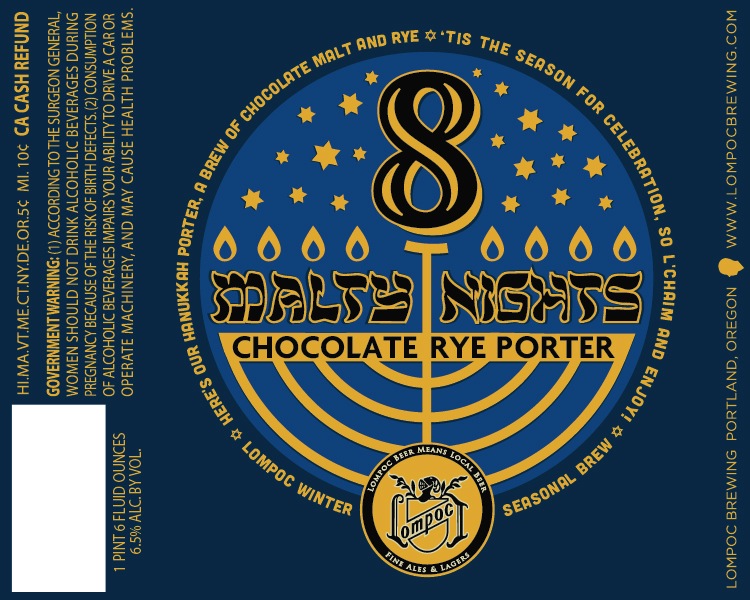 Lompoc Brewing, known for releasing a ridiculous amount of holiday seasonals every year, has once again lived up to its reputation. The annual Lompoc Holiday Beer Extravaganza will showcase the draft release of seven different holiday beers, two of which will also be available in bottles. The lineup includes 8 Malty Nights, Portland’s first Hanukkah beer and one of the only Hanukkah beers in the nation. The release party will take place on Tuesday, Nov. 27th from 4 to 10 pm at the Lompoc Sidebar, located at 3901 N Williams Ave.