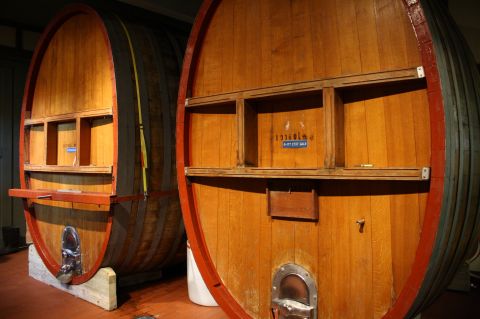 Here we are at Oregon Craft Beer Month day #16. This means we’ve survive half of this amazing month of great brews. Here’s a look at some fun craft beer related events that might be of interest to you.

Puckerfest’s Blend Your Own Lambic Night – Bob Leggett and Mark Stratton of Artisanal Imports will provide insight on the blending of Lambics at Belmont Station. Then you will have a chance to blend your own from an 18-20 month oak aged Lambic and a younger version (six months old). Enjoy your personal blend alongside a glass of Cuvee de Jacobin. Note: Belmont Station will be reserving a part of the Biercafe for this event. However, they will run continuous sessions, so if you miss out on one go round, you can hang out and join the next! And outside seating will not be reserved. Belmont Station will start selling tickets at 5PM. They are still not certain of price since the beer is showing up today just before the event. Expect it to be between $8 and $20 and tickets will be cash only.

Rock Bottom Oud Heverlee Release Party – Named for a Belgian municipality in the country’s Flemish region, Oud Heverlee is a special Saison concocted by Rock Bottom brewmaster Van Havig. Employing the La Chouffe yeast strain, this effervescent pale ale possesses notes of clove and apricot, though the beer itself contains no added spices or fruits. Havig says the beer is “reasonably hopped…even a bit aggressive with Sterlings that give it a bitter, floral, and lemony finish.” Listed as containing 66.6 IBU and an ABV of 6.6%, Havig tells us that its likely more in the range of 45 IBU and 6.5% ABV. “(Oud Heverlee) smells noble hoppy with a hint of caramel, subdued. It has a nice balance and the finish is quite spicy” Havig adds. In case you missed it, Rock Bottom released special conditioned bottles of the beer on Wednesday July 14 at Steve’s Cheese Bar where the brewer spun records. Limited bottles are still available only  at Steve’s. Look for Oud Heverlee at the Oregon Brewers Festival, too! Tonight’s Rock Bottom tapping of Oud Heverlee starts at 5:30PM. 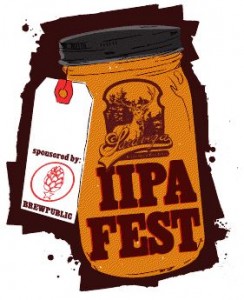 Imperial IPA Fest Washington Night – If last night’s kick-off to Saraveza’s IIPA Fest was any indication of the rest of the week, you can count a healthy crowd of beer lovers and plenty of sticky and resinous brews. Tonight’s IIPA night features two of Washington’s favorite breweries and the people involved in the process. Lazy Boy Brewing of Everett, WA will be in the house with a prototype IPA called “Extra” brewed specifically for this fun event. Brewer Shawn Loring will be in the house to meet folks and talk about his passion (you guessed it, beer!). The crew from Pike Brewing in Seattle, one of the city’s best known and most beloved breweries, will be on hand as well with their Double IPA. In addition to these fine Washington brews, Saraveza will also be feature three 100+ IBU brutes: Victory Hop Wallop (8.5% 100+ IBU) of Downingtown, PA, Lagunita’s Hop Stoopid (8% ABV, 102 IBU) of Petaluma, CA, and Southern Tier Unearthly (a beer that lives up to its name at 9.8% ABV, 153 IBU) of Lakewood, NY. A few other beer will be in the cooler “bullpen” if and when any of these starting five kegs are kicked. Patrons will be able to take 32 ounce jars of any of these beers to go at a special discounted rate. We’ll see you there! 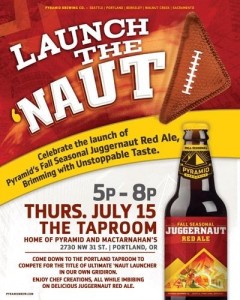 Pyramid Juggernaut Release Party – It’s ain’t autumn yet, but you can drink like it is with Pyramid‘s Juggernaut Red Ale. . Big on caramel malts and some sticky Simcoe and Cascade hops. “The return of Juggernaut signals that Fall is approaching,” said Mike Brown, Commissioner of Inspiration and Aspiration for Pyramid Breweries. “This beer is perfectly primed to compliment the season in which it’s poured – geared up for all the tailgating, warm days and cool nights, and seasonal festivities you can handle.” (Dude, it’s July 15, don’t speak of fall just yet. It seems that the sun just started shining last week.) Get your sneak peak of this beer tonight at MacTarnahan’s Taproom. Available from August – September, Juggernaut is big on taste but short on time. The delicious Red Ale is available on draft, in 12oz and 22oz bottles, 6-packs, 12-packs.

For a complete listing of events tonight, visit our calendar page.