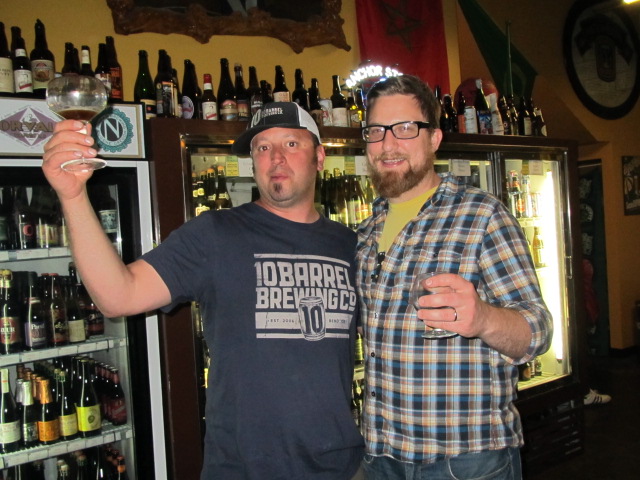 It was a weekend filled with brews, birthdays, and beer bashes.

To keep the alliteration rolling, Friday was a Bend beer ball at The BeerMongers. Brewers and representatives from around the Bend and Central Oregon region made the trek to Portland to share some of their finer offerings. Highlights included having Tonya Cornett of Bend Brewing, Jimmy Seifrit of 10 Barrel, Tyler Reichert of Silver Moon, Ryan Schmiege of Deschutes, and Tony Lawrence of Boneyard Beer in the house. 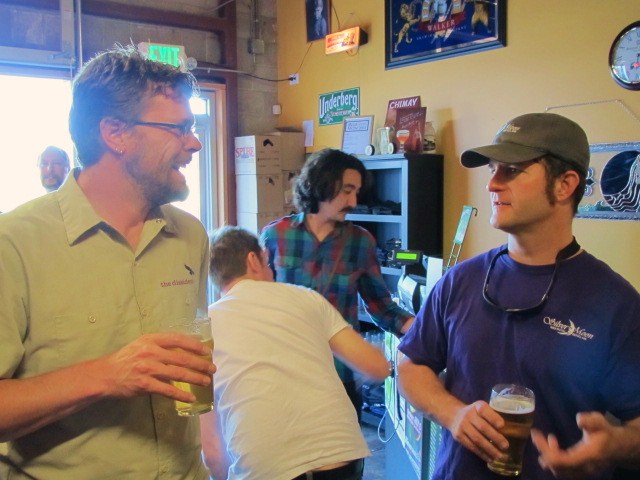 The taps were loaded with some Bend’s best, ranging from sessionable to extreme. On the light side, Three Creeks of Sisters brought their Golden Ale, Deschutes supplied their Portland brewed Armory XPA (an American Extra Pale Ale), and Silver Moon tapped their GABF medal-winning Bridge Creek Pilsner in addition to their quite popular Hop Fury IPA (the first keg to blow). Perhaps our favorite beer of the night was Bend Brewing’s Ching Ching, a light and slightly tart Berliner Weiss-style ale with pomegranite and hibiscus added. The result of this quenching beer was not only a spectacular subtle mesh of fruitiness and tartness, but also a beautiful garnet hue that beckoned us for repeat enjoyment. 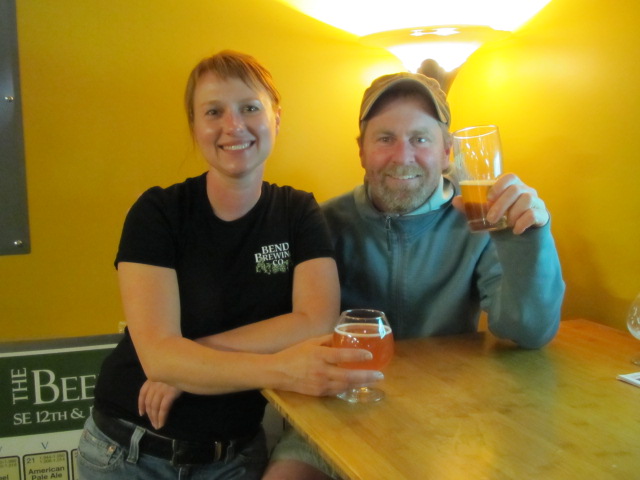 Cascade Lakes of Redmond, thanks to their state sales manager Scott Driggs, provided us with a newer IPA dubbed “Cyclops.” This brew at 6.9% ABV offered a very dry mouthfeel from British malts married with bold bitter Northwest hops. 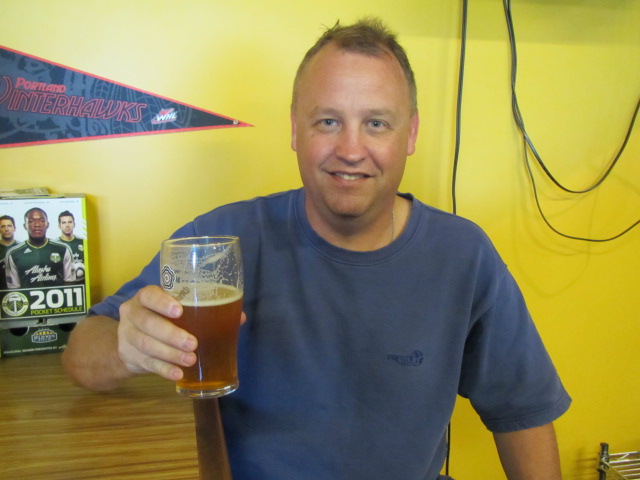 Boneyard Beer, as expected, didn’t come short on the hops side of matters. With still some of their Armored Fist Imperial Cascadian Dark Ale left from their popular Boneyard Beer Night on July 1st, the Boneyarders added a hopped up “Diablo Rojo” Red Ale to the mix. 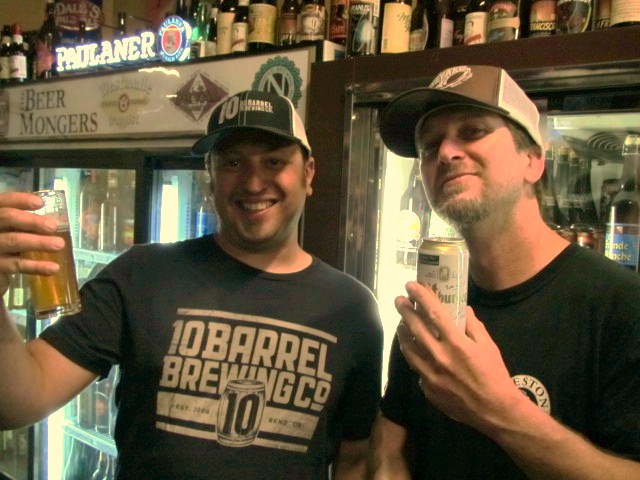 Undoubtedly the most extreme beer of the evening was 10 Barrel’s D.I.T.D. Belgian. In case you are wondering, the name is an acronym for “Dick in the Dirt,” an expression referring to the knock out power of this 14% ABV behemoth. Many folks questioned if this beer truly was so high in alcohol by volume as it claimed, because it was surprisingly smooth considering (tasted more like 8 or 9% ABV). 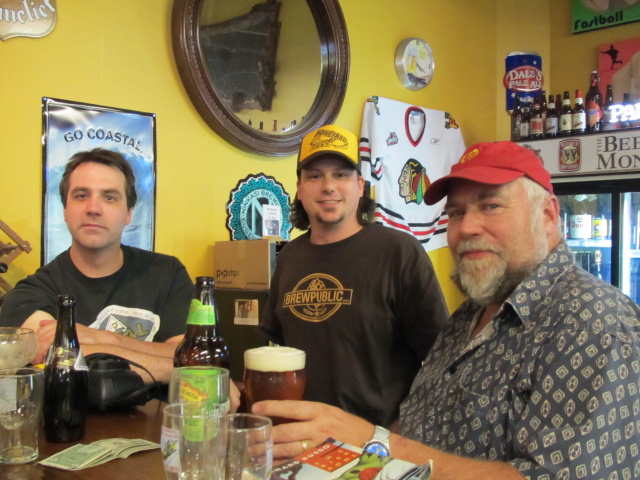 After a long session at a bustling BeerMongers, many folks committed themselves to a nightcap at APEX across the street where many a hopped out brew awaited.Friday was also our friend Dan Culver’s birthday. Dan, who is a frequent contributor to Brewpublic and the local craft beer cause, was saluted with many brews and Transformers cupcakes. 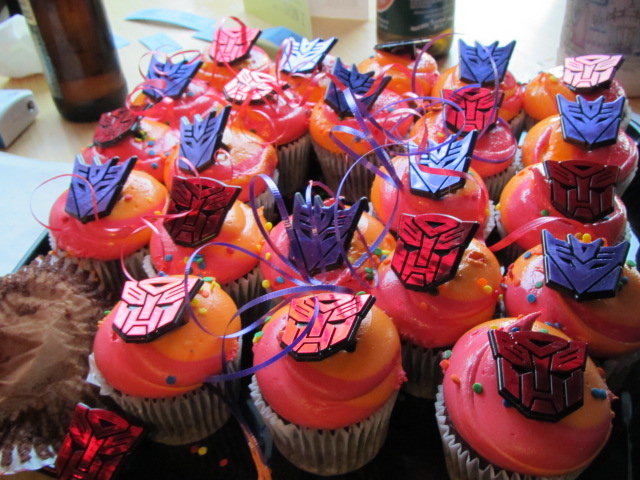 Saturday came soon enough and this meant many more events to be had. Three of our good friends suffered from birthdays on July 9th, and we countenanced alongside. But…not before getting involved in the 3rd Annual Craft Dash on the North side of town. In conjunction with the Mississippi Street Fair, the sold out event that is a cross between a pub crawl and a 5-K run. This year’s charity jaunt benefited Open Meadow, a foundation set out to “successfully re-engages disconnected youth in their education, providing academic and support services to those at high risk of dropping out of school.” After kicking off at 8AM at The Hop & Vine, the dash dipped in to many popular libation haunts such as Saraveza and ended up at Amnesia Brewing. 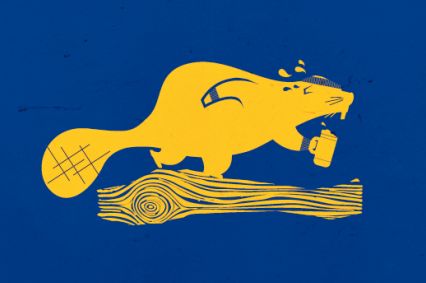 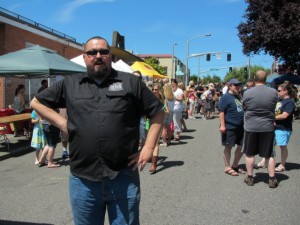 Also on Saturday was the first annual The Cans Fest organized by Jesse Cornett and the crew at The Guild Public House. For this all day event, NE 11th Avenue between Burnside and Couch Street was closed down to traffic. The sun pelted down on the crowd that was able to enjoy more than 30 canned craft brew flavors. Some brew that are not normal featured in Oregon were served as well. These included beers from SanTan Brewing (Chandler, AZ), Ska Brewing (Durango, CO), Two Beers Brewing (Seattle, WA), Central City Brewing (Surrey, BC), and Kenai River Brewing (Soldotna, AK). Considering the hot weather, we are glad we found some sun screen and some sessionable brews such as Fort George 1811 Lager, Black Star Double Dry Hopped Golden Lager, and Avery White Rascal Wit and Joe’s Premium American Pilsner. 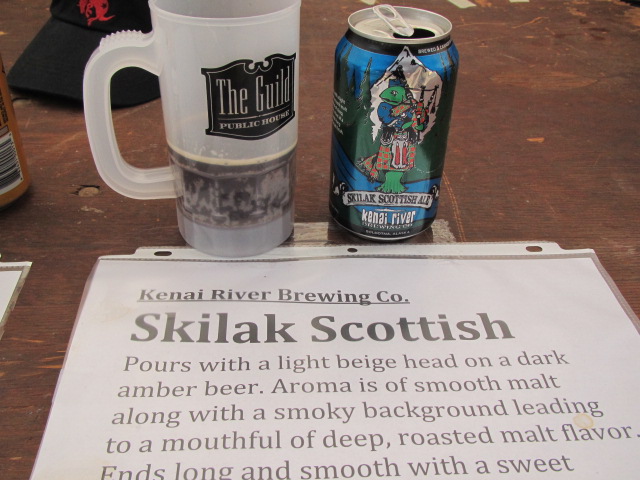 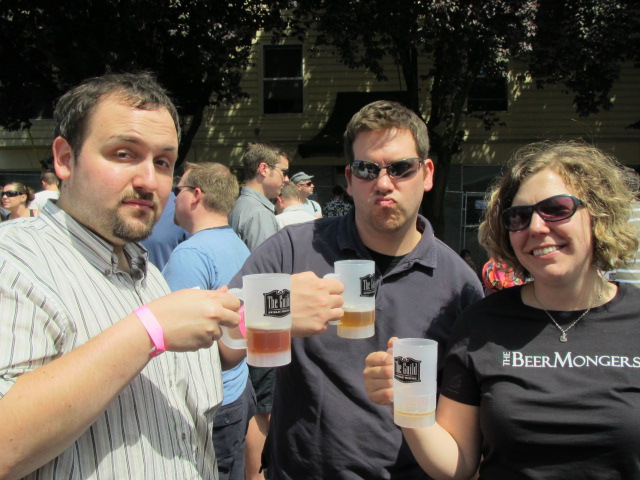 Saturday finished up with some birthday celebrating. Earlier in the day we filled eight growlers of beer for a late night party for our friend Stuart Valentine. We also celebrated the birth of our dear friend Amanda Wood Skourtis, who we also quaffed with at The Cans Fest, at The Hop & Vine (proving that this great bar is a perfect spot to start and finish a long day of tippling). 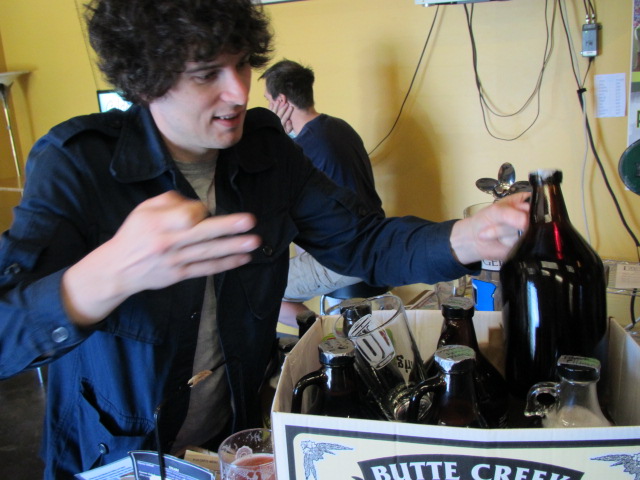 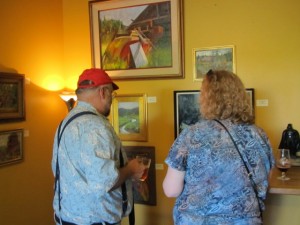 Perhaps the most notable and enjoyable of the day’s festivies was John Foyston‘s birthday celebration at The BeerMongers. For his big day, John had an art showing of some of his most recent paintings depicting some subtle and industrial beauty from around his home in Southeast Portland. Distinguished guests toasted the beloved beer champion, writer, artist, mechanic, and musician (dude’s got game!). Fred Eckhardt even made an appearance, as did original Belmont Station founder Joy Campbell, multifaceted beer maven Lisa Morrison, Saraveza general manager Jonathan Carmean, Lompoc’s Jerry Fechter and Bryan Keilty, Ninkasi’s Morgan Miller, and Plew’s Brews founders Randy and Terry Plew. A special keg of Anchor Steam Beer – John’s favorite – was on tap for this fun day as was his favorite IPA, Coalition 2 Dogs, brought over by brewery co-founder Elan Walsky. 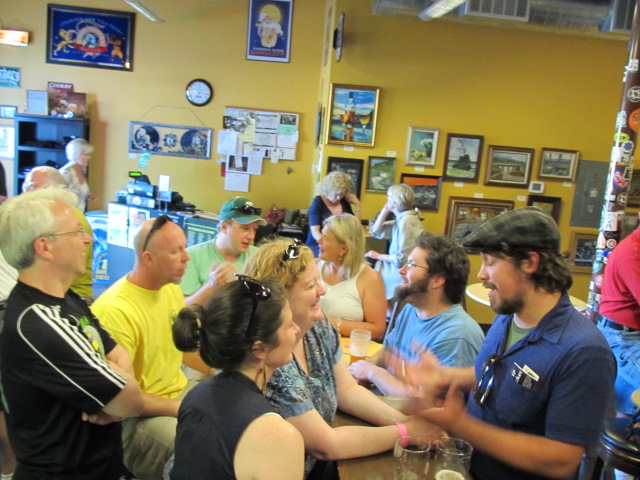 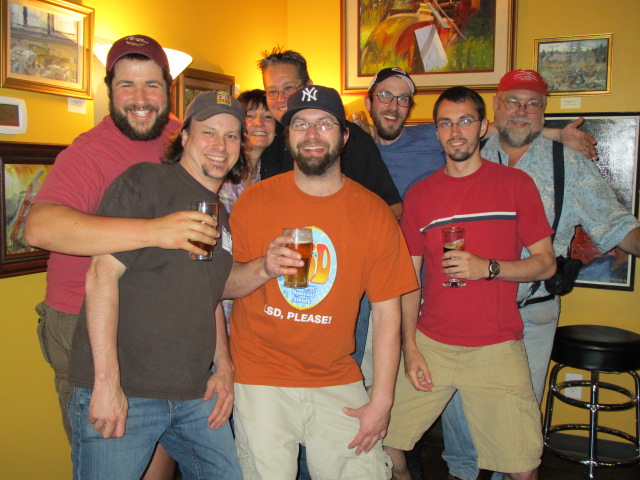 Sunday was a day to relax and drink no more than four imperial pints. We made some of our arrangements for attending this fall’s Great American Beer Festival. We hope you are going, too. Cheers!