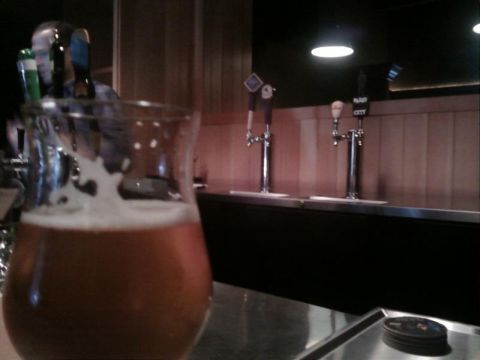 Vancouver, Washington is a unique cultural pocket that many Portlanders rarely explore.However, thanks to the creative beer-centric minds of David and Arlene Nunez of By The Bottle, this has been changing for metro area beer connoisseurs. In recent weeks, the quaint downtown Vancouver bottle shop has expanding into what was once back offices to put forth a comely taproom strewn with eight choice taps. Most of these draught options are brews that are not readily available across the Columbia River in Oregon.

Co-owner Arlene Nunez says “Things are rolling in our tap room. True to our vision, you can be sure to find something tasty on our draft list that you won’t be able to find within a 150 mile radius. Some of the beers we’ve offered so far aren’t even bottled. So, unless you’ve been to these breweries, chances are, you’ll be trying something you haven’t had before.”

Just across the river By The Bottle is a great option for beer nuts who simply want to try something different. And do to restrictive state beer distribution laws in both Oregon and Washington, the business offers Oregonians a dynamic offering of beers uncommon in the state.

Upon last notice, we have been informed of the following beers on tap at By The Bottle:

By The Bottle encourages patrons to feel free to bring in their own food, or support the local restaurants with some take-out. Currently the taproom is cash only.