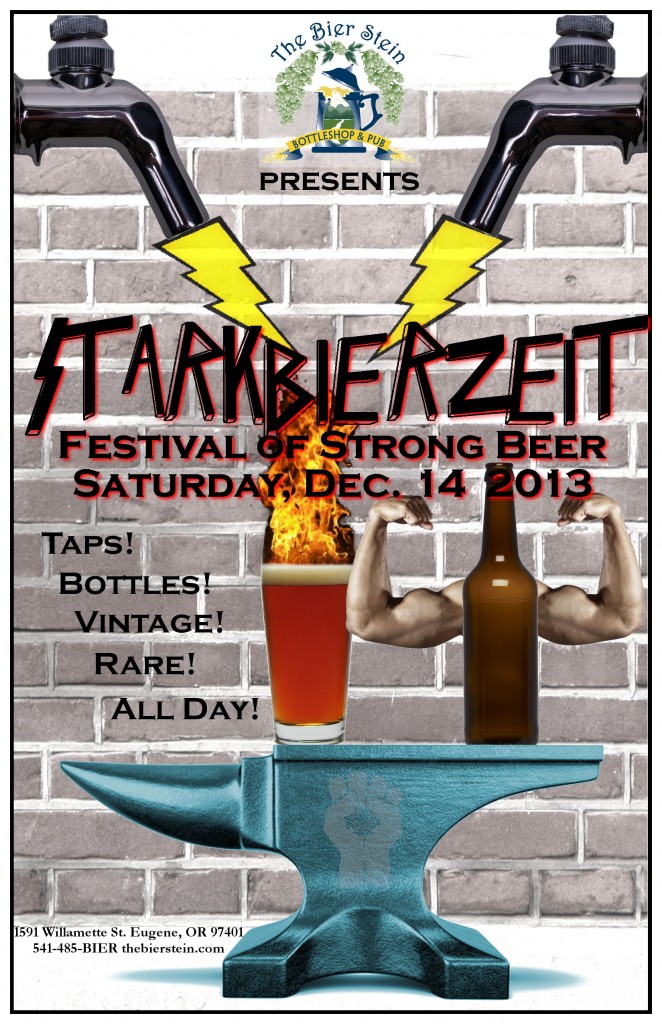 Eugene’s The Bier Stein is pulling out some big guns once again for its second Starkbierzeit: Festival of Strong Beer. The all-day event will feature high-gravity beers from around the world, focusing on rare and vintage ales. Half the taplist will be taken over, and roughly a dozen bottles will be pouring from 2pm until 10pm. Tickets for bottle tastings will be $1 apiece, and a 3oz. pour will range from one to four tickets.

Starkbierzeit means “strong beer season” in German. The tradition was started by the Paulaner monks during the Lenten fast in March. The Bier Stein is bucking tradition a little bit and bringing out some “warming” beers as the weather turns frigid rather than waiting for the beginning of spring. Come down and warm up at the bar or by the fireplace, enjoy some of the best strong ales around!

Here are some the beers we’ll have on tap: