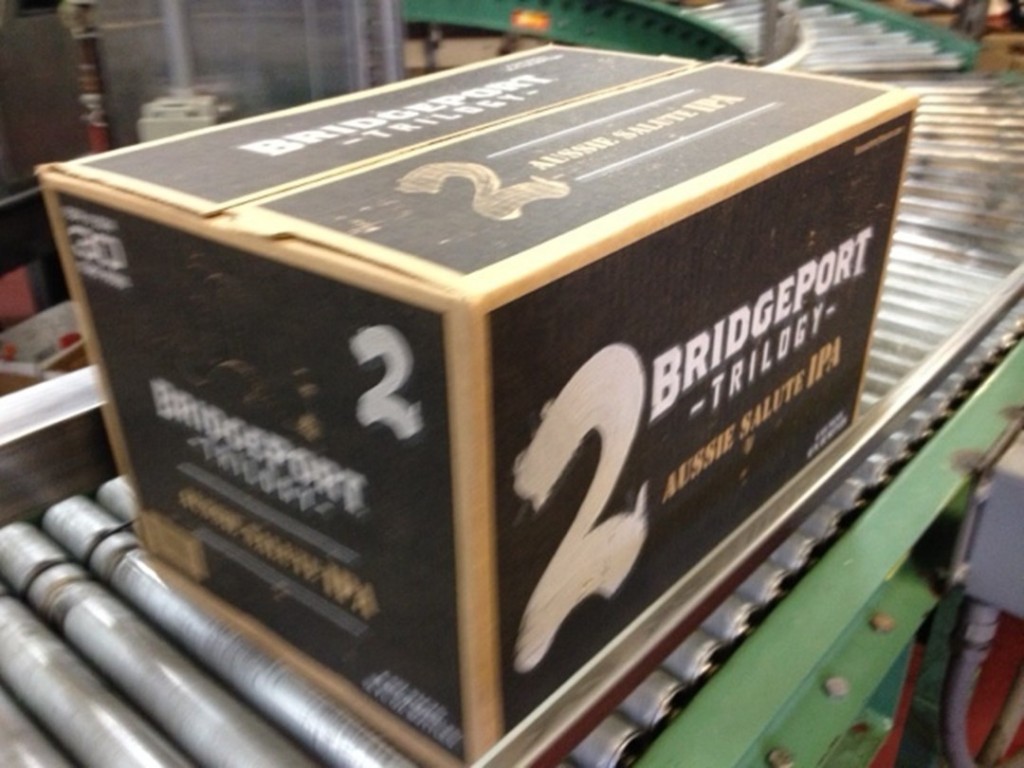 PORTLAND, Ore.—April 23, 2014 — BridgePort is proud to announce the next beer in its Trilogy Series, celebrating its history as Oregon’s oldest craft brewery. Trilogy 2, a cross continental collaboration between current brewmaster Jeff Edgerton and past brewmaster Phil Sexton, was created to mark a major milestone in BridgePort’s second decade of brewing – the creation of BridgePort IPA. Now widely seen as the brewery’s flagship beer, back in the mid 1990s it was labeled as aggressive and extravagantly hopped.

“When we created BridgePort IPA, the market was saturated with American Pale Ales,” recalls past brewmaster Phil Sexton, who now resides close to Melbourne, Australia. “We wanted to take the pale ale one step further and after reading about IPAs in old beer texts, I knew I’d found a beer that beer drinkers could get behind.” 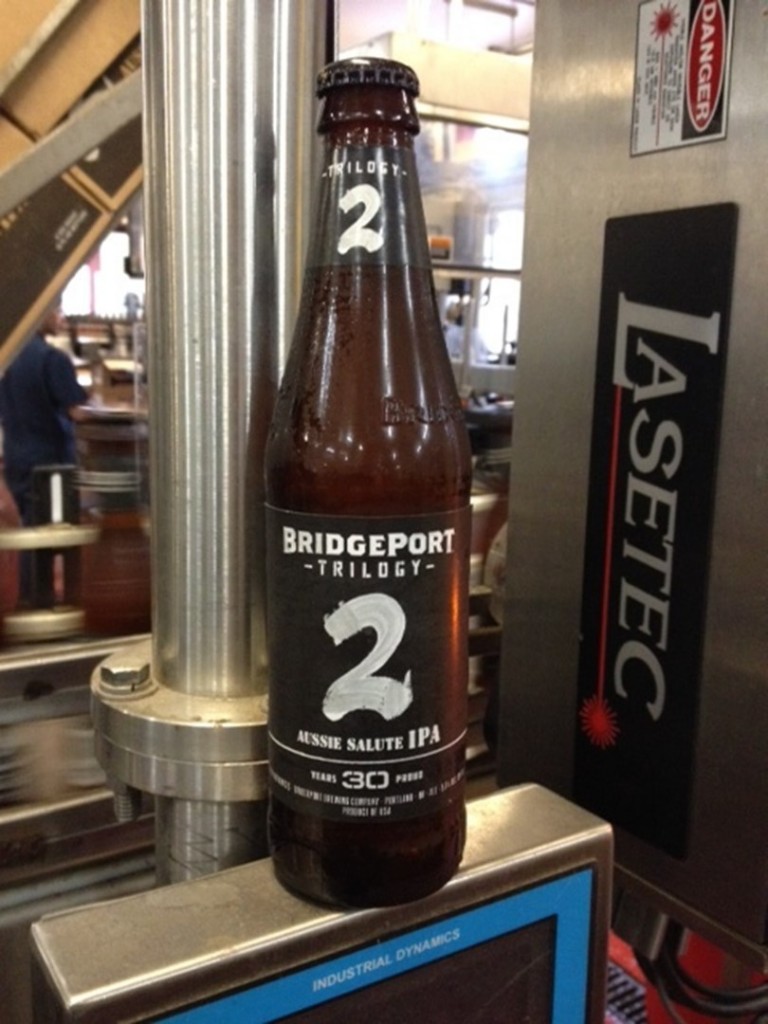 Now the IPA is a dominant offering in craft beer with subcategories including Double IPAs, Black IPAs, Imperial IPAs and Rye IPAs among others. BridgePort’s Aussie Salute IPA is a built on equal parts Two-Row Pale and Maris Otter malts and sent through the hop jack with Centennial and Chinook hops from Oregon’s Willamette Valley. These local hops are complimented by a dry hopping of two Australian varieties, Galaxy and Ella hops. The result is a hearty and hazy IPA that pays tribute to Phil and all the brewers past and present. ABV 5.8% | OG: 15.0 | IBUs 55

“This is the first time we’ve done a collaboration beer,” commented current BridgePort brewmaster Jeff Edgerton. “I really can’t think of a better guy to collaborate with than Phil. We talked mostly via email, bouncing ideas around. It’ll be great to hear what our fans think of this cross continental brew.” 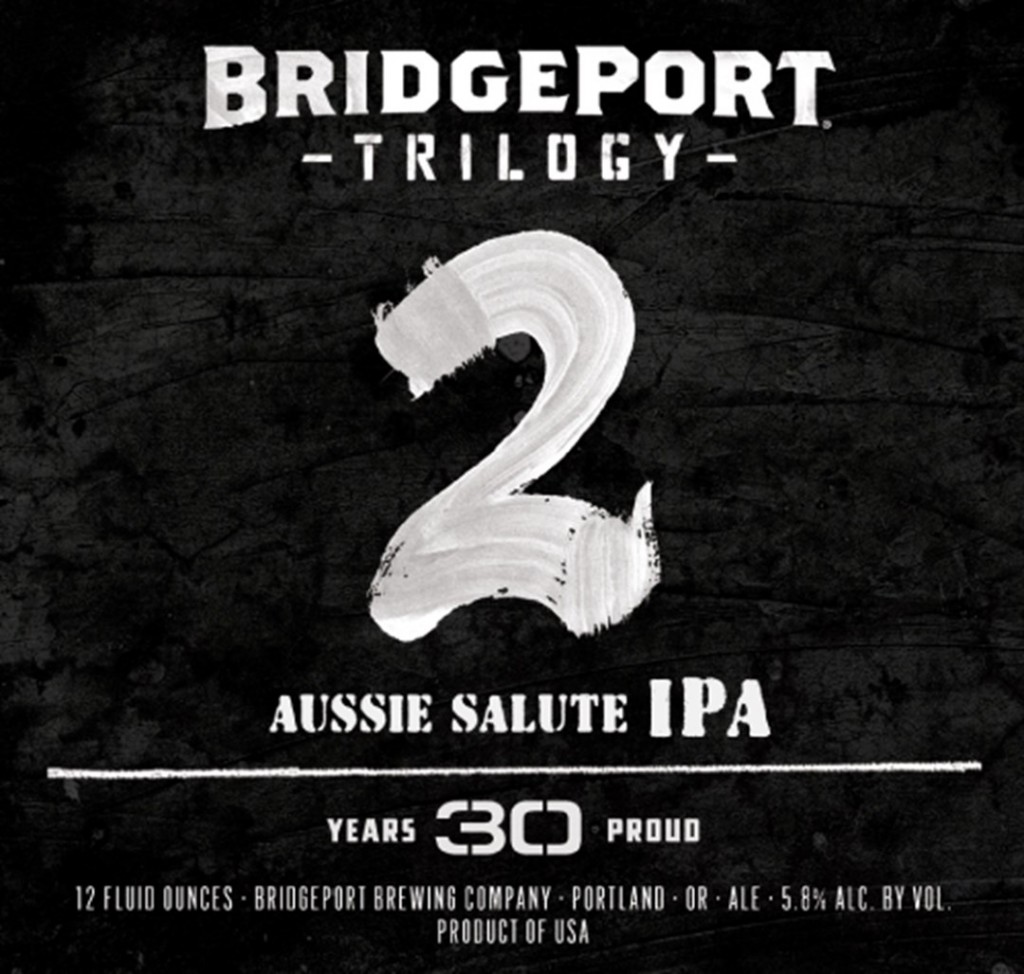 Trilogy 2 hits the shelves the first week of May in all major markets where BridgePort is sold. Fans of the Trilogy Series can expect the third and final beer, Trilogy 3, this September. For more information, visit www.BridgePortTrilogy.com.