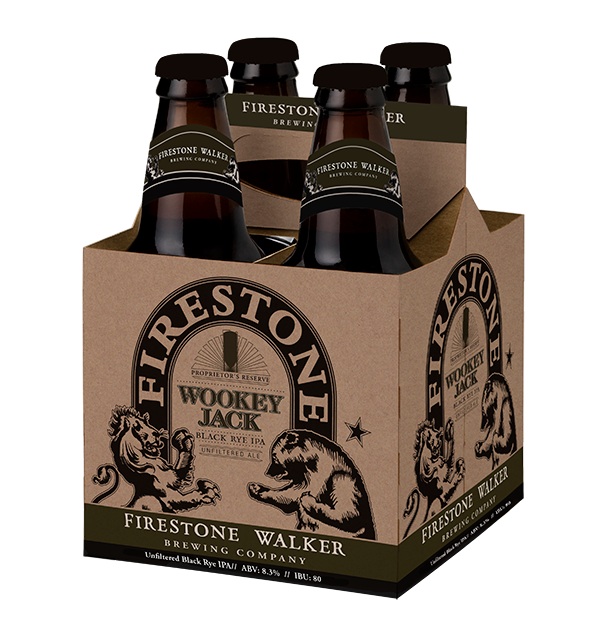 Paso Robles, CA: The world of Wookey Jack is about to get woolier with the release of Firestone Walker Brewing Company’s acclaimed black rye IPA in a new 12-ounce four-pack format.

“The original 22-ounce Wookey Jack can be challenging for one person to take down, but at least you can see it coming,” said Brewmaster Matt Brynildson. “In contrast, the 12-ounce Wookey Jacks are easier to handle by themselves, but they are more likely to gang up on you.”

Wookey Jack is widely regarded as one of the world’s finest black rye IPAs. Malted Rye and a dash of Cara Rye impart a spicy grain quality to the palate. Wookey Jack is double dry hopped with Citra and Amarillo hops, which bring a citrusy dimension to the aroma profile. A dash of “Wookey Dust” is said to bring a signature pungency. Wookey Jack is unfined and unfiltered to retain its bristly natural texture and character.

The origins of the name Wookey Jack are uncertain. Some say that it’s related to Brynildson’s favorite band, Phish. Co-proprietor and British expatriate David Walker suggests a connection to Wookey Hole, an English village noted for its dark caves and resident witch.

Regardless, watch your back, because the four-packs of Wookey Jack are hitting the streets this week.