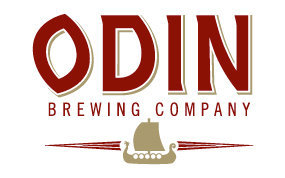 From an outstanding group of talented applicants, Matt Cook of Odin Brewing Company (Seattle, WA) has been named recipient of the Glen Hay Falconer Foundation scholarship to the American Brewers Guild.  Matt will be attending the American Brewers Guild’s Intensive Brewing Science & Engineering course that runs from January through June 2015. The Intensive Brewing Science & Engineering course is a 22-week distance education program with a final week of residential instruction. The course is designed for brewers and homebrewers who lack formal training in brewing science and covers all the fundamentals of beer production and quality assurance.

In making its final decision, the Selection Committee members were impressed by Matt’s level of demonstrated accomplishment as well as his true passion for the craft brewing movement. In the words of a committee member: “Matt really embodies what is means to be a Falconer Foundation recipient in the way he is naturally collaborative. He realizes that brewing less about his own noteworthy accomplishments than it is about lifting everyone’s skill level and infusing others with his palpable joy of brewing.” Another committee member added: “Matt clearly has superior technical aptitude in brewery engineering coupled with an innate curiosity. He takes these talents and orients them towards the customer experience.” This year set a record for the most applications ever submitted in the history of the Falconer Foundation brewing scholarship program. The committee noted that the applicant pool was the deepest ever in terms of qualifications, accomplishments, and talent. Rising to the top of such an incredible group of brewers is noteworthy in itself.

The brewing scholarship is a full-tuition grant along with travel stipend that is offered in collaboration with the American Brewers Guild. The American Brewers Guild is a premier school for the craft brewing industry dedicated to providing a comprehensive learning experience that focuses on the technical, scientific, and operational matters and issues that brewers face in a craft brewing environment.

The Falconer Foundation has granted 28 scholarships over the past decade and is dedicated to promoting knowledge and expertise in the craft brewing industry in memory and honor of Glen Hay Falconer.