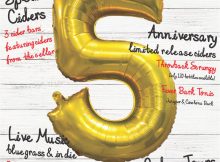 craft cider
Portland Cider Co., based outside of Portland in Clackamas will celebrate its 5th Anniversary on Saturday, March 3, 2018 from 4:00-10:00pm. This anniversary celebration will feature two new,
Read More 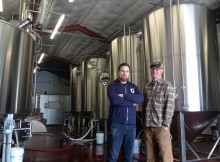 Uncategorized
Five years ago on September 5th, Sean Campbell and Craig Gulla opened the doors to their new bottle shop, The BeerMongers. Since this time there have been a
Read More